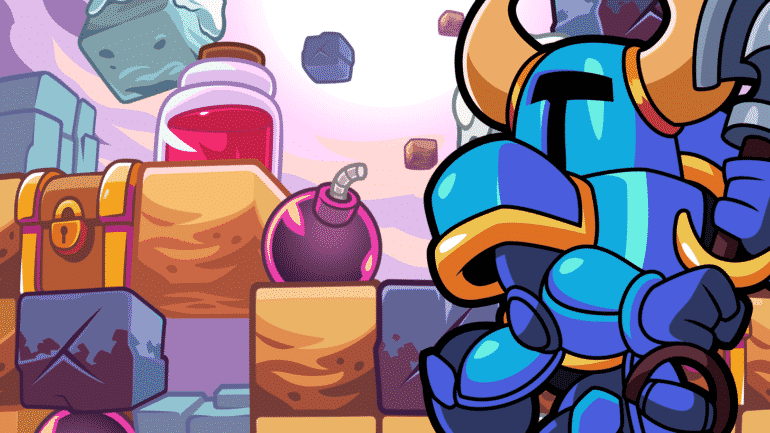 A fresh face, the Prism Knight, makes her debut in Shovel Knight Pocket Dungeon. This once popular platformer has been turned into a puzzle roguelite game for the PS4, Switch, and PC. The Familiar Knights are back!

In our Shovel Knight Pocket Dungeon Prism Knight Boss Fight guide, we’ll teach you how to best beat this boss.

Like other knights before her, you’ll face the Prism Knight in a boss fight. You’ll be able to unlock her as a playable Knight upon winning. If you’re excited to play as her, then our Shovel Knight Pocket Dungeon Prism Knight Boss Fight guide will teach you the best strategy to best her.

How to Defeat Prism Knight

To defeat the Prism Knight in Shovel Knight Pocket Dungeon, there are strategies that you can deploy to figure out her attack patterns. Here are the steps on how to defeat her:

You may see some crystals that don the arena you’re facing the Prism Knight in. Don’t prioritize them as they don’t actually do anything to hurt you. You can smash the crystals for extra gems or to make room should you need it against this boss. Ignore the Crabstals as well unless they become too troublesome to tolerate.

Instead, focus your attention on Prism Knight during your fight with her as she has a tendency of cloning herself. You can easily tell who is the real Prism Knight as her clones only have 1 HP and you’ll be able to see it when you’re next to them.

Prism Knight’s clones may only be 1 hit but they can attack you with energy beams from the square they’re in on any four directions. You’ll have to thin them out before they become too unbearable else you might find you’ll have no safe place to move to.

When you spot the real Prism Knight, keep focus on her. She’ll charge up for an attack leaving her vulnerable. It’s important that you attack her while she’s charging otherwise she will do an unavoidable energy attack from beneath you. The only way to stop her is to attack her to prevent her from charging.

After you’ve successfully defeated Prism Knight you can now play as her. She carries some pretty useful abilities that will allow you to swap places with anything on an adjacent tile to hers as well as teleport over two spaces on any empty tile. This makes Prism Knight excellent for getting out of any corner she’s trapped in.

And now you know to beat best beat the Prism Knight. Thanks for reading our Shovel Knight Pocket Dungeon Prism Knight Boss Fight guide! For more on Shovel Knight, feel free to check out our other articles.