A guide on how to beat the third boss of Sifu, Kuroki. 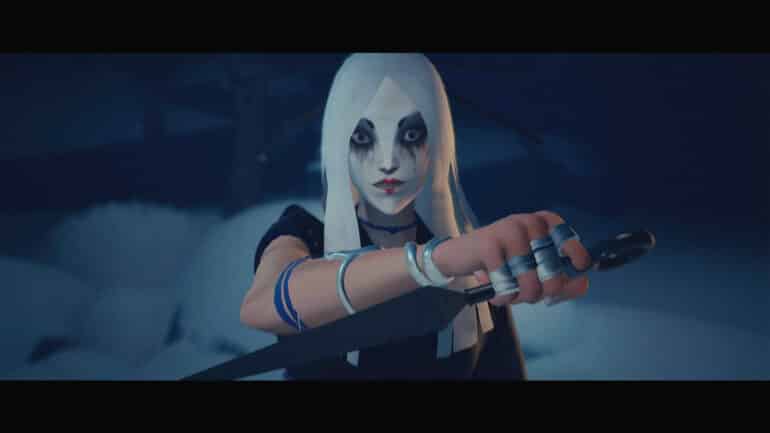 Kuroki is one of the bosses that you’ll fight against in Sifu. She is well versed with the aesthetic arts, as well as the art of using the bladed three-section staff. She was part of the group that killed martial arts masters in the city, including the protag’s father. In this guide, we will look into how to prepare against Kuroki including the tips and tricks to win the fight.

Kuroki is a mysterious Japanese woman who got exiled to China. She runs an art museum and is known in the group as “The Artist“. Little is known about her and her operations, but some rumors say that she has ties in the underground. She bears the water element in the group, as seen in the motif of her art exhibitions.

How to Prepare for Kuroki

As much as possible, you would want to bring a staff to Kuroki’s fight to help block and parry her strikes. You can get one from a statue just two rooms before the last arena, but you’d have to be careful not using it too much during the Twins fight or it will break.

With the regular route, you can get to use 3 Jade Dragons. It’s recommended to get Focus Regain (2,000 score), Focus Reserve (costs 250XP) and Weapon Proficiency (costs 500XP) since you will be using a weapon most of the time.

If you’ve followed along with the recommended skills from our Fajar and Sean guides and started a regular run through The Squats, depending on your skill and your age, you may still get the Weapon Durability bonus and swap it with one of the other bonuses instead.

In succeeding runs, try to prioritize getting Weapon Durability or Weapon Proficiency on early levels. It is easier to do especially if you manage to reach The Club in a younger age.

Start the run through The Squats

Though it is time consuming, starting a run from The Squats will let you use at least 4 (shortcut run) to 6 (full run) Jade Dragons. Each buff that you can get will definitely help going through enemies easier in The Museum and in the later stages.

Focus Tactic for the First Round

Similar to the fight against Sean, you’ll have to charge your Focus bars by engaging with Kuroki and blocking as many hits as you can, while sneaking in some of your hits whenever possible. The main difference is that her three-section staff is bladed, so the whip attacks can still deal some damage even if you block them unless they are parried at the right moment.

This is where your staff comes in and hopefully you still have it at this point. Blocks using the staff can mitigate the damage from the blades, thus letting you gain more Focus reliably until it breaks.

To start off the fight, you want to at least have one or two Focus bars available. Use them as early as possible to take off huge chunks of health from Kuroki and to prolong the need of using the staff. Then, you can stall for time whenever you need to recover structure. Just be careful when engaging, especially with the final downward whip.

Whenever a Focus gauge is ready, use it right away or save it for the next round if Kuroki’s health is low. You can also stall and just fill up your gauge/s in preparation for the next fight, provided that you can block the hits without taking too much damage.

Similar to the first round, you would want to use your Focus attacks to create openings and charge the gauge up whenever possible. The timing on the blocks and catches are more spaced out that before which is easier to do, but failing to block on time will hurt a lot more.

Luckily, there are easy tells for her attacks. For the kunai attack, look out for the jump and the kunai trails. For the dash, there’s usually a flash just right before she does it, or you can estimate when she will hit if she does the zigzag dash.

Can Kuroki be beaten at age 20?

Theoretically, yes, that is if you have managed to start The Museum level at age 20, survived all the fighters in the way, and defeated Kuroki without dying. That will take an awful lot of skills and plenty of runs.

At this point, you would have to have all the necessary skills unlocked so that you can put more of your XP towards the Focus Reserve or Weapon Proficiency skills. If you can reliably go through The Squats and The Club without dying, that would be better since you would get to use more Jade Dragons to get more bonuses prior to starting The Museum.