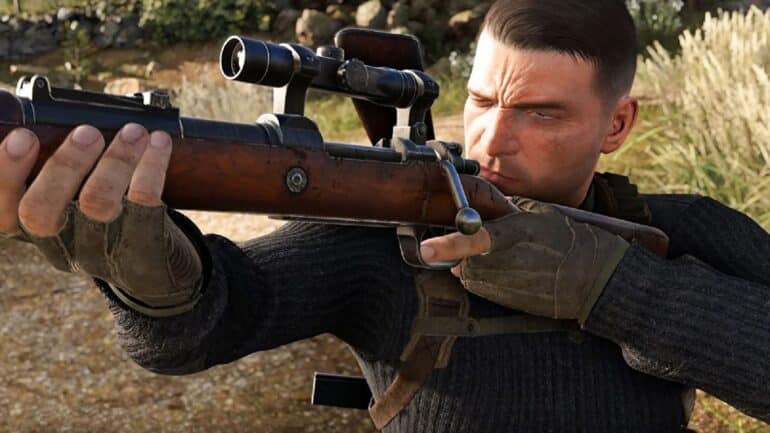 Weapon Customization in Sniper Elite 5 offers players the opportunity to tailor their guns to their own preferences. This forthcoming game is going to take things to a new level of weapon customization unlike the previous entries, where stealth was a major focus.

Assassinate high-ranking German officers with Karl Fairburne’s arsenal of sniper rifles and other weapons, which you can customize. To help you understand weapons and customization, here’s what you need know.

How does Weapon Customization Work in Sniper Elite 5?

You can create different loadouts throughout the game by either unlocking it after finishing a mission or finding the key materials on standard workbenches, strategic locations, or resistant caches. The absolute best part about it, however, is that you can now even aim down the iron sights in order to get that more immersive first-person perspective.

To begin, the game allows you to save up to 4 alternative loadouts, which can be useful depending on the strategy that you choose to employ for a particular mission. You might run in and engage in close battle, or you could choose to engage in long-range warfare by using a sniper rifle.

You have access to a primary, secondary, and pistol in each of your loadouts. You will be able to personalize each gun by attaching a variety of different attachments to it. This may include items such as your sight, barrel, muzzle, magazine, stock, and receiver, and it may even include some skins.

Your gun’s power, rate of fire, control, and mobility will all be impacted by each of the attachments. Other characteristics, such as audible range, zoom, and magazine capacity, will also be impacted mostly by attachments.

When selecting an attachment, you can see how far you’ve come in unlocking it in the bottom right corner of the screen. These can also be found via finishing missions or, if you’re lucky, on a workbench in the middle of one.

In addition to the weapons, you’ll also need to consider your equipment. There are standard items like first aid kits and grenades, but you can be more creative with TNT and Mines and even a decoy.

Sniper Elite 5’s head of design, Jordan Woodward, said that workbenches “allow players to change their playstyle in real time without having to go back to the front end or committing to a loadout from the start of the mission.”

In addition, each weapon’s appearance will vary based on the attachments it has. Rare and fascinating World War II weapons, like as the experimental G43 chambered with the smaller 7.9233mm Kurz round, can be recreated.