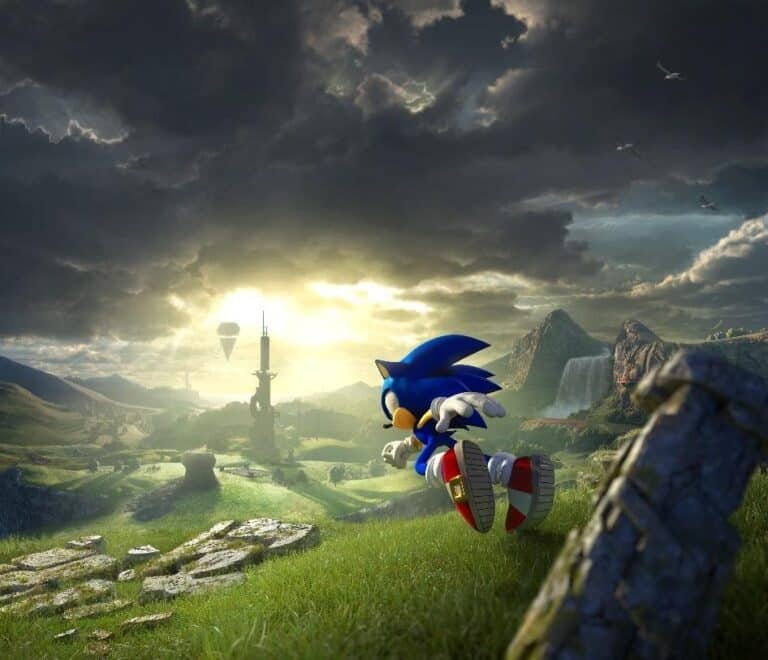 Sonic Frontiers is the newest installment of SEGA’s popular iconic character, Sonic the Hedgehog. Recently, in Nintendo Direct Mini Stream, new gameplay videos were recently shown and details about the game were revealed as well.

Sonic’s new journey begins when he and his friends, Amy and Tails, head to the Starfall Islands in search of Chaos Emeralds. As they approach the islands, sudden trouble hits their plane, and they are sucked into a dimensional portal. Sonic then finds himself separated from his friends and awakens in a strange, digital world—Cyber Space. He miraculously escapes Cyber Space and arrives on Kronos Island, one of the Starfall Islands, full of ancient ruins where strange enemies roam. It is then up to Sonic to explore the Starfall Islands, find his lost friends, and uncover the mysteries around him.

Stages found in the game:

The first island Sonic explores is Kronos Island. Its terrain and climate see frequent rain, large waterfalls, lush forests, mountains, and floating towers in the air. The ruins scattered around the island appear to be the homes of ancient inhabitants—the Koco.

Entrances to Cyber Space made by the ancient civilization of Starfall Islands can be found all throughout the map. Sonic fans will solve puzzles and complete challenges to earn Portal Gears to unlock these entrances and access Cyber Space levels featuring the traditional, fast-paced, speed-running action platforming. They’ll need to complete the challenges in each Cyber Space level to receive Vault Keys to progress further in the game.

The game is set to be released for the PlayStation 5, Xbox Series X|S, PlayStation 4, Xbox One, Nintendo Switch, and PC (via Steam) this holiday 2022.