Know the story how Sonic got lost in the Frontiers. 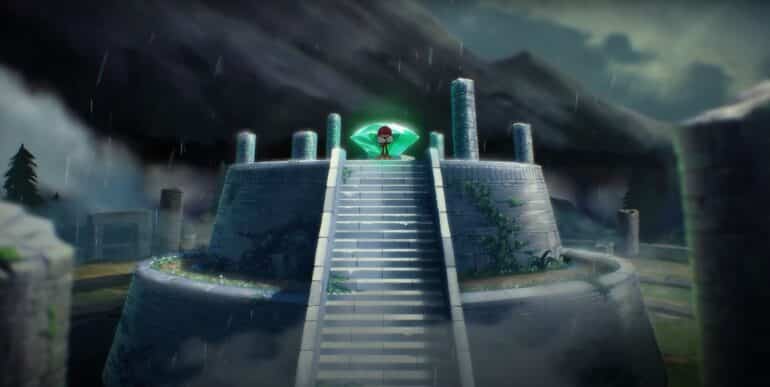 The Sonic Central event has concluded and has confirmed that there will be a Sonic Frontiers Prologue.

Just like previous titles like Sonic Colors Ultimate, the upcoming game will have its own short animation called Sonic Frontiers Prologue. The teaser shown on the event revealed two icons that will be featured on the short animation video. It includes the Chaos Emerald and its guardian, might Knuckles the Echidna. It has been confirmed that he has a role to play in the game’s story, but seems to be missing in it for some reason.

Aside from the teaser of the upcoming prologue, another teaser was thrown in. It was a preview of the boss battles that Sonic will encounter in the game and they sure include quite the big robotic bosses. According to media outlet IGN (Preview article), the world bosses in this game will be near Shadow of Colossus-esque in their scale. This just means these bosses will be humongous and Sonic will have to find the weak spots to take them down one by one.

IGN revealed that there is a beast called Asura where Sonic needs to bait it to slam the ground and boost up its arm in order to reach the weak spots on its head. They also admit that these boss battles need some work as there are bugs happening right now like flying off far from the weakness, and more.

If Sonic defeats these bosses, he can collect portal gears. These can be used to open portals that will lead to bite-sized linear stages, which is similar to old-school Sonic games. All of these classic levels will have their own optional goals like collecting red rings, beat the level under a certain time, and more. The reward is a vault key, which can unlock the Chaos Emeralds.

Sonic Frontiers launches this year. It will be available on PC, Nintendo Switch, Xbox One, Xbox Series X/S, PS4, and PS5.