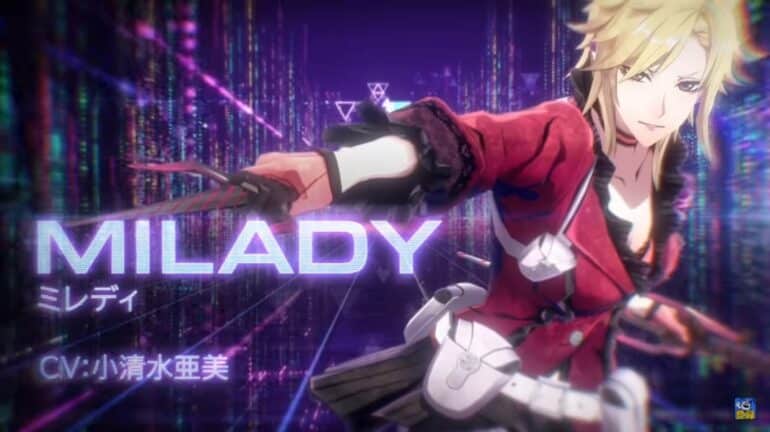 A new Soul Hackers 2 Milady trailer was released on the Atlus JP Youtube Channel today, featuring details of the new character that will be playable in the game. The trailer showed Milady’s full summary and also provides details of what led her to join the Soul Hackers group. Not only that, the trailer’s new video gameplay on attacks and types of monsters players will encounter once the full game is released.

At the same time, the official Soul Hackers 2 website has been updated to coincide with the release of the new character trailer.

Milady is a Devil Summoner of the Phantom Society. She was killed by her own allies but was resurrected by Ringo’s soul hacking ability. It is unknown why she was killed in the first place, she has since worked with Ringo to uncover the truth behind their betrayal.

Calm and collected, she makes decisions based on logic and efficiency. Because of this, others like Arrow perceive her as being cold and heartless. A byproduct of her past life, perhaps?

Milady uses a sai-type weapon and is compatible with using fire skills to inflict harsh burns and even incinerate large groups of enemies in one go. With high intelligence, as she grows she will learn skills to simultaneously attack and recover MP.

Soul Hackers is set to release on PS4, PS5, Xbox One, Xbox Series X|S, and PC (via Steam) on August 25th in Japan and August 26th worldwide. The game comes in both Physical and Digital Editions. Each with its own bonuses.