An overview of all the confirmed & leaked characters so far in Street Fighter 6. 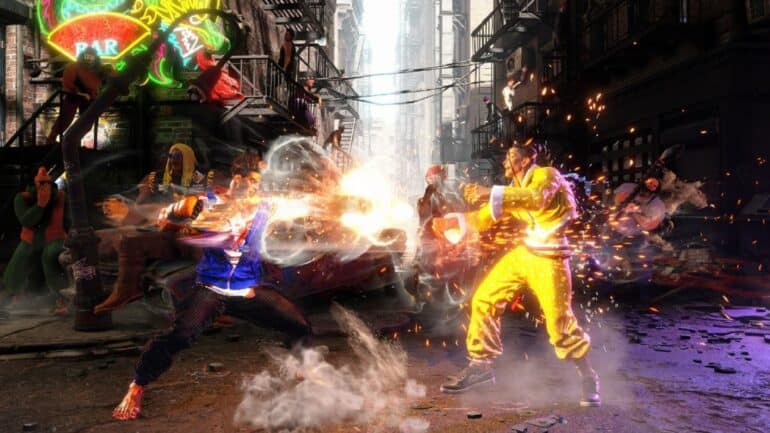 Capcom’s Street Fighter 6 Characters Roster will have both returning and brand new characters. The official trailer provided our first glimpse at the game’s visuals, the features to expect, and the fighters themselves. In total, just four of the characters have been unveiled. Since then, though, a leak of what appears to be the entirety of the Street Fighter 6 roster has shown eight new characters and 14 returning ones.

If the leaks and rumors are genuine, we might expect to see the revelation of one or two characters in the next months. So, let’s run down all the confirmed fighters who’ll appear in this highly anticipated game, as well as the characters who’ve been leaked.

These are all the leaked characters in the Street Fighter 6 roster.

A pair of concept art photos for Street Fighter 6 leaked online shortly after the first trailer was released, potentially confirming the entirety of the launch day lineup. Capcom has tweeted an acknowledgement of the leaks, although the characters have not been discussed in any media as of yet.

Naturally, these leaks should be handled with skepticism until they are officially confirmed. We have yet to see the new characters known as A.K.I, J.P., Kimberly, Lily, Marisa, and Mimi, but we anticipate seeing them before the 2023 release and learn more about upcoming characters.

Some of the fighters that Capcom has revealed have made previous appearances in the series, while one is making their debut. Here’s all the confirmed characters in the Street Fighter 6 roster so far:

Formerly an agent for Interpol, Chun-li has become one of the franchise’s most recognizable figures. She was drawn to the organization since she wanted revenge on M. Bison for killing her father.

In Bison’s ultimate scheme, Chun-Li rescued a young prodigy by the name of Li-Fen who had been kidnapped. Eventually, Chun-Li adopted Li-Fen and left her job to teach kung fu to local youngsters. She has evolved into a respected and beloved figure in recent years. In the meantime, Li-Fen has matured into a teenager, so look out for her in future DLC for this game.

A brave fighter pilot in the US Air Force, He’s back with the same haircut he’s had for decades, and he appears to be just as ruthless as he was before.

Even after losing his desire for vengeance, Guile never stopped hoping that his friend Charlie was still alive. In the end, Charlie was brought back to life, and the two of them worked together to finally put an end to Shadaloo. Following the demise of Charlie and Bison, Guile has shifted his focus to the newest member of the gang, Luke Sullivan.

When it comes to fresh new characters, Jamie is the first to be announced for Street Fighter 6. His fighting has a lot of visual flair and style, with acrobatic spins and a confident air about the kicks.

Jaime is a peacekeeper in Chinatown who takes his cues from the Twin Dragons, Yun and Yang, and utilizes a combination of drunken boxing and breakdancing to keep the peace. Using a ki-unleashing drink from The Devil Within, Jaime can increase his Drink Level and gain access to new attacks, like as the forward-jumping quick attack Luminous Dive Kick, which can help him reduce the distance between him and an opponent.

Despite players’ hopes for a return of an old favorite or a special guest character, Street Fighter V’s final DLC character was Luke. Nevertheless, Capcom established early on that Luke would be the story’s protagonist.

If you’re a fan of the Street Fighter franchise, you’re probably familiar with Ryu, the martial artist who made his debut in the first game.

Despite his long career, Ryu has changed little throughout the years. However, in Street Fighter 6, he adopts a more sagelike role and begins to dress like his martial arts mentor Gouken. Ryu, ever the fighter, has vanquished the Satsui no Hado, also known as the Dark Hado, and is still on the hunt for more challenging opponents.

Hashogeki is one of his special moves; it involves concentrating ki in his palms and then releasing it in a quick burst in front of him. Denjin Charge is another; it involves enveloping his fists in the Power of Nothingness to increase their effectiveness.