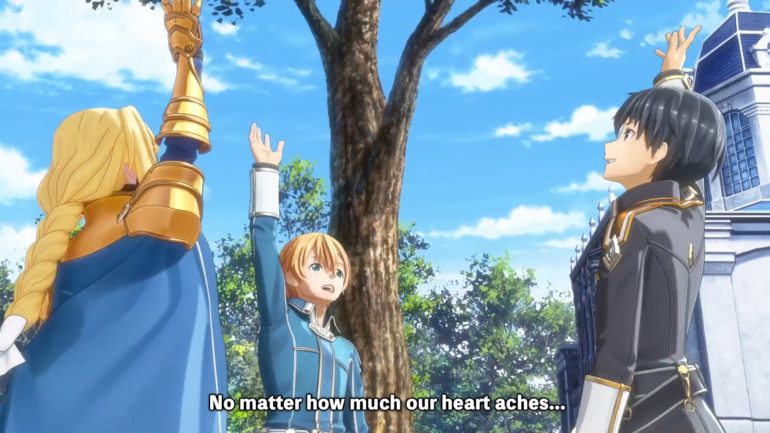 Alicization Lycoris will be launching for PlayStation 4, Xbox One, and PC on May 21, 2020 in Japan and May 22 in the Americas and Europe. There will be a standard and the PS4-only first-print limited edition. There is also the digital-only Deluxe Edition. Early purchases will include a download code for the four costumes that won the costume design contest.

The digital-only Deluxe Edition will have the four costumes, Beater’s Player rights or early access to the game, rights to download two-large scale downloadable contents up release (included with the Premier Pass), and one Premier Pass bonus costume. The PS4 version will have the digital soundtrack, PlayStation Network avatar set, PS4 dynamic theme, and PlayStation Network avatar icon for Alice.

Japan will start its pre-orders today.

Your journey is ready to begin…

For the first time ever, players can experience Sword Art Online‘s anime storyline in game format with Sword Art Online: Alicization Lycoris Play as the protagonist Kirito and immerse yourself in “Underworld,” a mysterious virtual world set in the anime’s Alicization arc. Featuring intense battle action, stunning JRPG visuals, and an expansive world to explore; your journey through the latest VRMMO Sword Art Online game is ready to begin!