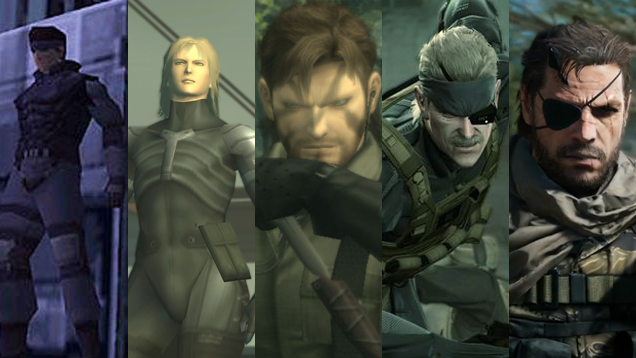 Metal Gear Solid has been a much-beloved franchise within the gaming community and has practically achieved legendary status. Much of its charm can be attributed to Hideo Kojima and his team, which were the brilliant minds behind the game as they carefully picked each aspect of what made Metal Gear Solid great. On this article, we’re going to talk about each Metal Gear Solid protagonist and what they mean to the franchise as a whole.

Now the protagonist of each installment for Metal Gear has been carefully crafted to suit the story’s needs. But they’re more than that. They each represent something—a deeper connection to those that play the game.

Spoilers for those who haven’t actually played the Metal Gear Solid series yet. 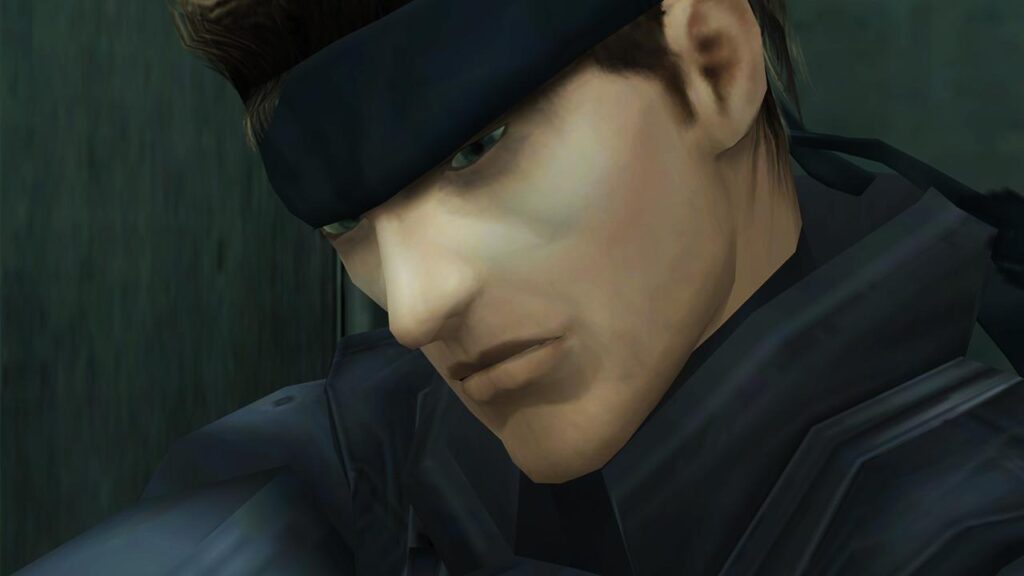 The face of Metal Gear Solid himself. When you say Metal Gear, our minds are automatically directed to the man who made this game what it is today. The original protagonist.

This man isn’t far from what you’d see from your Hollywood action movie heroes. What sets him apart, is that action stars are supposed to be wish fulfillment, while Snake is the deconstruction of the role itself.

Solid Snake, real name David, is the very definition of a real soldier. He’s the physical representation of the ideal military guy. Anyone who’s played Metal Gear Solid once would’ve at least humored the thought of one day becoming like him, the ultimate soldier. Former member of the disbanded FOXHOUND, he used to be retired before the US government pulled some strings to get him back in action. Before his career in black operations, he used to be in the army special forces, the Green Berets at the age of 18. He even grew up around the military.

“I’m just a man who’s good at what he does, killing. There’s no winning or losing for a mercenary. I’ve never fought for anyone but myself, I’ve got no purpose in life, no ultimate goal. It’s only when I’m cheating death on the battlefield, the only time I feel truly alive.”

Snake is a deconstruction, in a sense that rather than becoming this triumphant hero, much like Hollywood movie stars back in the day after facing an ordeal, Snake deals with the consequences of being betrayed time and time and again by the very government he works for and the friends that he trusts and that has taken a mental toll on his health. He’s manipulated time and time and again by the very people he’s working with and is only through determination and apathy that he stays sane enough to finish the mission.

Solid Snake is the perfect protagonist for Metal Gear Solid for all the over-the-top things he has to deal with. He’s skilled enough to make it believable for the audience to see him pull through, yet he’s human enough for us to relate to him to a certain extent. And he’s definitely charming and interesting enough for him to be memorable.

David is a guy with a lot of history on his back. The experiences he has in life no longer allows him to lead a normal life. Unfortunately, fans missed this part and began to idolize him a little too much, which is what lead Kojima to create the sequel’s protagonist… 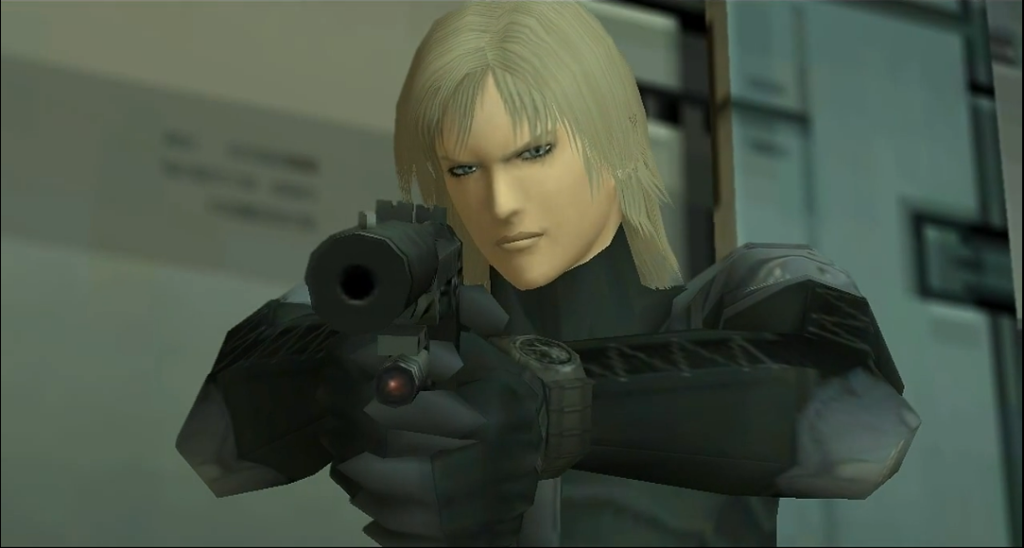 You probably know him as the most hated Metal Gear Solid protagonist for replacing Snake and being bland in comparison to him.

If you do hate him, you’re probably looking at the mirror.

Raiden, real name Jack, is a “FOXHOUND” member tasked with rescuing the president taking down Dead Cell. A lot of his background is left in the dark and we’re ultimately thrown away from Snake to play as him.

Raiden is the representation of the player, currently playing the game. He’s a virtual reality “veteran” that was trained by using virtual reality missions that was based on Snake’s past adventures. If that’s not enough to set off any resemblance between the player and Jack, the game asks you to input in your name as a dog tag for him to wear throughout the whole game. Throughout Raiden’s mission, he’s technically using your name.

Jack is the desire of the players who want to become more like Solid Snake. His adventure in Sons of Liberty purposefully mirrors that of Snake’s in order to create a parallel. He’s even code-named as “Snake” during the beginning of the mission before Colonel Roy Campbell changes it to Raiden.

Throughout the whole story, we get to notice that Raiden’s challenges mirror that of Snake’s in a way. The Dead Cell, the cyborg ninja, the person we had to rescue who dies shortly, and the scientist we become acquainted with were all present during Shadow Moses mission.

Raiden was Hideo Kojima’s response to the fans who desired to be more like Solid Snake, by putting us in the shoes of much-beloved character under a new face. In a sense, you can get a feel of what Snake himself goes through never really knowing who’s on his side and who isn’t and feeling manipulated.

Throughout Sons of Liberty, Raiden is our avatar by proxy at least up until the end where he throws away the dog tag that we customize, symbolizing his stance in finding his own identity and becoming his own character.

You could even say that Metal Gear Solid 2 isn’t so much as a game as it was Raiden’s own personal story. 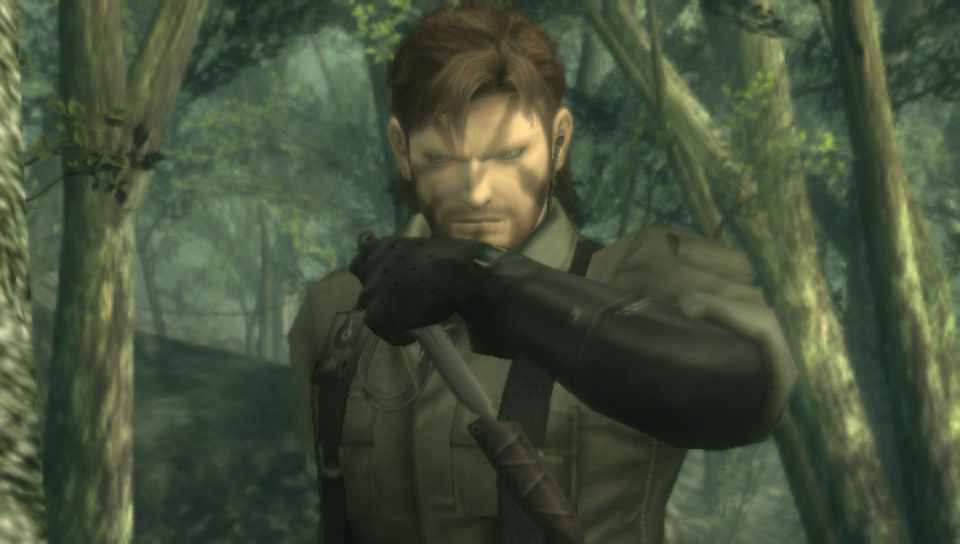 The opposite of Solid Snake, yet similar in so many ways.

Before the events of Metal Gear Solid, Solid Snake was more cold and emotionless only desiring to fight to live another day and coldly follow orders before he eventually thaws out into the Snake we know and love today. Naked Snake, during the events of Snake Eater is friendly and generally easy to approach. He can even be a bit of a nerd for gun designs.

Real name John, Naked Snake was a black operations agent and member of FOXHOUND. He was trained by his mentor, The Boss, who taught him everything that he knew. He starts out Snake Eater as a wide-eyed idealist who believed in his mission into a more jaded version after the end of it.

Like Solid, Naked was being manipulated by his own government and the very people he trusted. But unlike Snake who treated everything with apathy and kept going, Naked is visually affected by the betrayals that he experienced and eventually led to him becoming the villain we know as Big Boss.

Naked Snake can be seen as another deconstruction of your typical action movie heroes. With Metal Gear Solid 3 following a more James Bond theme and atmosphere. It starts out with him not being quite the villain we all know him for, but as Naked Snake, we are introduced to a much different character and more similar to his genetic son, Solid.

We can see Naked Snake as our eyes and ears that reveals the plot of what happened behind the main story—what happened before the Patriots. His role as a protagonist in Metal Gear Solid 3 allowed us to see a deeper side of the villains of Metal Gear.

Enter Old Snake, a man way past his prime and approaching his death. The Solid Snake we’ve come to love has now become and old man thanks to his degeneration attributed to him being a clone of Big Boss. Old Snake is what would realistically happened if action movie heroes were to be brought to real life with actual consequences. You can’t just freeze time in the glory days and remain with him forever. There has to be an ending. Hence, Old Snake.

Old Snake is a war veteran, who not only carries the history of his own self but the memories of the player as well. This old man has been with us since the first Metal Gear game ever released and we are with him when we witness his final moments.

“You’d have to have a death wish to go in there. Sounds like the perfect job for me.”

Truly, Kojima and his team have given us something much more memorable by putting Solid Snake in his last legs. We can see him push through trials, feel his determination as he goes through ordeals, and feel his sadness and acceptance at the end of his life.

Throughout Snake’s history he’s been fighting forever, and we’ve been with him throughout that fight. Seeing him fight for one last mission can be enough to pull out the tears of any fan.

Old Snake is a farewell present from the Metal Gear Solid franchise. A last dance with the legendary soldier himself before he finally puts his gun away for good. 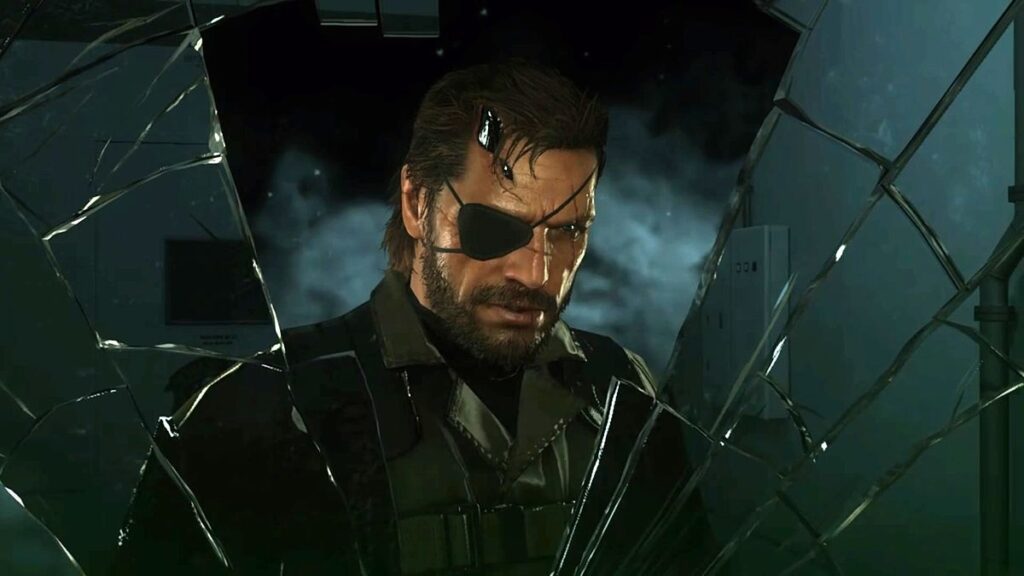 Venom Snake can be attributed to that of a mirror.

To those who have played through the Phantom Pain, they can know that in the end, Venom is the character they themselves were asked to create during the prologue who has been given surgery to alter his appearance to becoming that of Big Boss.

You can say that Venom is the opposite of Raiden. As to where Raiden was a discouragement of becoming Solid Snake, Venom was a wish fulfillment for the fans to become the second Big Boss.

You can say that Venom is the vessel for Big Boss’ desire for revenge against Skull Face and grief at the loss of Outer Heaven. By this point, you can even say that Big Boss personally gave us his hate and grief and allowed us to feel the pain by wearing his mask. The experiences that Venom has to go through is grimly realistic and mirrors actual war and war crimes than just fighting mostly over-the-top villains. You can very much feel the sense of shock while playing through the Phantom Pain.

As Hideo’s very final present to the players, Venom Snake is a chance for players to becoming a part of Metal Gear Solid lore by proxy in creating their own avatar.

As you can see, there are more to Metal Gear Solid protagonist than just being there for the sake of the role. They are perfectly crafted into making the best kind of experience for those playing as them. They are not just empty characters for the sake of fulfilling a power fantasy that we have in military escapism. You can even say that the art is in the characters themselves.