The Dark Pictures Anthology: The Devil In Me – Preview Impressions

A sinister presence is peering from the shadows. 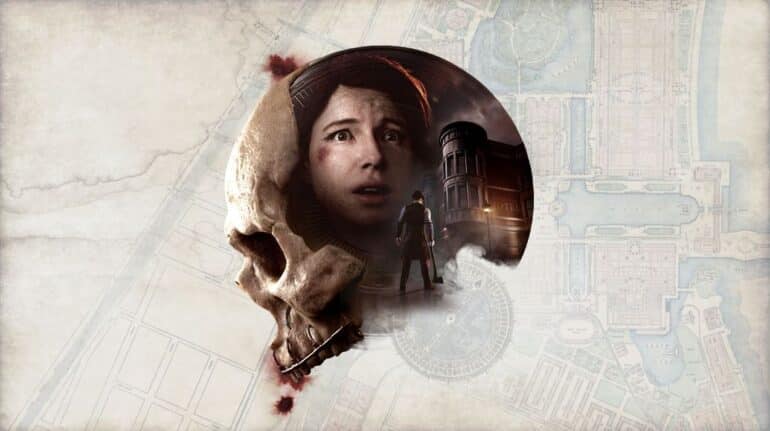 Supermassive Games takes a step outside the fantastical inspirations of previous works for The Dark Pictures Anthology: The Devil In Me to bring something a little more closer to home. This entry is a bit unashamed about taking historical reference to the infamous serial H.H. Holmes, who is infamous for his murder castle which is said to have taken the lives of many unfortunate enough to fall for his cons.

The Devil In Me gives us the perspective of five main characters who are invited to a replica of the very murder castle owned by H.H. Holmes. Having played through a short preview of the game, I can’t quite say that our protagonists are memorable in the little time I got to play as them. In fact, they come off as rather milquetoast and even irritating at times unlike other works from Supermassive Games where I could immediately pick a favorite.

Thankfully, the real star of the show is more interesting. The replica of the murder mansion is a claustrophobic labyrinth filled with shifting hallways and Saw-inspired death traps. Despite only getting to see a handful of what it has to offer, the setting alone easily wins over any horror fan.

The Devil In Me follows the same gameplay formula as the previous entries for The Dark Pictures Anthology. It’s still more akin to a Telltale game with a few QTE segments but you generally roam around looking for objects to interact with and respond to your group in a certain way. If you’re looking for some innovation, there isn’t that much in this game.

In fact, the keyboard and mouse controls felt a bit clunky and unresponsive. Playing this game on PC, I had a few instances when the camera just wouldn’t turn in a direction when it was supposed to. And the ESC key refused to just listen to input. Nothing game breaking by far, but hopefully it’s fixed by the time The Devil In Me releases.

Performances is more polished. Although there was a time where I caught one person not at all moving their lips despite talking . The game ran on a stable framerate with my RX 55000 XT without any real issues on medium graphics.

I’m a bit skeptical with how much I’ll like the characters in The Devil In Me once the full game drops. Of course, it’s understandable that they have to be flawed in some way but we seem caught our protagonists in an especially bad mood. There’s no chemistry with how each of them interact and they can barely go for a single conversation without lodging a complaint or taking jabs at each other.

The bond between the documentary film crew seem to be hanging on a razor’s edge. That’s not to say their relationship is paper thin, but most of them clearly aren’t fond of each other or are leaning towards being apathetic. We’re sure to see more sides of their character and chemistry with each other as the game unfolds but they didn’t really present anything memorable during my hands-on preview of The Devil In Me.

I do like that each character have their own set of tools that let them approach certain things. Like Charles having a business card that lets him unlock a few things in the game’s world or Mark being able to take photographs and use his equipment to reach things in high places. I hope to see more uniqueness with how each character functions in the full game.

Exploring the replica of H.H. Holmes infamous murder castle is the most interesting part of The Devil In Me preview. Although it seems like a harmless venue on impressions, it quickly turns into a maze like structure once the lights go out. Walls shift in this hotel replica and passages are blocked off in an instant.

There’s something strange and sinister going on behind the walls and it was difficult to tell if Supermassive Games is pulling something supernatural this time around or something else with a more reasonable explanation. Either way, they’ve caught my intrigue with how interesting the setting is. There’s just something more sinister when exploring a venue based of a real life serial killer.

The only issue I have is how spread out shards of information that clues us in the past of the murder castle replica is. I almost gagged at the thought of how unusual the placement for the hidden collectibles are, like the receipt for the authentic hat of H.H. Holmes just lying around the maintenance room and an FBI dossier on the floor of some hallway. It’s like someone just decided to throw away pieces of important documents randomly around the hotel.

Premonitions do make a return, although this time around as paintings on the wall depicting scientific biology. Considering the many paintings decorating the hallways of the murder castle replica, these can be rather easy to miss if you’re aren’t looking.

The Dark Pictures Anthology: The Devil In Me has me excited for the full release of the game. I’m very intrigued by the setting of the game and mystery behind it. While I didn’t find anything memorable from the main case to be excited about, exploring the murder castle replica inspired by H.H. Holmes more than makes up for the excitement.