The Dark Pictures Anthology The Devil in Me Release Date Announced 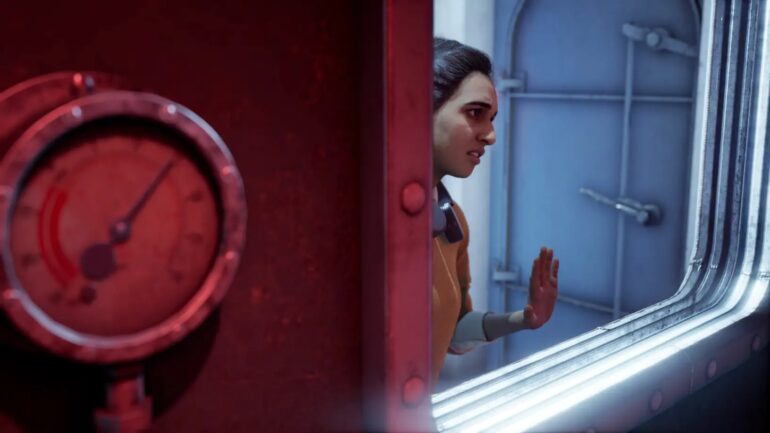 Supermassive Games has recently announced The Dark Pictures Anthology The Devil in Me release date.

The Devil in Me Release Date Announced

The upcoming fourth entry of the Dark Pictures Anthology, The Devil in Me has an official release date. According to Game Director Tom Heaton, this game will launch later this year, November 18, 2022, for PC, PS4, PS5, Xbox One, and Xbox Series X/S.

A Little Bit of Info

The Evil in Me will have gameplay features and refinements based on fan feedback from previous Dark Pictures games. This new entry will have new exploration actions which will enhance and enrich the experience of exploring the creepy hotel setting.

Players will be able to climb walls and vault over obstacles, jump across holes in collapsed floors, shimmy along narrow ledges, and balance across beams or fallen trees. They can also crouch through broken walls and crawl under broken machinery, and hide whenever there is danger nearby. They can also explore at their own pace now.

Inventory is a New Thing

Exploration will be more immersive and interesting for fans with these new features. They will now have the desire to explore, discover hidden areas, and find secret routes that can be used in emergency situations. They might even find emergency tools that can increase the chances of survival. There is now a simple-to-use inventory where players can hold tools or objects that they can find in the world.

The documentary film crew has five playable characters and each has its own specific tool for its role. Mark, for example, has a camera that will allow him to collect evidence for the crimes they encounter. Erin, the audio tech, has a directional microphone that allows her to listen to conversations even behind walls and pick up sounds that the team will not notice easily.

The Devil in Me will have light puzzle mechanics to enjoy. The hotel itself is full of traps, moving walls, and mystery rooms. According to the game director, the puzzles are comparable to the ones encountered in Resident Evil or Silent Hill games. Players will be looking for secret codes, moving things around to find a secret entrance, finding a way to get out from the escape rooms, and rewiring old fuse boxes.

The Dark Pictures Anthology The Devil in Me launches on November 18, 2022. It will be available on PS4, PS5, Xbox One, Xbox Series X/S, and PC via Steam.