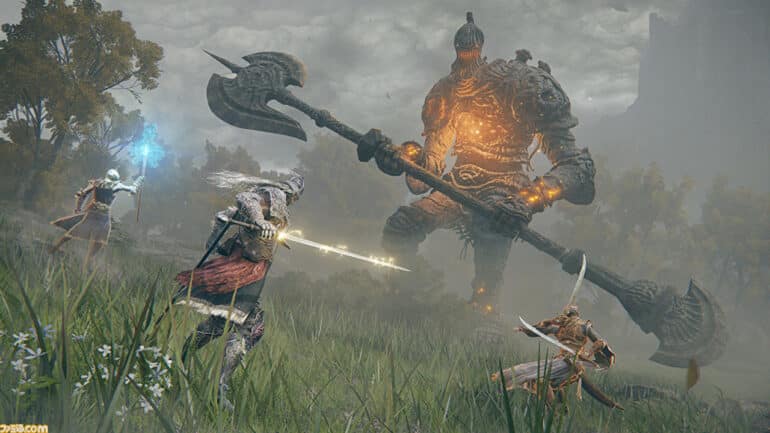 FromSoftware has just announced that the much anticipated Elden Ring has gone gold. It’s a little bit late considering that it’s barely even a month from the game’s official release date on February 25, 2022. Elden Ring going gold has been confirmed during the 2022 Taipei Game Show.

Elden Ring having gone gold means that there will be no more delays. After all, the game was supposed to come out by November 12, 2021. You should have confidence that the game will be playable very soon.

FromSoftware is definitely confident about Elden Ring’s performance. During 2022 Taipei Game Show, they’ve released new gameplay footage which shows key elements of the game. Game producer of Elden Ring, Yasuhiro Kitao, talks about their experiencing on making Elden Ring and the mechanics that center around the game. You can view it here.

We’ve published everything we know about Elden Ring should you be looking for more information. Those who are playing it on the latest gen consoles will be enjoying a solid 60 FPS so those are definitely the best platforms to play on.

Interested in purchasing Elden Ring? You can pre-order the game right now. There is an Elden Ring Collector’s Edition which will contain the Statue of Malenia which was featured in the gameplay showcase in the above.

You will have to free up some space to download Elden Ring. On the PS5, the game will require 45GB of free space. Keep in mind this is without the day-one patch that FromSoftware is still currently working on.

Elden Ring is shaping up to be one of the most promising games of 2022 already. Even those that haven’t played Dark Souls or any FromSoftware game can play Elden Ring without worry. Miyazaki has mentioned that Elden Ring was designed to be as difficult to overcome as Dark Souls 3 but in a way that is welcome to newcomers.

Elden Ring will launch on February 25, 2022. Those who have pre-ordered the game, can pre-load it on February 23 to be one of the first to play the game on its debut.

For more Elden Ring content, check out our other related articles.