The Quarry Monsters: What Are They?

Know all about the supernatural predators that is chasing you in The Quarry. 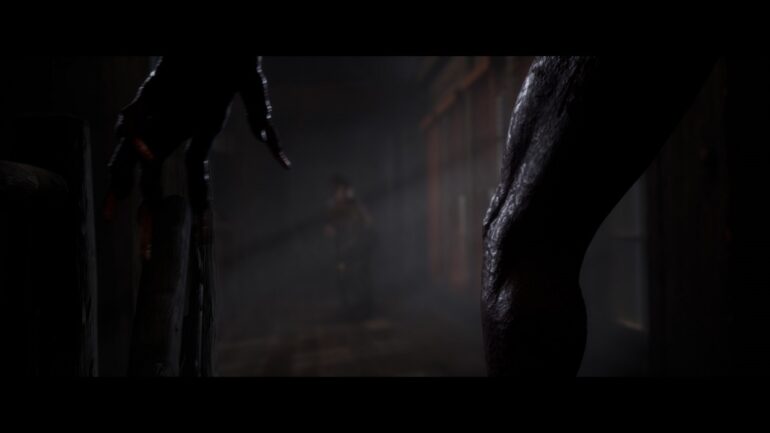 If you’re wondering about the mystery behind The Quarry monsters, you’ve come to the right place. There’s always some sort of supernatural foe in the works of Supermassive Games since Until Dawn. And although The Quarry technically isn’t part of the Dark Pictures Anthology, it also has a dangerous predator lurking in the dark.

What Are The Monsters From The Quarry?

The monsters from The Quarry are werewolves. These tall hairless nocturnal creatures transform under a full moon to hunt prey.

During daytime and any other night not a full moon, werewolves assume their human form. They can go about their business without hurting others. However on every full moon, anyone who is infected by a werewolf’s bite transforms into a werewolf themselves.

In The Quarry, werewolves can spread around by biting survivors. Those who survive not getting mauled to death by them but have been bitten have a few hours until they transform into a werewolf themselves.

Survivors who have been bitten can fight the infection by cutting the infected body part before it spreads. This can be compared to a life or limb decision but that itself is inaccurate. Werewolf infected aren’t at any risk of dying and even after transformation can return to their normal human forms after the night is over.

In fact any survivors can potentially save their lives by being purposefully infected. Those who have lost blood will regenerate and heal from injuries in a matter of minutes. Werewolf regeneration is so potent that it can restore lost limbs such as blinded eyes, wounds from shotgun blasts, and even amputated body parts.

A werewolf in The Quarry has its own strengths & weaknesses.

Werewolves are incredibly dangerous hunters. Their super strength can easily tear a human head off from their bodies without a problem. Though strength does seem to differ from each werewolf. Werewolves aren’t easily able to break open wooden doors despite their feats. They also have trouble breaking through the bars of a jail cell although can easily break chains from their wrists.

Werewolves are also incredibly fast, but not so that human beings cannot outrun them. When compared to the Wendigos of Until Dawn, they are significantly slower. Many of the camp counsellors have managed to outrun them long enough to get to safety during the events of The Quarry.

Unlike the Wendigos, the Werewolves do have an advantage when it comes to sight. They do not rely on movement to detect their prey and can see extremely well in the dark. And understandably so, since their transformation is only once a night for every few months. This makes it difficult to hide from them just using the cover of darkness.

When it comes to senses, the sense of smell is a Werewolf’s greatest asset. They can track prey and follow them around by seemingly catching their scent. Hiding from Werewolves is usually a bad idea because of this. However their sense of smell can be fooled. Unlike Wendigos, Werewolves do not seem to attack each other. Smelling wolf blood on a person deters them from attacking.

A Werewolf’s sense of hearing is both a strength and a weakness. They can hear sounds from far off distances allowing them to quickly find prey. They can even hear one’s breathing to locate those hiding from them. However they are also sensitive to high-pitched frequencies and can be hurt from hearing it.

By far the biggest asset of Werewolves is their ability to regenerate from wounds. Ordinary wounds will not kill them. And to some humans, becoming a werewolf can even be beneficial because of this. Werewolves can survive shotgun rounds, being crushed by heavy weight, and even restore lost limbs.

Even those who are merely infected but haven’t transformed yet can heal lost limbs in a matter of minutes from infection. One of the characters in The Quarry regains their eyesight due to being bitten by a Werewolf. Players can also potentially save a camp counsellor from bleeding out by agreeing to get bitten from an infected person.

Due to the Werewolf’s regenerative abilities, it can be a subject of speculation if they’re capable of curing serious diseases such as cancer.

The only weakness of Werewolves’ strong durability are silver. Throughout The Quarry monsters can be defeated using the silver laced custom shotgun shells made by Sheriff Hackett. One shot is enough to kill them for good.

Werewolves have extreme hydrophobia. Those infected do not need to be transformed to have a strong fear of water. This experience can be compared to those who are infected with rabies. However, they do not seem to be too deterred by rain.

However this hydrophobia only seems to appear on the night of a full moon. Werewolf infected do not seem to have trouble around water during regular days. This can be presumed due to one of the infected characters being in Hackett’s summer camp and most certainly partook in events around the Septimus Lake.

People who are infected with the Werewolf curse also do not recall their time as one. Unlike the Wendigos who retain some form of human connection, the Werewolves are fully feral attacking even loved ones. They do not seem to possess a high form of intelligence as they are not seen using any hunting tactics against prey.

Infected individuals experience an overwhelming sense of aggression before their transformation. They can become possessive, confrontational, and hostile. However after the night of the full moon is over, they return to themselves again.

Why Do The Quarry Werewolves Exist?

The Quarry Werewolves exist because of a gypsy’s curse. The Curator, Eliza Vorez, of the game is actually the real main antagonist who wishes to see the individuals of the Hackett family be tormented due to them attempting to set her son free.

It is unknown if The Curator is responsible for turning her son, Silas, to becoming a Werewolf as part of her main attraction. But she seems to be leading the player into making decisions that would keep her son alive and kill off the Hackett family members.

Six years before the events of the main game, Kaylee Hackett, the daughter of Chris Hackett, attempted to free Silas The Wolf Boy from the Harum Scarum side show. She turned to her brother, Caleb Hackett, to start a fire to cause a distraction. This had unforeseen consequences as the fire grew out of control and Caleb got bitten in the escape attempt.

While it isn’t stated what happened next in The Quarry, it is expected that Caleb is responsible for infecting Chris Hackett and Kaylee Hackett. This is the cause of the events of the main game to unfold.

How to Cure Werewolves in The Quarry?

Werewolves can be cured by killing the Werewolf that infected them under the night of a full moon. Once the Werewolf who bit them is dead, the individual is returned back to their human form. This can be challenging as Werewolves have appearances that make them difficult to tell apart.

And that’s all we have to share about the Werewolves of Hackett’s Quarry. We hope you got to learn more about The Quarry monsters and what makes them what they are.

Don’t go just yet, because we have more on The Quarry.

Check out this gameplay overview of The Quarry from the 2K official Youtube channel.