A loving homage to 80's slasher films with a few flaws. 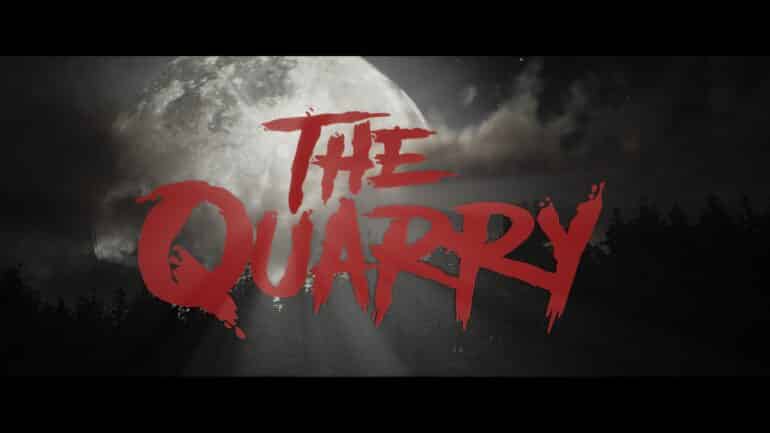 The Quarry is an interesting experience filled with many heart pounding moments. However, it very much sticks to the same gameplay formula that Supermassive Games is known for. If you’re looking for innovation, then the game does very little to push the interactive movie genre forward.

Existing as a love letter to old fashioned 80’s slasher films, The Quarry immediately strikes resemblance to Friday The 13th and Sleepaway Camp. From the moment the game boots up, the main menu already feels like a homage to classic horror films. Far away from the loud action piece of House of Ashes or the bleak setting of Man of Medan, The Quarry is more similar to Until Dawn with a better controlled plot that doesn’t get confusing.

It isn’t all perfect though, despite how good The Quarry is there are some flaws that hold the game back from truly shining. In this spoiler free review of The Quarry, we’ll talk about the strengths and weaknesses of the latest work from Supermassive Games.

The story of The Quarry is quite entertaining. A group of young adults who are stranded in the middle of nowhere with threats looming in the woods isn’t a new concept but it still feels entertaining with how The Quarry twists the narrative to make players always feel unsure of everything.

While there is intrigue in trying to get to the meat of the mystery, clever players will be able to figure out what they’re dealing with before the game reveals its secret in its latter half. I truly enjoyed seeing how the characters interacted and how the mysterious antagonists of the game aren’t at all what they seemed like.

Speaking of characters, the main protagonists of The Quarry are a bit of a hit and miss. Players take control of the nine camp counsellors of Hackett’s Quarry. They’re colorful and diverse but some feel underutilized. There is literally a camp counsellor that you only play for 5 minutes in the entire game. Some of the dialogue also strike out as particularly cheesy.

The supernatural monsters of The Quarry feel like something straight out of Resident Evil. They’re creepy to look at but surprisingly aren’t as dominant of a force as the Wendigos of Until Dawn. They are still quite the looming threat and much of the mystery that happens in Hackett’s Quarry revolves around finding more about them.

One of my biggest gripes with The Quarry was its underwhelming ending is. Unlike Until Dawn, there was no police interrogation scenes where we get to see individual character’s reactions and how their relationships adapted after the events. Players will only get a podcast that talks about the events that happened after the epilogue. Which feels disconnecting from the entire narrative.

Several choices in the game also lead to the same conclusion. These can come from critical moments that should’ve influenced the outcome, but besides having a different character reaction of someone disliking you nothing really pivotal comes out of it. There are plenty of important choices that don’t feel like they carry that much weight. There are also a lot of superficial decisions in the game that don’t really matter. While the ending will differ depending on whether or not you picked certain dialogue, passed or failed certain QTEs, and picked up certain items I felt disappointed by the lack of weight there was in certain decisions.

I was never fond of QTE segments and The Quarry didn’t really change my mind about it. A game revolving around quick time events as its core “gameplay” makes it a bore to replay. However The Quarry does mix things up a bit, not every prompt on the screen leads to the best case scenario. And at times, you’re better off ignoring what the screen is telling you to do.

Characters can die in The Quarry depending your choices. On your first playthrough, you’re unlikely to keep everyone alive. However I never felt as if the game was unfair as it often gave me a clue in advance of when an action will lead to certain death. If you listen to your intuition and pay attention, you’re likely to get our with most of your counselors surviving the night.

There is a Death Rewind system, which can be a saving grace for players who get their characters killed. Whenever I would mess up a QTE or make a deadly decision, I would get another chance to redo my actions. The Death Rewind only gives you three lives so you can’t take it for granted. The only issue I have with Death Rewind is that you have to complete the game at least once to unlock it or purchase the Deluxe Edition.

You also cannot skip or fast forward dialogue, not even the ones that have already been seen. Players who have completed the game will have to sit through characters having the same conversation again before they can make a different choice in their subsequent playthrough which lessens the appeal of replayability to an extent.

The Quarry has a Movie Mode that literally allows you to just sit back and watch it like a film. It even has a Director’s Chair that lets you configure the reactions of each of the counsellors to influence outcomes. It’s a neat addition but also an amusing one since it stops the game from being an interactive movie and just turns it into a movie.

It really makes me wonder if The Quarry can just be enjoyed on Youtube. At least you’re able to fast forward Movie Mode on that site. While Movie Mode is a nice addition, it makes me wish that there was an option to reach certain parts faster.

After completing the game at least once, you will get the option for chapter select which helps save quite a bit of time. There are only 10 chapters but they have pretty good length.

Supermassive Games’ also took into consideration people who want to stream the game. There is an option for streamer mode that disables copyright music. Which is pretty thoughtful. There are also filter add-ons that make The Quarry look like a movie that you’re playing on the VHS to make it look more authentic or even make it black and white.

The Quarry didn’t have any big issues in performances and is polished pretty well. My RX 5500 XT 4GB can run the game rather smoothly in medium settings. However I did experience texture pop-ins and frame rate drops in certain scenarios.

There also seems to be an issue with sound delay at certain moments in The Quarry. It didn’t happened too often, but when it did it was noticeable and did take me out of immersion.

I never experienced any game breaking issues and for the most part, The Quarry ran pretty smoothly for me.

I’m a bit divided when it comes to recommending The Quarry. It is a good interactive film that is worth experiencing at least once. It has a couple of significant drawbacks that keep it from truly shining, but it’s a great interactive movie that those who loved Until Dawn will appreciate. 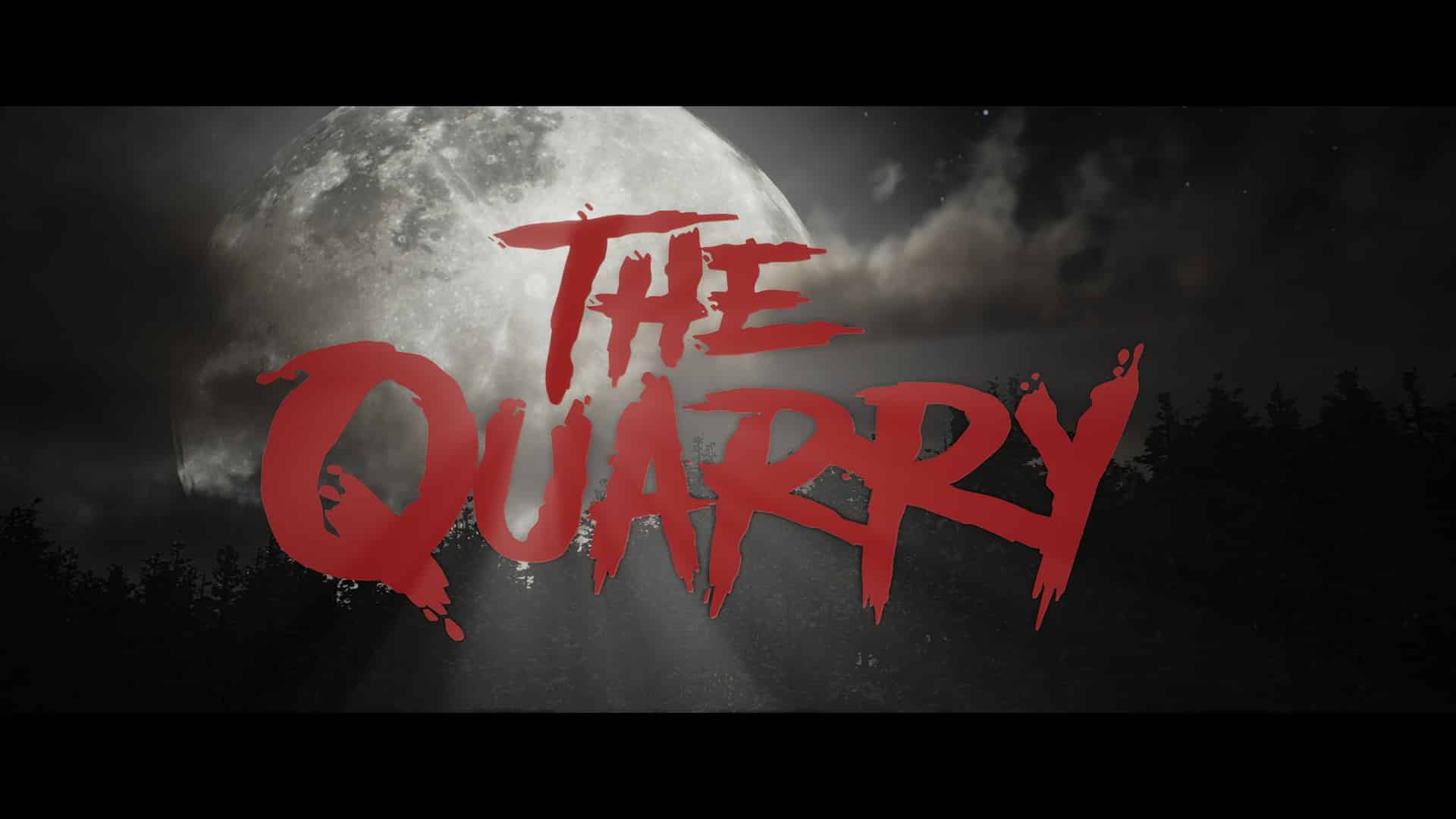 The Quarry – Review
Score Definition
You better have to choose if it’s worth spending your spare cash, because it might not be the game for you and it might be for others.
Pros
Interesting story that feels like a homage to 80's horror films
Colorful cast of characters
Death Rewind gives second chances
Many intense moments
Cons
Can be challenging to replay due to lack of fast forward
Death Rewind only available on new game or to those who bought the Deluxe Edition
Some of the cast feel undertilized
Underwhelming ending to an otherwise interesting story
Choices can be superficial
Chapter Select completely overwrites your saved file
6.5
Justified