How to Complete The Sea’s Legend Quest & How to catch Manaphy | Pokémon Legends: Arceus

Uncover the mystery behind The Sea's Legend quest. 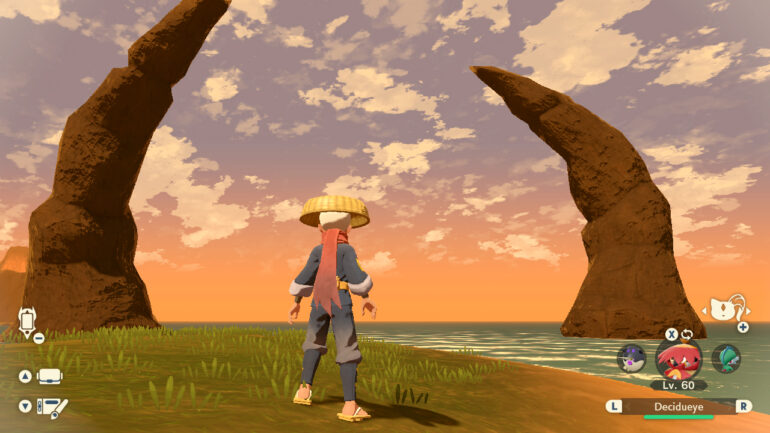 The Sea’s Legend is a quest Professor Laventon will give once you can travel to the Cobalt Coastlands in Pokémon Legends: Arceus. There’s nothing much that the quest description can offer as a hint on how to do this quest, but the clue is actually on the quest’s name itself, and that it ties up to a previous game.

If you still don’t have an idea or if you haven’t played the previous game, you don’t have to worry. We got you covered with this guide.

What is The Sea’s Legend?

“The Sea’s Quest” is actually a readable book that was added in the Canalave Library in the recent Pokémon Brilliant Diamond and Shining Pearl games. The story goes:

“Once upon a time in the East Sea, there was a Pokémon known as the prince. A Brave human asking Pokémon living in the sea to let them see the prince. Mantyke, Buizel, and a Qwilfish with huge spikes acknowledged the human’s bravery and joined them. Together, they set off in a boat over the sunset-streaked sea, sailing through the ocean gate stretched over the waves.“

Take note of the three Pokémon mentioned, especially Qwilfish as it is described having huge spikes, as well as the East Sea and the ocean gate.

How to complete The Sea’s Legend Quest?

Catch a Mantyke, Buizel, and a Qwilfish

Buizels can be captured early in Aspiration Hill in the Obsidian Fieldlands. Mantykes can be captured swimming near the beach at Ginkgo Landing while Qwilfishes swim around Tranquility Cove.

Evolve the Qwilfish to Overqwil

The clue “a Qwilfish with huge spikes” suggests that an Overqwil is what’s actually needed for the quest. To get an Overqwil, make your Qwilfish use its Barb Barrage as a strong style 20 times. You can use the Pokedex entry for Qwilfish to keep track of the count.

An alternative to this is doing the Trials of the Lakes quest first as it will allow you to capture an alpha Overqwil.

Wait until evening in the Coastlands Camp

It’s not really necessary, but unlocking the Coastlands Camp helps because it’s closest to the next destination. You can talk to the Galaxy member to rest until evening. Make sure to bring your Mantyke, Buizel, and Overqwil with you at this point.

Sail through the Stone Arch

The Stone Arch, or what’s left of it, can easily be seen from the Coastlands Camp. You can walk along the “middle finger” of Sand’s Reach to get close to it and then ride your Basculegion through the arch.

Upon going through, you’ll see a text box accompanied by a Pokémon’s cry.

Go to the Seaside Hollow

The Seaside Hollow is a cave at the north coast of Veilstone Cape. This is where you’ll encounter the Pokémon that Professor Laventon saw. There will be a battle, so make sure that your other three Pokémon are well prepared (around lv.40 – lv.50).

Battle Manaphy and the Phione

Inside the cave, you’ll see that the Pokémon Professor Laventon was referring to was actually a Manaphy (lv.50) and it is accompanied by three Phiones (lv.33, 34, 36).

The Pokémon will get enraged and will be enveloped in some sort of a water barrier at first. Trying to throw Pokémon at the ones that have barriers will not work. They’ll also shoot out bubbles in all directions, so be prepared to evade. Eventually, some of them will lose their barrier, allowing you to throw a Pokémon to start the battle.

The battle might get challenging, especially it’s a 4 vs. 1 match, but just make sure to deal with them one by one and bring lots of potions and revives.

How to Catch Manaphy in Pokémon Legends: Arceus

The Sea’s Legend quest sure does remind us of those myths that we had back then about getting Pokémon by doing various steps and rituals, except this time it’s real and it works.

Check out this guide made by Faz Faz on how to complete The Sea’s Legend quest and How to Get Manaphy: