Top 10 Digimon We Want to See in Digimon Survive 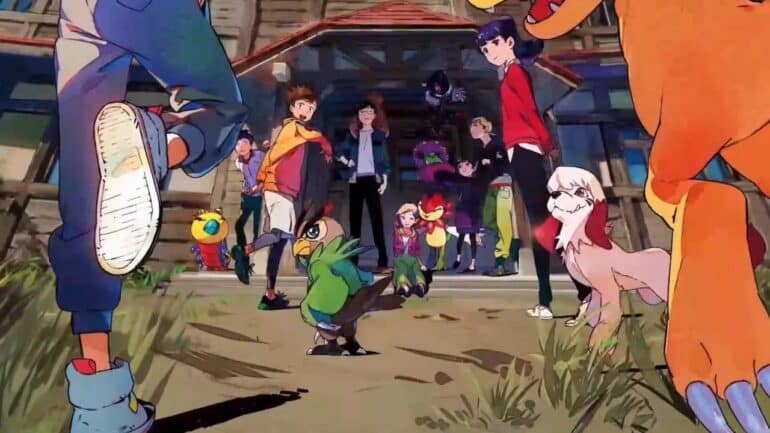 Ever since Digimon Survive was announced last 2018 by Bandai Namco and with so much work and development given to it, fans have been wondering aside from the fact there will be certain amounts of Digimons that will be playable in the game like Agumon, Falconmon, and Labramon, who else will be joining in the fray?

Well here in Sirus Gaming, we have made a list of possible and most wanted Digimons we want to see in the game’s release on July 2022.

List of Digimon We Want to See in Digimon Survive

Being one of the original Digimons to be seen in the 90s, it is expected that Gabumon will make an appearance in the game. Chances are that this Digimon will have a huge evolution lineup since it was revealed in Digimon Xros Wars and Digimon Reboot(2020) that there is another evolution for him. Another possibility we can see in Gabumon is a chance for him to evolve to MetalGarurumon and DNA Digivolve him with WarGreymon into Omegamon.

As one of the main characters in Digimon 02, Veemon has introduced not only his credibility to the series but also showed a new way to evolve using Armor Digimon. In the last Digimon game, Cyber Sleuth, Flamedramon, and MagnaVeemon were introduced to the game as playable characters and can only be evolved through specific Digi-Eggs. What if there was a sidequest in the game that allows players to look at different Digi-Eggs and used them for Armor Digi-Volutions. That concept is sure to attract gamers a lot.

As one of the first Digimons to be a carrier of the X-Antibody, this Digimon has the potential to evolve to its final form into either Alphamon or Dexmon. Using the concept of X-Antibody, there is a small chance that we may get to see other Digimons using the X Antibody system like Wargreymon X, Angelmon X, and more.

Pulsemon was first introduced by Bandai Namco as the main mascot of their new line of Digivices called Digital Vital Bracelet. The digivices became a huge hit for collectors worldwide as it marked the start of a new age of Digimons. As such, Bandai must include Pulsemon in the game as a means to make the market of Digimon more influential and sociable for many. Plus, as a fan, I really want to see up-close on its Digi-volution line.

Digimon latest anime, Digimon Ghost Game, has become a mark-up for the new era of Japan as it introduces a new line of Digimons some old and some new. As such, it is possible to see Gammamon be part of the game as it has various evolution lineups and can be used as a means to promote the series as well. Truth be told, I have been watching the series for a while, and I really want him and his allies to be part of the game to experience the skills and features of each of them.

As much as we want to see Omnimon in the game, I believe that we should also see its different forms. One of them is Omegamon Alter-S. This Digimon is a DNA digivolved creature that comes from the combination of BlitzGreymon and CresGarurumon. It first made its debut in a guidebook called Digimon Reference Book and made its anime appearance in the last episode of Digimon (2020). If there is ever a chance to see this Digimon in the game, now would be a good time for it to make its appearance once more.

Known as the King of Digimons in Digimon Xros Wars, Shoutmon has a unique skill to fuse with other Digimons known as Xros. Doing so he can evolve into different forms such as Shoutmon X4, Shoutmon X7, and Shoutmon X7 Superior Mode. I would expect to see this concept be used in the upcoming release of Digimon survive and see if that type of Digimon can be used as well.

Digimon Adventure: Last Evolution Kizuna was the 20th-anniversary movie of Digimon that was released last 2020. The film received lots of love and respect for being the last adventure for the original cast of the Digimon franchise. At the end of the film, we can see Taichi and Yamato saying goodbye to their partner Digimons as they begin to dissolve due to the growth of their partners but not before unveiling their last evolutions known as BOND Evolution. If an ending scene would be added to the game, these two Digimon will surely make the fans cry in love and devotion to the series.

Legend-Arms Digimons are a unique type of Digimon who carry out transformations into a giant, peerless weapons based on the master they choose. According to legend, “if held by an angel will save the world, and if held by a demon will destroy the world.” The strongest sword among the Legend-Arms is Durandamon, while the strongest shield is said to be BryweLudramon

Being a member of the Royal Knights and being trained and supported by his mentor, Gankoomon, and his fellow disciples, Sistemon Noir & Sistermon Blanc, Jesmon is an ideal choice for fans to see in Digimon Survive. Recently, in the Digimon TCG lineup, a new starter deck was announced Jesmon and many card gamers are into using Jesmon decks. That said, it would be nice to see Jesmon in the game as a playable character and see his newly found power in X antibody called Jesmon X and Jesmon GX.