Top 5 Songs That Makes Me Think of Video-Games 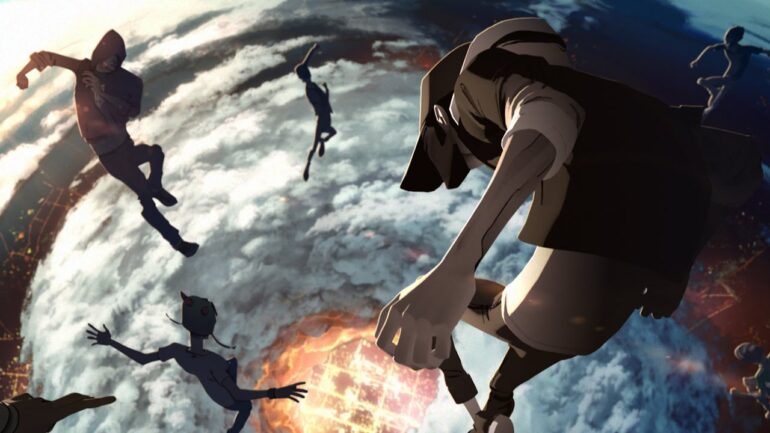 Have you ever heard a song and immediately thought of a video-game? You most certainly have. Music does have the power to bring back memories, and a whole video-game is no exception. It is quite magical really. This happens to me quite a few times. To be fair, I do have a lot of video-game original soundtracks on my Spotify playlist so this is almost a daily occurrence for me.

Nevertheless, I want to share the 5 songs that remind me of video-games. Now, since I have a huge list and is almost downright difficult to narrow them down to only 5, I have limited the selections to songs that have been featured in trailers or promotions for video-games.

This Is War was used in an accolades trailer for Dragon Age. It is quite interesting because the Dragon Age “This Is War” trailer also served as a trailer for the song itself by saying that the full song will debut once the game is released.  Now the trailer is nothing to write home about, it uses clips from the Sacred Ashes and Warden’s Calling, both were epic on their own but the This Is War trailer got us pumped since it was revealed so close to the game’s launch. Watching this trailer has forever etched in my head as the Dragon Age Origins song.

I know, I know. The moment you saw the title, you were thinking of the Still Alive song that was featured at the end of Portal. While that song was great and embedded in gaming culture, it wasn’t featured in a trailer. I actually would like to talk about the other Still Alive song. This is the main theme song for the first Mirror’s Edge game and was the music in the reveal trailer back in 2008. While the trailer only featured the music, EA later released a music video with the complete song. The music itself swells and gives you a sense of wonder that perfectly mirrors (no pun intended) the way the free running in the game feels.

Now for what can be argued as the best edited trailer in the list: Beast by Nico Vega. The song was used in the Beast of America trailer for Bioshock Infinite. This was also the shortest trailer but even then, it was used perfectly. It starts slow, showing Columbia. After 3rd of the way in, the music and the chorus kick in and the trailer shows you the danger behind the serenity. The Beas behind the beauty. Not only does the buildup perfectly captures the overall arch of the game, the lyrics itself touches on the struggles of many of the residents of Bioshock Infinite‘s Columbia.

My Hands by Leona Lewis was used in the International Trailer for Final Fantasy XIII and it was beautiful. This is a story trailer and while we are given information on the characters and story, the song plays on the background.  The song itself talks about loss and the struggles that come along with it. This is something that is being dealt with by many of the characters of Final Fantasy XIII.

This song is an honorable mention mainly because I can’t recall if this was actually featured in a trailer or used to market the game. I saw this as an extra for the game. The song, while titled Clones, has a very little thematic connections to the game. That said, the music did pump you up and the way the music video was edited was simply mind-blowing for a kid.

Warriors by Imagine Dragons was used as a promotional video for League of Legends‘ 2014 World Championships. Now “used” might be too loose of a word. It was created. Unlike the other entries in this list, this is less of a trailer but more a music video. The video shows the struggle of becoming a Pro-Gamer. For years, gaming has been thought of nothing more than a waste of time. People tend to dismiss hardships and training that these athletes had to endure to reach where they are now. With the rising popularity of E-sports, there is only one thing left to say: “Here we are. Don’t Look away now. We are the warrior’s  that built this town”. Every time I hear this song, I just want to play League or any competitive video game for that matter.