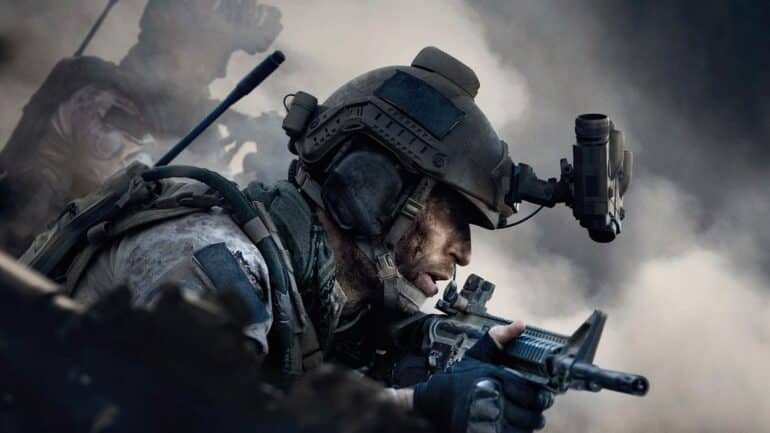 People will debate endlessly of what they consider to be the best Call of Duty games. With so many entries dating back since 2003, Call of Duty is one of the biggest gaming franchises in existence. Each entry sees a set of new and familiar faces facing off against threats that threaten the entire world.

You may not agree with this list we’ve made about the best Call of Duty games in existence, and that’s completely okay! But we’ve narrowed down the Call of Duty games we consider to be the best ever made with memorable campaigns and amazing multiplayers to the top 15.

This list we’ve made will be diverse including the main entries of Call of Duty like Modern Warfare, spinoffs like Call of Duty: Ghosts, and even multiplayer exclusives like Warzone. We’ve ranked them based on how good their campaign is and how fun their multiplayer sections are.

Call of Duty: Advanced Warfare is such a detraction from the origins of the franchise that it remains to be one of the more polarizing entries. Advanced Warfare does have a few advantages over other Call of Duty campaigns such as the magnificent acting of Kevin Spacey as the game’s primary antagonist. While his role was memorable, the game doesn’t do as well in terms of the overall story and making its characters memorable.

When Call of Duty: Black Ops 4 first came out, it was subject to a lot of complaints. Activision’s decision to forgo the single-play campaign for a hero-based multiplayer shooter was met with a lot of skeptical eyebrows. However Black Ops 4 managed to impress a lot with its redeeming qualities a competitive multiplayer that received full attention from its developers Treyarch. We got the much beloved zombies back, a battle-royale with hero-based abilities, and a variety of different multiplayer modes that made Black Ops 4 worth getting.

The very first Call of Duty in the main entry. Sure if you glance at it, the graphics and gameplay are very outdated now, but for its time this game was one of the best looking shooter games which introduced the world to one of the longest running game franchises in history. It has an actually pretty well done campaign that gives veterans nostalgia just from looking at it. We can still remember being forced to storm the beaches with only Mosin Nagant ammo in the Soviet campaign.

Despite its age, Call of Duty 2 remains one of the most memorable Call of Duty games of all time for franchise veterans. The memorable Russian campaign and pivotal moments like the American assault on the beaches of Normandy were unforgettable the first time they were experienced. While Call of Duty 2 is a bit dated now, it’s still stands as a classic entry in the franchise.

The Call of Duty franchise has started in World War 2 era so to see Call of Duty: WWII bring back the franchise to a more “boots on the ground” experience was pretty exciting. Call of Duty going back to its familiar roots actually worked pretty well for both the campaign and multiplayer experience. The campaign takes quite a bit of inspiration from Saving Private Ryan as it doesn’t hesitate to thrust you into a war movie. Without the futuristic high-tech gadgets, shooting feels more organic this time around which does wonders for its multiplayer. You’re not going to see predator drones or tactical nukes which can be annoying to deal with.

Call of Duty: Blacks Ops 2 experiments with the campaign narrative a bit by introducing branching story lines. It introduces a lot of interesting mechanics in the single-player content, such as extra missions that allow you to redeem a previously failed mission to change the outcome of the narrative from heading to a bad ending. This was the first Call of Duty game that makes you feel in control of the narrative. Several choices in the game lead to branching paths that have different outcomes and you’ll feel the pressure of having to choose. If you want the best ending, you’ll have to be willing to make some sacrifices.

Call of Duty: Warzone is a separate free-to-play multiplayer experience that has no campaign of its own. It was originally a battle royale spinoff of Modern Warfare before it was integrated with Vanguard as well. Even with the lack of a single-player campaign, Warzone remains to have be one of the best and most played Call of Duty multiplayers in existence. The fast paced nature of gunfights in Call of Duty Modern Warfare are mixed with the open world battle royale giving birth to a brutal arena where players have to be strategic in order to thrive. Warzone stands as one of the best Call of Duty games in terms of multiplayer.

The Cold War era has plenty to offer and Call of Duty: Black Ops Cold War takes full advantage of that. Espionage is the name of the game and the campaign is full of twists and turns that make the moral line rather blurry. There is a particular mission where you infiltrate a Soviet headquarters and roam around meeting the chief leaders of the regime which was an interesting perspective away from the usual explosive fanfare the series is known for. Admittedly, the story can be cheesy but it is well worth sitting through. Like Black Ops 2, you also have control with how the story ends although it’s a bit more limited this time around.

As the finale of the Modern Warfare trilogy, Call of Duty: Modern Warfare 3 had to pull some big stops in order to provide a satisfying conclusion. It also had to make plenty of sacrifices with quite a bit of established characters being put on stake. Modern Warfare 3 still manages to give a memorable ending in the hunt for Makarov. Multiplayer largely feels the same as the other two in the trilogy, but there have been a few minor tweaks to improve the experience starting with killstreaks being changed to pointstreaks which encouraged for more objective-based gameplay.

Call of Duty: World At War

Call of Duty: World at War has one of the most memorable campaigns ever. This World War II-era entry of the Call of Duty franchise doesn’t hesitate to show the brutality of war. With several campaign missions starting you off at the losing side sometimes as a prisoner of war, you get an up close and personal idea of what happens to soldiers who are captured by the enemy. Who could forget the gripping narrative of the Russian campaign?

Call of Duty: Black Ops visits upon an era rarely explored in first-person shooters. The Cold War era was filled with espionage, brainwashing, and the Vietnam war which is a ripe setting to explore. Black Ops had a very interesting story with a good twist near the end that changes everything about the narrative. This was also the Call of Duty that first introduced Gun Game to multiplayer, a mode that forced users into using a different gun after each kill. Black Ops was also responsible for introducing many to The Rolling Stones which features only the finest tastes in music.

Call of Duty: Modern Warfare 2 is the sixth main entry of the franchise which takes after the events of Call of Duty 4. Made as a direct sequel to its critically acclaimed predecessor, Modern Warfare 2 had some big boots to fill. That’s why the campaign ramps up the narrative. It may have overdone it a bit considering the controversies it sparked particularly with the No Russian mission which remains to be one of the most controversial levels in gaming history. Despite this, Modern Warfare 2 still fills in the boots greatly with other memorable missions such as storming an entire fortress to save one prisoner.

Call of Duty: Modern Warfare introduced the franchise to a new engine that placed the franchise head and shoulders above its competitors. Not to be confused with 2007’s Modern Warfare, this 2019 entry introduces you to a rather bleak story that was subject to a lot of controversy. There’s a lot of grey morality in the campaign that shows the protagonists crossing several lines to protect innocents from terrorists. The improved gunplay mechanics thanks to the latest engine Modern Warfare uses, has given the best multiplayer experience in Call of Duty yet which gave way to its Warzone spinoff.

Check out how realistic the official reveal trailer from the Call of Duty Youtube channel and see how amazing the spectacle is.