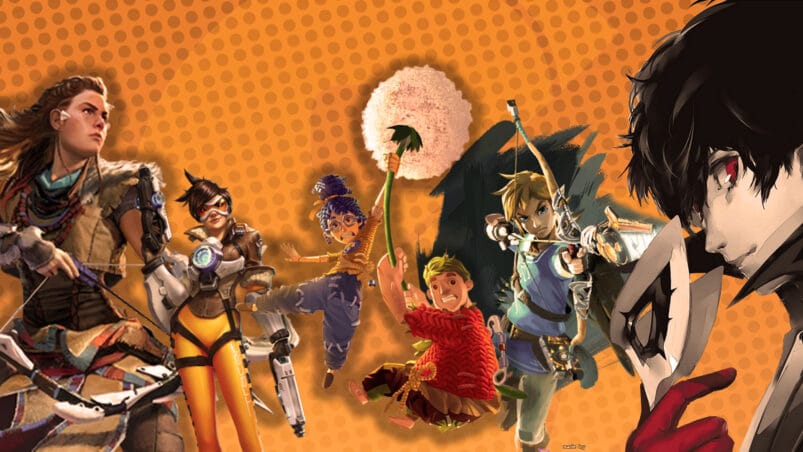 Video games gave us a new way to consume entertainment. We get to be immersed into unbelievable, fictional worlds and galaxies, driving the narrative with the tip of our fingers complemented with amazing soundtracks from well-known composers, and the relatable cast of characters we interact with.

Gaming has never been the same and the medium has evolved in many ways, but only some of them reached the hallway of greatness.

A 10/10 score on Sirus Gaming is factored in many ways and doesn’t entail that a game is perfect. The score is indicative of how the game stands out from the rest, letting you, the readers, know that it’s a game worth getting regardless of whatever platform it’s on.

Without further ado, here are all the games with a 10/10 score from the critics here on Sirus Gaming:

“LEGO Star Wars: The Skywalker Saga reinvents the LEGO video game formula and revitalizes the entire franchise with something much more than what its predecessors offered. It’s crazy fun, and undeniably engaging, The Skywalker Saga is now the pinnacle of LEGO games in history.”

“Despite minor technical issues that can be patched up, Horizon: Forbidden West‘s compelling narrative, a spectacular cast of characters, its impressive graphical feat, and superb combat will make your time worthwhile. Horizon: Forbidden West is simply a masterpiece; it’s a game that every PS4 and PS5 owner should not miss.”

Reviewed by Lexuzze Tablante on February 14, 2022. Read the full review.

“Jurassic World Evolution 2 is, by far, the most complete dino theme park simulator package today. I love it, it’s worth it, you need to get out there and buy it so life can find its way.”

Reviewed by Lexuzze Tablante on December 3, 2021. Read the full review.

“There’s more to Kena: Bridge of Spirits than meets the eye. The level of challenge, the outstanding visuals, the fitting soundtrack, the superb voice casts, the adorable Rots, the fluid and enjoyable combat and boss battles, and the solid plot crowns Kena: Bridge of Spirits as a Game of the Year contender. Ember Labs, you did an amazing job and I hope the game gets a sequel.”

Reviewed by Lexuzze Tablante on September 29, 2021. Read the full review.

“This game demands your patience and undivided attention. In return, it will reward you with an intriguing story showered in mystery, suspense, heart, and passion. To bring up a passage from Roger Ebert’s essay once again, “No video gamer now living will survive long enough to experience the medium as an art form.” That essay was published 11 years ago. I’ve played a lot of video games since then I can argue are pieces of art. I experienced art form when I played Journey, Abzu, Red Dead Redemption 2, Shadow of the Colossus, among so many others. This year, I experienced art when I played Twelve Minutes.”

“Overall, YS IX: Monstrum Nox is an enjoyable game that captures the heart of the JRPG genre. I highly recommend this game if you’re a fan of the series. And even if this is your first foray into the game, I am fairly certain you will enjoy it and would want to play the other games in the series.”

“Video games like It Takes Two are difficult to craft. The studio needs to build upon considering how to make the two players feel important without leaving out the other and keeping them engaged. Fortunately, the variety of gameplay mechanics it adds to every chapter keeps everyone entertained, plus the humor and the comical Dr. Hakim makes the entire playthrough fun. The development might have been challenging for Hazelight but they managed to pull through and make a co-op game that’s equally stunningly, wisely executed with an emotionally driven story, and enjoyable.”

Reviewed by Lexuzze Tablante on March 25, 2021. Read the full review.

“Little Nightmares II is a sequel that everyone can love especially those die-hard fans of the franchise. You’re still greeted with unexpected threats lurking in every dark corner, the uneasy feeling you get when you walk through corridors and windows, and the unexpected twist at the end. I had a great time in my 5-6 hours of playthrough and I can say, it’s worth binging through all the chapters in one sitting. But that ending, wow.”

Reviewed by Lexuzze Tablante on February 16, 2021. Read the full review.

“I don’t think it should be longer than it should be as well as I feel like more would just probably make you want to stop playing it. The amount of puzzles is just enough to make you feel you have accomplished an impossible task. I’m sure some will argue the puzzles are easy but I daresay otherwise. The level of complexity and thought that they’ve put into each puzzle is something to be amazed at.”

“This remake is a chance for those who have yet to play FFVII to learn what it’s about and why it’s one of the most iconic games of all time. This reimagination of FFVII is what I believe the fans have always thought FFVII would be deep inside them.”

“Persona 5 Royal is truly a game worth getting. Regardless if you’re an old member of the Phantom Thieves or fresh blood to the crew, Royal is a game worth investing days of your life in. Be prepared for a long story if you ever choose to do so, however.”

Reviewed by Jarren Naverrete on March 31, 2018. Read the full review.

Shadow of the Colossus

Reviewed by Lexuzze Tablante on January 30, 2018. Read the full review.

“For a game that started as a DLC and is now a full-blown standalone game, I can truly say that Uncharted: The Lost Legacy is a gem. A game so high-caliber that only Naughty Dog can produce and perfect. A game with such stunning visuals that the transition from cinematics to gameplay is so seamless you don’t notice it at all.”

“Overall, Persona 5 has really captured my heart. With 70+ hours of gaming, I haven’t had this much fun since the last Persona game. I will definitely keep playing it and will even play it into the New Game+. The New Game Plus allows you to keep certain items that you have gotten from the game but it resets your relationship meter with the characters among other things. If you are into old school JRPG, this is definitely the game you have been waiting for. At its price point the game is totally worth it and even more. I am even willing to spend for this game’s DLC. It’s just that good. Now let me get back to the game and see if I can pass this school exam.”

“The Legend of Zelda: Breath of the Wild is a game of legends and one you don’t want to skip out on.”

“This is an excellent game and a game like this deserves to have a spot in your collection. Whether you’re a newbie to challenging games like this or you’re a veteran who knows the mechanics too well. This is a game that’s worth your money and time. I would happily go back into it to kill another yokai.”

“Horizon entices me to come back for more, there was never a time that I got bored with its side-missions which I usually care less in most RPG titles. Horizon: Zero Dawn is by far the best cinematic and most immersive game I’ve played this year.”

Reviewed by Lexuzze Tablante on February 21, 2017. Read the full review.

“But even with the admittedly enjoyable boss fights, all the letdowns of Mutants in Manhattan gave me an impression that this was just another rushed game. The mechanics were simple to understand; but it surely lacked the local co-op mode, and missing the satisfying achievement that each hack n’ slash / beat ’em up game should always have.”

Reviewed by Jan-Lemuel Goyeneche on May 27, 2016. Read the full review.

“Grand Theft Auto V showcases the masterpiece of an open world action adventure title that Watch_Dogs and other open world games have failed to deliver. The mind-blowing graphics, alluring gameplay experience, and the perfect online mode makes Grand Theft Auto V a deserving game to be awarded with Game of the Year title of 2015!”

Reviewed by Lexuzze Tablante on May 11, 2015. Read the full review here.

You can also find all of our reviews on OpenCritic.