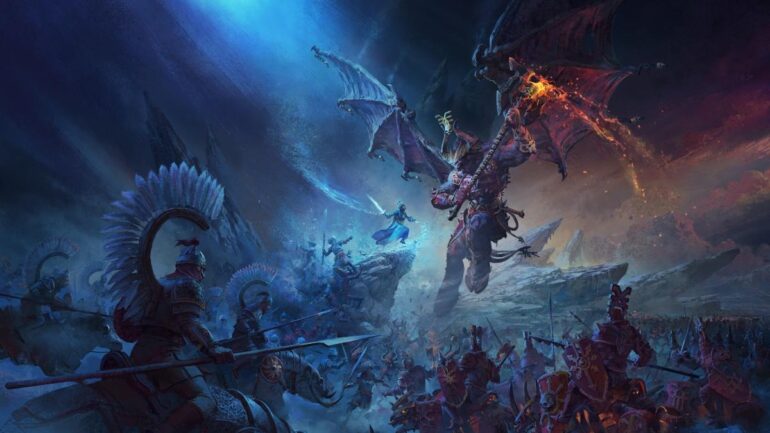 Total War: Warhammer III is a mix of real-time and turn-based strategy. The game manages to blend its mechanics to perfectly complement each other to ensure that no turn, no move, and no investment ever feels like a waste. As a newcomer to the Total War: Warhammer franchise, there were a lot of steep learning curves I had to overcome before I could fully enjoy the game. But once I managed to get past the large reading material that Total War: Warhammer III offered, I immediately got sucked into its deep strategic elements and dark lore.

There is plenty of micromanagement you’ll have to deal with in Total War: Warhammer III. You’ll have to grow your army, capture settlements, manage diplomatic relationships, equip your Lords and Heroes, distribute their skill points, research new technology, build infrastructure on your territory, declare war on hostile neighbors, utilize your factions’ unique abilities, and more. This game will ask for quite a lot of your attention.

Total War: Warhammer III will ask for your patience. In order to properly understand and enjoy the game, you’ll have to be willing to dive deep into its deep political and military elements. The interesting dark lore of the Warhammer universe helps grease the wheels and generate interest for this turn-based and real-time strategy game.

There are two main elements in Total War: Warhammer III. You have your quasi 4X tabletop board where you’ll build your empire, manage your army, and deal with diplomacy. The second part of Total War: Warhammer III is a real-time strategy where you’ll position your soldiers and engage hostile forces. Both elements of the game serve to perfectly complement each other with the actions you take from the former greatly influencing the outcome of the latter.

If you’re a newcomer to the game like me, there’s a tutorial that does a decent enough job to teach you the critical mechanics of Total War: Warhammer III. And you are recommended to play it first even if you have prior experience with the previous games. Though I found that I learned more from playing the campaign as I went.

Total War: Warhammer III features 8 different factions each with its own unique mechanics and attributes. You have Kislev, Daemons of Chaos, Grand Cathay, Ogre Kingdoms, Khorne, Nurgle, Slaanesh, and Tzeentch. These factions are entirely different from the previous two games where you can take dominion of Dark Elves, Vampire Counts, and others.

No two of the 8 factions ever felt the same. Total War: Warhammer III doesn’t lack variety or diversity in any way. Each faction has abilities so radically unique that it felt like playing a different game entirely each time I tried out a new faction. The Tzardom of Kislev, for example, has the unique ability to build strong lords and heroes via their Ice Court. Kislev’s military build is suited for its melee confrontations. The Grand Cathay is their opposite with its military having strong ranged capabilities. Their unique ability, Ivory Road, allows them to establish trade routes that bring back invaluable materials to their homeland. That’s not even mentioning their Wu Xing Compass which gives them stat bonuses as they go. And this isn’t even touching what the other factions can do.

Some races are definitely easier to play than others. I personally found myself gravitating towards the Grand Cathay with their emphasis on ranged combat. Although you might find the forces of Khorne to your liking with the buffs they receive after each consecutive victory in combat. Without a doubt, Total War: Warhammer III does an excellent job diversifying its 8 different factions.

Total War: Warhammer III’s campaign mode is the bread and butter of the game. Although there are also quick battles where you can partake in skirmishes against friends or AI.

Skirmishes usually don’t take more than 20 minutes to finish. However, starting a new campaign might take you days to complete. This can be attributed to the freakishly large scale of the campaign mode with a map spanning the size of an entire continent. I couldn’t help but feel that Total War: Warhammer III drags itself longer than necessary. Still, those who want to be invested and spend hours immersed in their own empire might find this reason to celebrate. The campaign also prevents itself from being stale thanks to its faction’s unique win conditions so there’s a different goal to strive towards each game.

You’ll also be happy to hear that the campaign mode in Total War: Warhammer III isn’t exclusively a single-player game. You can play with friends in multiplayer campaigns if you so wish. Although during the time of this writing, I was unable to find anyone to play the game with. So I’m afraid I can’t quite say for certain how it works.

I was very impressed with the AI in Total War: Warhammer III. On normal difficulties, their strategy is rather straightforward, but crank it up a notch and they start utilizing tactics that really test your ability. On Very Hard, they used their cavalry to quickly maneuver around and flank me, attacking my ranged infantry before my frontline could defend them. My solid formation was effectively crumbled.

Even on normal difficulty, the AI displays impressive behavior. A weaker faction would employ hit and run tactics against a settlement of mine and would run away whenever I send my army to defend it. At one point during my siege, an enemy AI tried to bargain for a peace treaty while throwing gold my way to save its own skin. It was pretty interesting how factions interacted with each other throughout the course of the main campaign.

Military units are also affected by their own moral system which you need to take note of. Should it go too low, they will retreat without your input leaving a gap in your formation. They’ll eventually snap out of it and rejoin the fight but they might’ve already left a critical opening for the enemy to swoop in and break through your ranks.

A possible negative I could attribute to Total War: Warhammer III, if you could even call it a negative, is its immense complexity. There are a lot of elements in the game, especially among its eight different factions. It’s very easy to get discouraged by the massive amount of reading material you have to go through to be able to play the game properly which is an easy discouragement to newcomers.

This is more poignant for certain factions like Nurgle’s which has multiple unique abilities, one of which allows you to create plagues to infect your enemies with.

You’ll also be tasked with equipping each individual lord and hero under you, which adds more to the micromanagement. It’s also important to invest in their skills which allows them to do more for you. Personally, I like this because it does make each important figure in your army unique from each other.

A few issues I did find with Total War: Warhammer III is it often had really slow loading times. When I was loading into a campaign or a battle, it would often take more than a minute to get into the game. I’m only running an HDD so I would recommend upgrading to an SSD for faster loading times.

I could run the game on medium settings without problems with a Radeon RX 5500 XT. Performance was relatively stable but I did come across a single black screen and two crashes throughout my time. Frame rates also did noticeably slow down every time I ended my turn when 100 other factions in my campaign session all took theirs. I did not experience such frame drops though during the large military battles as I thought I would’ve.

I did also feel that the 120 GB disk space the game demanded was a bit too much. You’d better be ready to make some room on your hard drive. 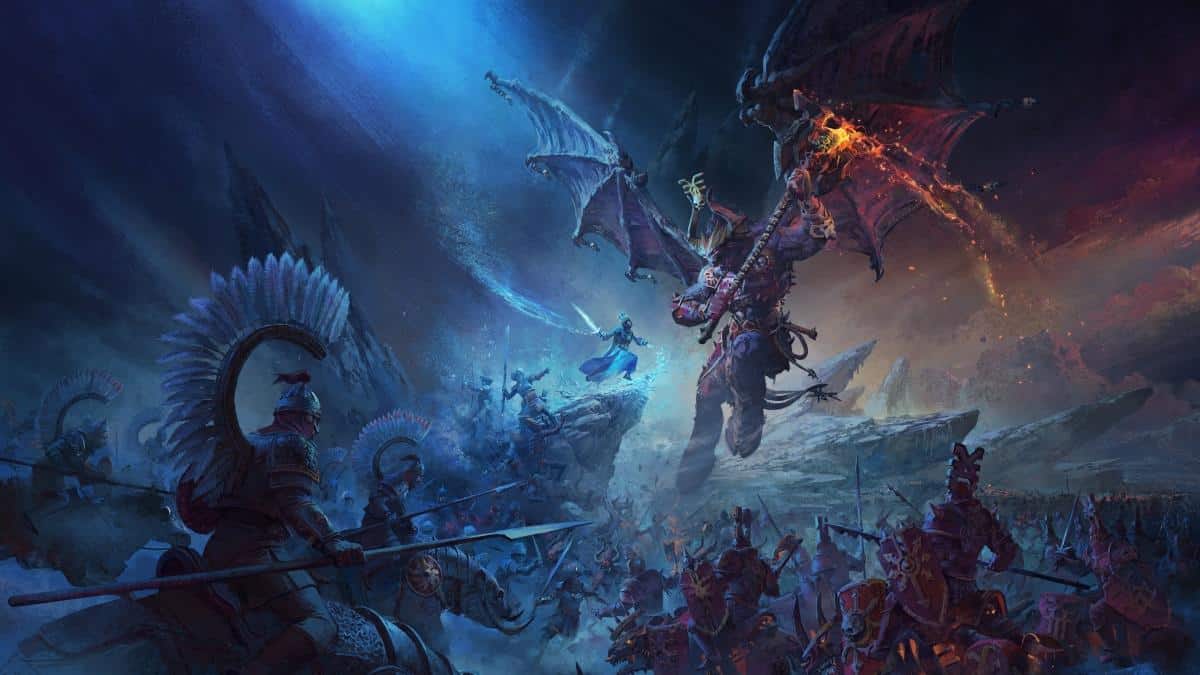 Total War: Warhammer III – Review
Score Definition
Almost perfect if not for the nitty-gritty. If it’s quite there but not enough to push the boundaries, it’s still an awesome game.
Pros
Each Faction has unique mechanics
AI is impressive and challenging
Allows you to craft your own unique playstyle
Cons
Campaign can drag on for too long
Loading times can exceed more than 5 minutes on HDD
9
Excellent