A guide about Gifts in Tower of Fantasy. 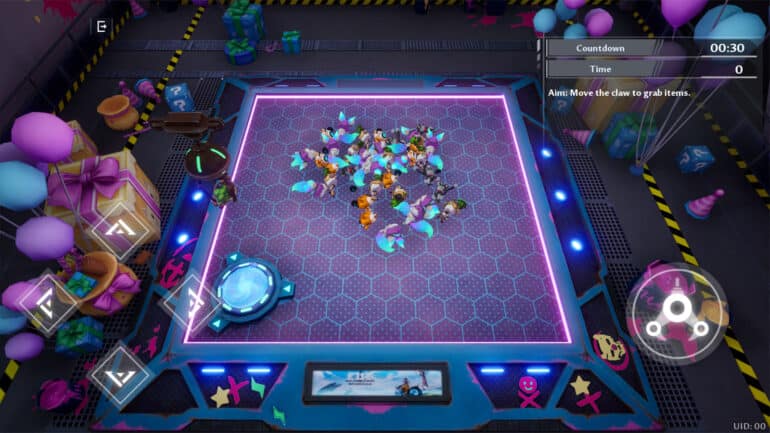 Gifts are items that can be given on Simulacra in order to increase their Awakening Levels. They can be obtained through various means, mainly by purchasing them through the Commissary, but there are also other free, but random, ways of getting them.

In this guide, we will talk about the gifts, how to get them, and how to use them efficiently for awakening.

How to get Gifts in Tower of Fantasy

Gifts can be purchased from the Commissary in both the Crystal Dust Store and in the Points Store.

Another way of getting gifts is by doing these daily activities: Hopkins’ Daily Free Gifts, and Cetus Island Magic Claw Game.

Hopkins is an NPC that can be found in the Black Market located in the Banges region (-441, -121). Once per day, you can interact with him and he will give you the opportunity to choose between two boxes containing different kinds of gifts. These gifts range from small to special gifts.

There is a Magic Claw Game on Cetus Island (-541, -921) where you can play the game three times a day. You have one minute per try to do as many attempts as you can to get a single toy from the pile. The attempt ends once you have successfully dropped a toy on the safe area or if your one minute is up.

Since you only have a minute per attempt, try to go for the ones that are near the safe area so that you can maximize the number of attempts that you can do. Also, go for the toys that have big heads that are easier to grab.

Sadly, once all three attempts for the day are used up, there is no way to pay for more attempts and you will have to wait for the next day to get them replenished.

Listed below are the gifts for each tier grade, along with their respective tags.

How to use Gifts

Gifts can be used through the Backpack, or via the Simulacra menu.

First off, make sure that you have checked the preferred tags of your intended Simulacra gift recipient to know which gifts you need to get. Then, open up the gift box and select the gift that has the matching tag/s. Giving gifts that has the Simulacrum’s preferred tag will earn you +50% Awakening Points for that chosen Simulacrum.

Next, go to Simulacra > Awaken, then select the Simulacrum that will be getting the gift. Go to their Gift menu and select the gift you want to give.

Check out this video by Food Then Games talking about how Gifts work: