This Tower of Fantasy tier list will show you the best simulacrums to roll for. 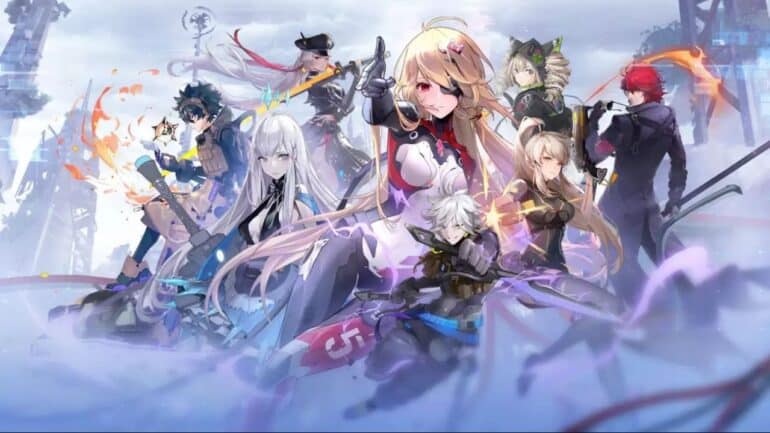 This Tower of Fantasy tier list placements is based on how useful the simulacrum is on PVP and PVE content. Each character performs differently based on what you’re using them for. We kept that in mind while we picked who the best simulacrums are.

Here are Tower of Fantasy simulacra ranked and their info:

Nemesis can clear buffs from crowds of enemies. This makes any hostile support particularly stunted as she can put a pause to any boost enemies receive. She’s also a great damage dealer against crowds of enemies. Nemesis can reliably clear mobs with ease which makes her a good offensive simulacrum despite her support role. This puts her at the top of our Tower of Fantasy tier list.

KING is unrivaled when it comes to dealing damage. Due to his natural ability to debuff enemies by setting them on fire, he can turn any fight into a barbeque. His normal attack swings also encompass a wide range so you don’t have to worry about being too focused on a single target. KING is one of the best in dealing AoE damage due to his almost purely offensive attacks.

Samir is a great DPS and those going on full offensive will love her. Her weapon can can paralyze enemies and negate any use of debuffs for a few seconds. She’s particularly useful when dealing with enemies that can empower their allies giving her an edge in both PVP and PVE content.

Tsubasa can freeze enemies rendering them unable to move and inflict them with frostbitten. This Tower of Fantasy tier list wouldn’t be complete without a bow user. She’s actually very useful for PVP combat as frostbitten reduces enemy weapon charge by 50% debuffing them. Tsubasa is one of the best ranged fighters who has a lot of special effects with her weapons.

Cobalt-B is great for dealing damage at a distance. Her natural ability to inflict burn damage on enemies allows her to clear crowds while at a safe distance. Any foe she inflicts ignite on will receive only half healing further debuffing them.

Meryl is comparable to Tsubasa that they have the same status effects upon charging their weapon. She can freeze enemies, cause debuffs, and reduce her target’s weapon charge rate by half. The challenge is that Meryl is a melee fighter and has to land those fully charged hits.

Huma is a great pick for PVP content as her ability to mitigate damage can make or break any fight. The downside is that she’s clunky to control and challenging get used to due to her main use of a shield. She can ignite targets who then receive a penalty of less healing.

Crow is a decent DPS character but pales a bit when compared to the others. You may need some investment before he can shine. In his stage 3 Advancement, he’ll become more useful with 30% bonus damage to targets below 60% health. Crow is a pretty good simulacrum but he doesn’t really stand out.

Hilda has a pretty good weapon that can turn into a turret. This puts her in a stationary position where she can’t really dodge however her ability to freeze opponents makes up for it.

Shiro doesn’t have any particular elements but she is notable for being able to do additional damage on top of what she already has. Compared to other characters she doesn’t really shine in any particular way.

Pepper is a good early support character. Her dodge ability can cause healing to your allies. However you have to be willing to invest in her to really gain access to her good Advancements which may not be worth it in the long run.

Coco Ritter has the ability to freeze opponents and inflict status debuffs. Aside from her ability to heal there’s not much notable making her rather milquetoast.

Ene can freeze targets and inflict status debuffs. However compared to other simulacrums who can do this, Ene pales in comparison. She can ideally stun foes but only if you invest in getting her into stage 5 Advancement which isn’t worth it.

Bai Ling is a ranged fighter who’s rather milquetoast. Aside from decent damage potential, there’s nothing about her that excels. It isn’t worth it to invest in her at this current time.

Echo is a simulacrum who you can get early in the game. Her Halberd has good reach but she’s otherwise rather clunky to use.

Check out this Youtube video from Gacha Gamer who talks about their own Tower of Fantasy tier list.