Trials Of Mana Modern Revival Thanks To Secret Of Mana Feedback 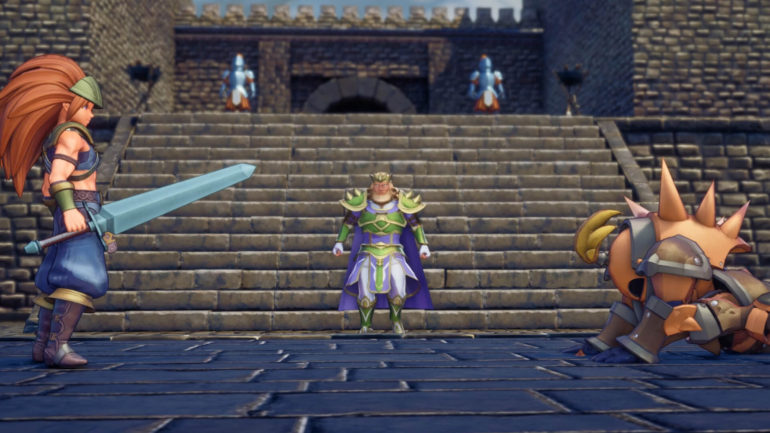 Trials of Mana, the upcoming Japanese Role Playing Game, has gotten a lot of following lately after a game demo was release recently and gained a lot of positive feedback. Some say it captures the heart of classic JRPG gameplay with the perfect upgrade of visuals and game engine. Secret of Mana was released way back in 2018, but did not gain the popularity Square Enix wanted. Instead, the developers moved forward and used the feedback for the newest project.

Collection of Mana producer Masaru Oyamada and Trials of Mana producer Shinichi Tatsuke talked with Noisy Pixel in an exclusive interview about what they did to improve the upcoming JRPG and how they got inspired by the feedback they got from the previous release.

Trials of Mana gains inspiration from Secret of Mana

Oyamada revealed that the systems of both games were different in a large way so it is hard to distinguish what learnings were applied. When Secret of Mana was released, they got tons of feedback from all over the world, and as a whole it was a mixed back. There were positive and negative feedbacks from the gaming community, and there were some expectations from the gamers for the Mana series. They used all of that information for inspiration in developing the upcoming Trials of Mana JRPG.

The Collection of Mana producer shared that the upcoming JRPG was actually started while Secret of Mana remake was still in development. It was also their intention of creating Trials of Mana as the newest title in the Mana series since the original was never released outside of Japan.

Tatsuke’s suggestion on which to play first

The upcoming JRPG’s producer discussed his suggestion on which version to play first for any gamers who are interested. He is confident that the remake is enjoyable enough to play first if they do not have the time to try out the original. He did say, however, that the original will help the player understand the game and might even add the fun factor for them in seeing how it evolved from original to remake.

Trials of Mana will launch on Nintendo Switch, PlayStation 4, and PC via Steam. It will be released on April 24.