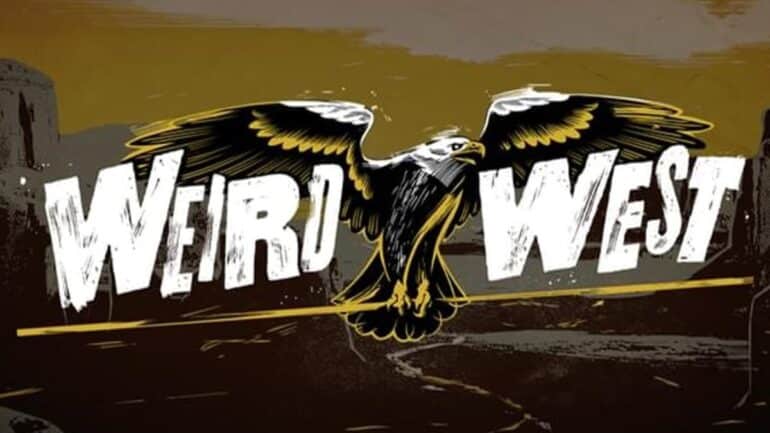 Weird West as a genre is a very interesting concept. It’s one of those unions that bode perfectly well. Peanut butter and jelly. Bacon and egg. A bowl of popcorn and a blockbuster hit. The wild west and the supernatural. A marriage so unquestionably symbiotic that it’s tough to hate it for its flaws and so easy to love it for its premise alone.

Developed by WoflEye Studios and directed by Raphaël Colantonio, the game is under the hands of a studio with someone at the helm who knows what they’re doing. Raphaël’s games seem to have a lot of things in common. They’re almost always praised for their narrative and the level of freedom it provides, but the response for control is divisive at best.

I can same the same thing for Weird West. I highly enjoyed the game’s overarching story. Its themes, setting, design, and overall atmosphere are highly praiseworthy. They’re titillating and engaging. Its controls system, however, weighs the game down. Among a few other burdens. Let’s talk about the controls first.

It was challenging for me to navigate my player’s aim during combat. Its sensitivity was way too snappy and uncooperative no matter how much I adjusted the sliders. I played the game on a console using a controller. I doubt PC players who’ll play it with their keyboard and mouse will have the same issue. Having said that, a little balancing and tweaking on this end will make the game more enjoyable.

It’s a shame that I had to suffer through the game’s questionable controls given how decent its combat system is. Set in the American Frontier, you have access to rifles, revolvers, shotguns, and even a bow and arrow to deal with the enemies on your path. Each weapon has a strength that befits certain scenarios.

For example, I use the shotgun whenever I’m in tight caverns. It has a short attack range, but it’s the weapon in the game that deals the most damage. When I’m out in the open, I switch between a rifle and a revolver depending on my ammo reservoir and how tough the enemy is.

You also have the option to use a melee weapon, which is efficient in its own right too. Ammo isn’t an abundance in Weird West, especially early on in the game, which means you’ll need to learn how to make use of your melee weapon if you want to eliminate the monsters and cowboys that are hindering your progress.

The game also has this incredible bullet time effect a-la Max Payne when dodging while aiming. This mechanic is incredibly satisfying and it makes you feel like a grade-A badass that’s capable of dealing with any supernatural threat.

On top of your weapons, you can also gain abilities by collecting Nimp Relics. These abilities range from weapon skills to magical in nature. They add diversity to combat approaches. The more you play, the more you’ll figure out when to use your bullets and when to use your abilities. Figuring this out is part of the wonderful experience the game offers.

In Weird West, you play as five different heroes who all have different backstories, motivations, and abilities. None of these heroes function similarly. It’s like you’re playing a different build, and thus need to adapt accordingly as you go along. It adds flavor to the experience. The game is never dull because of this. Each character is also fascinating in their own right. It’s wonderful to play as them and know more about their story. What’s even better is that, since Weird West is set in one place, these heroes can cross paths. I’ll let you experience this one for yourself.

I always found myself excited whenever I finish one hero’s journey so I could see what the next one has to offer.

What’s even more incredible is how this gameplay mechanic doesn’t feel like a cheap gimmick at all. There’s a reason why there are five different heroes in the game and why you play as them successively. Not only do they offer something new to your experience, but they also make sense to the story of the game.

Speaking of the story, I was surprised at how fascinating Weird West’s narrative is. It’s enigmatic and ominous at the same time, and it fits the weird west genre flawlessly. I don’t want to spoil the story for you, but the way it relates the personalities, histories, and motivations of the five heroes to the grand purpose of the game blew my mind away.

Weird West is an immersive sim game, which means a lot of your actions will have consequences down the line. While it’s easy to apply this to main questlines, Weird West manages to incorporate your decisions with the most minor interactions meaningfully. Free one seemingly inconsequential prisoner and that NPC might appear later to help you in combat. Let one enemy go, and that enemy might ambush you later along with a fresh set of henchmen.

A lot of your major actions and decisions take effect in the form of your reputation. Depending on this bar, NPCs will either help you out or avoid you. Be notorious enough and bounty hunters will seek you out. This aspect of the game, while not groundbreaking on its own, allows each of your decisions to have weight and meaning. You won’t want to just mindlessly make decisions while playing this game. The promise of consequences ensures this. It is immersion working at its best.

I also appreciate the level of interactivity that’s present in Weird West. If there’s something on your screen that looks like it can be picked up, chances are, you can do just that. You can throw a bottle to distract or lure enemies. You can push a barrel of water forward to extinguish burning objects.

WolfEye is very keen on its attention to detail when it comes to the environment. For example, if you throw a stick of dynamite and it lands in a puddle of water, the fuse might get wet causing it to extinguish. You can then pick the stick back up and throw it again. Another instance of this is if you fire an arrow and it hits a fire source along its trajectory, it will then inflict fire on the target.

Weird West’s top-down perspective and cel-shaded graphics make the game a visual treat. Areas that are supposed to be deserted look rightfully bleak, and magical areas are popping with gorgeous colors. Exploration alone is worthwhile simply because of how pleasing some areas are to the eyes.

While the art direction of the game is decent enough, it somewhat glosses over the fact that a lot of the areas in the game are duplicates of one another.

If you simply stick to the main story, then you’ll be led to areas that offer something new in terms of structure, function, and visuals. If you get off the beaten path and explore, however, you’ll find that a lot of the towns and caves in the game are similar in terms of the aforementioned aspects.

Areas of the same type outside the main questline look very similar. They offer nothing new and they disincentivize exploration. It’s a disappointment when you consider the game’s art direction and setting. The potential for level design is high, but the game settled for less.

The game’s top-down perspective also has a downside in certain instances. Most times, the game does well in making walls and obstacles transparent so that you can see your avatar in-game. In some, not so much. It’s very inconsistent and bothersome.

The perspective in itself is not the one to blame here. Rather, it’s the implementation and the lack of consideration of the environment around the avatar. This is most blatant in tight areas. It can take you a while to adjust your camera so that you can properly see your character. This would have been fine if not for the stealth missions you’ll need to complete.

For the record, stealth is very optional in Weird West. If you’re someone who’d rather go in guns blazing than sneak around to avoid prying eyes, you don’t have to perform stealth at all. But, if you want your reputation to remain high, then you’ll be forced to sneak around in certain places and during certain missions. They’re not plenty, but couple this with the fact that the game can have camera problems and it’s inevitable that you’ll experience a couple of unpleasant moments.

You should also know that the game’s inventory management is as basic as can be for an RPG. Don’t go along collecting everything you can. You might run out of space for items you do need. The game has no crafting system, so there’s no need to horde a bunch of items.

Weird West has a lot of imperfections. Some of them can be fixed via a future patch, while some of them are aspects of the game itself that are now irreversible flaws. Despite this, Weird West’s enjoyable approach to combat and its mind-boggling story makes it a worthwhile experience.

The five heroes in Weird West provide five different experiences that lead to one fascinating conclusion. The world you’re in is dangerous and filled with monsters, but you never feel helpless against them. It’s neither too challenging nor too much of a cakewalk. It encourages a careful approach and arsenal awareness. When you’re left standing tall against a horde of horrifying foes, it is empowering as all hell.

The reveals in the well-crafted story and the pace at which they’re presented to you are highly satisfying. As a game that delves into the supernatural, the story of Weird West is surprisingly interwoven with humanity. It tells a story in such a way that it makes you think otherwise of the things you used to think were awesome. If a game’s narrative makes you ponder for a solid moment, that’s a game worth experiencing in my book. 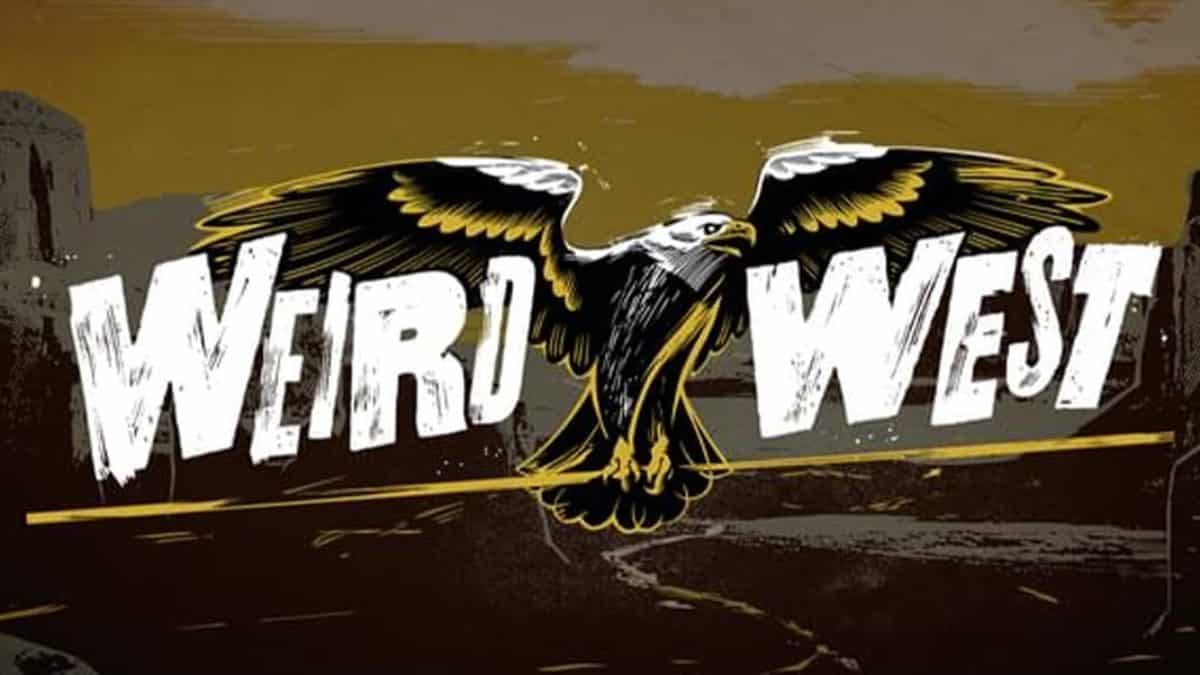 Weird West – Review
Score Definition
We tell you, it’s a good game! It’s not average! It might have some problems here and there, but you have to admit it is a “Good” game.
Pros
It has fascinating story befitting of the "weird west" genre.
The combat system feels empowering.
The game's cel-shaded art style, along with its top-down perspective, makes it a visual treat.
A properly implemented immersive sim game.
The interactivity and attention to detail is impressive.
Cons
The controls during combat is sloppy.
A lot of areas in the game are duplicates of each other, making exploration unexciting sometimes.
The game has immersion-breaking camera problems in tight areas.
7
Good