FIFA 22 Paris Saint-Germain – What country is PSG in FIFA 22?

See what makes this club so stacked. 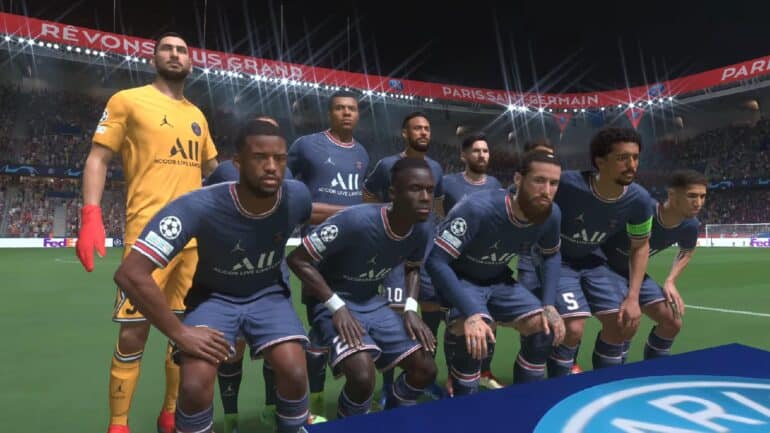 What Country is Paris Saint-Germain in FIFA 22?

Paris Saint-Germain is definitely playing under the flag of France as the country’s top team. They are the highest rated team across the board among the other teams in the French Ligue 1 Uber Eats, and they are also the highest rated team when it comes to the overall score compared to the rest of the teams from other countries in the game.

Who are the Players in Paris Saint-Germain in FIFA 22?

As mentioned, Argentinian Lionel Messi (93/93) is part of the Paris Saint-Germain roster as their right wing forward, French Kylian Mbappé (91/95) is the team’s top striker, Brazilian Neymar da Silva Santos Jr. (91/91) as the team’s left wing forward. Other members in the roster includes:

This roster as the way it is right now is already a powerhouse, not to mention that Messi, Mbappé, and Neymar Jr. are included in the top 10 highest rated players in FIFA 22. On the other hand, Hakimi, Marquinhos, and Donnarumma along with Messi and Mbappé are included in FIFA’s Team of the Year roster.

How to easily get Neymar Jr.

Neymar Jr. is currently available as a player loan under Amazon Gaming’s Prime Gaming Pack #7. This means that you can have Neymar Jr. on your roster for 20 matches. Along with him in the pack, players can also get 7x Gold Rare Players, 2x 82+ OVR Player Picks, and 12x Rare Consumables.

Sadly, Messi and Mbappé were available as player loans on previous player packs, but they appear once more in future packs. Player Packs are given to Amazon Subscribers every month.

If you like this Article, be sure to check out our other FIFA 22 articles:

Check out this video by TheMasterBucks pitting PSG ’21 against PSG ’22 in FIFA 22: