Cristiano Ronaldo FIFA 22: What team is Ronaldo on in FIFA 22?

An overview about the newest Team of the Season Cristiano Ronaldo in FIFA 22. 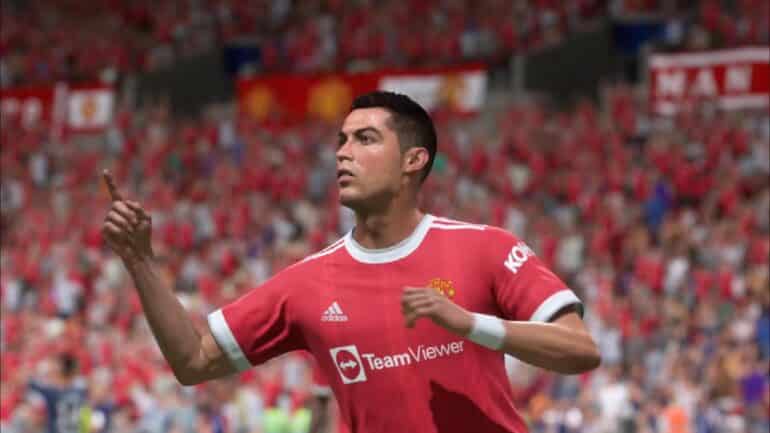 The Premiere League Team of the Season Squad has just been released and it showcases an impressive line up of players as voted for by the fans of the sport, and of course it has one of the biggest football stars in the roster: Cristiano Ronaldo.

And already, just a few days from its release, TOTS Cristiano Ronaldo FIFA 22 is raking in very high prices in the FUT Market, surpassing the TOTY version.

What team is Cristiano Ronaldo on in FIFA 22?

Cristiano Ronaldo is playing with the Manchester United team under the English Premier League in FIFA 22. He also plays with the Portugal National Football Team for the International World Cup in FIFA 22.

What is the difference between TOTY and TOTS Cristiano Ronaldo?

Both the TOTY and TOTS Ronaldos are rated at 97 OVR with some minor differences in some of their stats.

Passing, Dribbling, and Defense between these two remain the same at 88, 95, and 39, respectively. The TOTY scores a bit higher than the TOTS on the Physicality at 92 (+1) with a slightly higher stamina and strength.

However, the TOTS is better rated with Pace at 94 (+1) thanks to a better acceleration and sprint speed. It also is rated higher in Shooting at 99 (+1) with a significant improvement at volley and penalty shots, as well as a boost with long shots.

How to get TOTS Cristiano Ronaldo in FIFA 22?

You can get TOTS Cristiano Ronaldo as a random drop from opening Team of the Season Premiere League card packs or by buying one from the Trading Market. Currently, depending on which platform you are, its price is ranging from 3.9M coins to 4.7M coins.

If you like this Article, be sure to check out our other FIFA 22 articles:

Check out this video by DAN DROPPED U as he showcases the newest Cristiano Ronaldo card in FIFA 22: