Who Is The Quarry Curator?

Is The Quarry's Curator friend or foe? 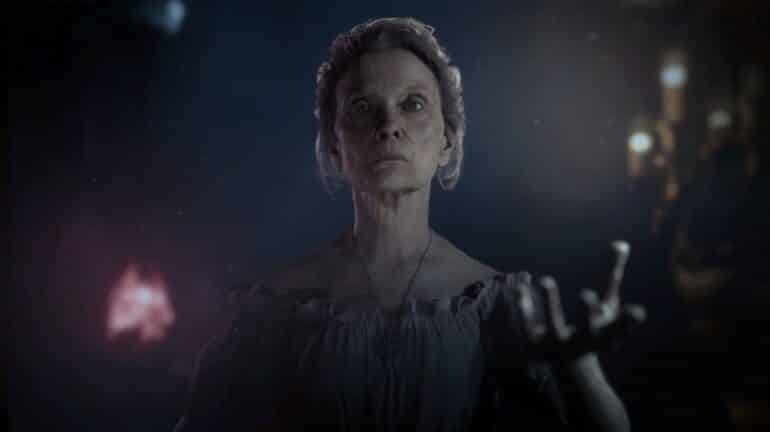 Who Is The Quarry Curator?

The Quarry Curator is Eliza Vorez. She is a fortune teller who reads the Tarot Cards you collect and gives you a premonition of future events from her crystal ball.

Unlike past Curators from Supermassive Games, Eliza actually appears multiple times in the story. She only appears for a fraction of a second, usually in the background. Blink and you’ll miss her.

Eliza asks you to gather her Tarot Cards which are located in different places within each of the 10 chapters of The Quarry. From each Tarot Card you give her, Eliza can give you a premonition of events to come. Though how helpful her fortune telling is is up to you.

We’ll be talking more about Eliza Vorez’s role in The Quarry. Major spoilers below.

Eliza may seem to be helping you, but she is actually the main antagonist of The Quarry. There is strong implication that she is behind the werewolf curse that haunts the Hackett family and places the counsellors in danger.

This is actually why the counsellors hear Eliza’s voice multiple times in the game. She is leading them into making decisions that benefit her particularly. Such as the time when she leads Laura and Max into a room with a shotgun which the former uses to kill Kaylee Hackett in her werewolf form.

Eliza harbors a big grudge against the Hackett family. She becomes quite ecstatic if the player chooses to kill a member of the Hackett family at the end of each chapter. This grudge started from the fire Kaylee and Caleb Hackett started six years before the events of the game which caused many deaths in the Harum Scarum side show.

There is evidence that Eliza may just be a ghost. She has no physical influence over the events of The Quarry and has to rely on player decisions to turn things to her favor. This could explain her supernatural abilities to appear and disappear over many locations.

That’s all for The Quarry Curator. We hope this article helped you learn more about who you’re dealing with. Before you go, we have other The Quarry articles you may be interested in.

Check out this prologue gameplay of The Quarry from the official 2K Youtube channel.