Will Dying Light 2 Have Cross-Platform Play? 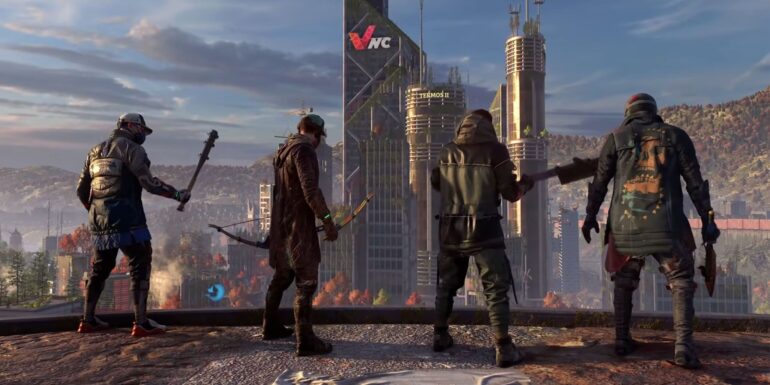 Dying Light 2: Stay Human is an open world zombie survival game that allows you to coop with friends. But not everyone plays on the same platform. Chances are, you’ll have friends who might buy the game somewhere else. You might be asking “will Dying Light 2 have cross-platform play?”

Nowadays, crossplay is pretty much a guarantee for most modern games. Even on release, plenty in the zombie genre already have crossplay implemented to help make it easier for friends to play with each other. Dying Light 2 shouldn’t be any different right?

Will Dying Light 2 Have Cross-Platform Play?

Unfortunately, Dying Light 2 will not have cross-platform play. At least not at launch. Developers of the game, Techland, have noted that this important multiplayer feature will not be present during the game’s debut on February 04, 2022. Players who wish to play with friends must do so in the same platform.

There are no announcements for crossplay yet in the future of Dying Light 2. We can only hope that this feature does get implemented. The original Dying Light did not feature cross-platform play so there is a chance that we might not see crossplay unless there is a huge demand for it.

Will Dying Light 2 Be Cross Generation?

You should know that Dying Light 2 will not be cross generation. This means that if you have a friend on PS4 and you’re playing the game on PS5, you will not be able to coop. You can only coop with those who are from the same generation.

Unlike crossplay, Techland has announced their plans to implement cross generation play sometime in the future. So we can at least be assured that Techland is doing something about it. Still, you will be able to coop with your friends provided that you’re on the same platform and generation for now.

The fact that Dying Light 2: Stay Human has no crossplay implementation at the beginning is rather disappointing. Cross-platform play is already such an expected feature when it comes to multiplayer games like these that we might automatically expect it when buying the game. You might be disappointed to realize that the game you bought isn’t an experience you can share with a friend.

With so many games out there that already feature crossplay, we do hope that Techland can see the benefit in uniting its playerbase.

We hope that this article helped answer your questing regarding if will Dying Light 2 have cross-platform play? Thanks for reading and please do feel free to check out our other Dying Light articles. We have more than a few I’m sure you’ll find interesting.