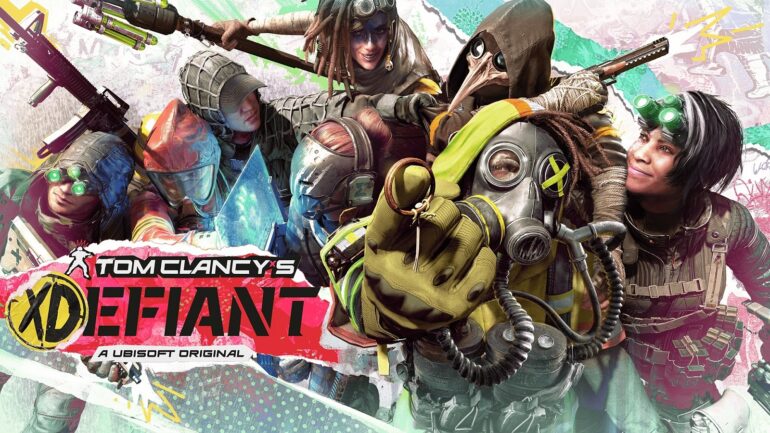 Ubisoft’s commitment is plausible, but not when most of its free-to-play games failed to catch players’ attention. The company’s take on battle royale with Hyper Scape wasn’t interesting enough to keep the community engaged. The game’s controls were sluggish, and the combat felt stiff and laughable. It was a great idea that wasn’t executed well.

With the announcement of XDefiant, the game seemed to have a lot of potential, however, the reveal sort of shown us it’s merely a mash-up of every competitive shooter-based game that exists today, most especially Rainbow Six: Siege.

While Ubisoft Montreal’s competitive, tactical shooter is a paid game, XDefiant is most likely a cheap, free-to-play variant that’s riddled with live-service fundamentals to justify its implementation of absurd microtransactions.

There are four Factions from different Tom Clancy games that showcase different types of characters with unique sets of abilities. Echelon is from the Splinter Cell franchise, we all know the Outcast and the infamous street Cleaners in The Division, and Wolves from Ghost Recon.

Each Faction has its own strengths. The Wolves characters are tanks, absorbing most damage while the Cleaners deal damage against enemy players. While the Echelon characters provide support, enabling other players to see through walls to gain the tactical advantage and the Outcasts are the healers.

I wouldn’t be surprised if most of these characters, or Factions, are locked behind a paywall. The trailer initially reveals there are 11 characters to choose from, but that does not mean you get to play all of them from the get-go if that’s what you’re expecting. Respawn Entertainment’s Apex Legends had the same direction when they launched the game in 2019. Before the first season started, the game only had two characters to unlock: Mirage and Caustic, both Legends cost 24,000 Legend Tokens (12,000 each, in-game currency) or 1,200 Apex Coins (600 each, premium currency).

If a game takes hundreds of hours and a huge commitment, especially when you feel the free characters are underpowered, this will trigger your mind to be tempted in spending actual money to unlock other characters.

The issue here isn’t just the paywall though, but also how Ubisoft balances its characters, the content it offers, and the future roadmap. Unlike Respawn, how Ubisoft deals with game balance is horrible, and that can be seen in Rainbow Six: Siege.

In order for new players to be engaged, the free sets of characters should still have that advantage over the paid/unlockable ones, new limited modes to offer, and some lore.

But if Ubisoft tries to lock away game modes in Battle Pass or paid DLCs, much like how Lucid Games gated the single-player mode, the Challenge Series, behind a paywall then it’s literally going to be a dead game a few months down the line.

Given the history of XDefiant’s producer, the game will surely be ‘fast-paced’ as they claimed it to be. Mark Rubin is a former Executive Producer in Infinity Ward for Call of Duty: Ghosts who joined Ubisoft San Francisco in 2019. While Ghosts had mixed critical reception in 2013, the game was highly praised for its multiplayer. However, what’s concerning is the history of Ubisoft San Francisco. They made great games in the past like Rocksmith and South Park: The Fractured But Whole, but the studio has never developed a shooter game, much more a free-to-play title that needs constant updates and fresh ideas to keep players engaged with in-game content and events.

We have seen developers and studios take on an ambitious project but failed horribly due to the lack of experience in handling certain genres. Rocket Arena from EA was wonderfully fun, but it didn’t last, Spellbreak just had a lot of issues and the game fell into the abyss of all other free-to-play games, even Rogue Company is now a complete ghost town, I can’t even get into a match beyond 10 minutes in the queue.

XDefiant is simply another game from Ubisoft that tries to benevolently justify its live-service approach through free-to-play. I’m definitely setting my expectations low. If you want to take part in the early access beta, head over to Ubisoft’s official site to register.