Steam Next Fest is here again! 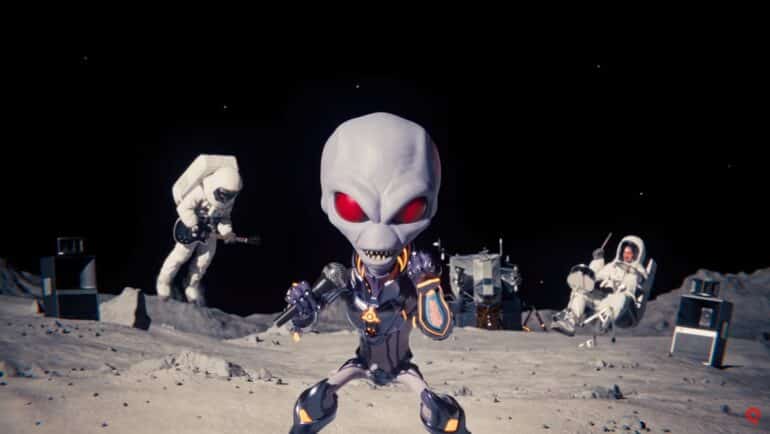 Hot off the Heels of Summer Game Fest Weekend, Steam Next Fest June 2022 hits the ground running, offering demos for many games shown off during the event. With literally thousands of games for you to try out right now, it can get really overwhelming.

Thankfully, this list of interesting games can narrow your search down for the next game you want to add to your wishlist. Now, do note that some of these games aren’t exactly the highest of profiles. We do, however, stand by them as being interesting games that are deserving of more attention.

Let’s get the biggest game out of the way first. If you thought the first game was a good and faithful remake of the original game, then the sequel breaks the mold entirely and gives us a game that’s wackier and far larger than the original game it’s supposed to be based on. And we love it all the more for it! Honestly, there’s no reason to not try this steam next fest demo. Especially when the game is so close to release this August 31, 2022.

A complete remake of the classic game of the same name, the System Shock remake brings back everyone’s favorite human-hating AI overlord, SHODAN. If this is like anything like previous demos, expect there to be a couple of hours of content at most. That’s more than enough time to convince you if this is a game you might be interested in. Also, there’s a chance this game could come out this year. (Crazy, right?) Hopefully, that is the case.

If you’ve heard of Maid of Sker, then know that this game is set in the same world. Only recently announced, this co-op survival horror FPS sees players working together to beat waves of ghastly horrors. And for all you solo enthusiasts out there, don’t worry, you can play the scenarios all by yourself. (Though the 30-minute time limit still applies for each run.)

Imagine a game like Stardew Valley but instead of farming, you are an apothecary (the game calls you a chemist but let’s agree to disagree.) Anyways, you go around town gathering the surrounding area and collecting ingredients to brew potions with. You have to diagnose patients and look for tell-tale signs before you start applying your cures. And did I mention there’s fishing in this game?

It’s also good to mention that the game releases with a physical release. So, if you like what you see, you can buy the game for your preferred console.

Terra Invicta is a massive game in terms of scope. At the very core, you are a commander in charge of building up a force capable of defeating an impending alien invasion of Earth. But to do this, you’ll need to play geopolitics to leverage power for you to reach the next stage: to mine nearby planetary bodies for resources and even then you’ll have to contend with opposing factions and traitors to humanity. If you manage to succeed, you’ll be able to witness some of the finest physics-based ship-to-ship combat in space.

Trust me, it’s going to be a tough climb but if you reach the peak, you get to see such an awe-inspiring view. Give it a shot during this Steam Next Fest. And remember, it’s a grand-strategy game, you’ve got to be very patient.

Historically accurate-ish, the Anvil Saga sees the player as a blacksmith in a small town. Set during the Hundred-Year War, you decide who gets access to your services and that means, there will be consequences for your actions. But if the price is right, does it really matter what your wares are being used for?

In any case, the quality of your work speaks for yourself and opportunities open up for one of the most in-demand professions in the age.

Wayward Strand is an intriguing, heartfelt story. Time doesn’t stop as your character interacts with the various patients on the floating medical ship. Each playthrough is not quite the ship depending on where you spend time on the ship. There is a greater mystery here that you won’t get to see unless you’re keeping your eyes open.

This is also the last chance to play the old version of the demo before the game releases on July 21, 2022.

Above Snakes is an interesting little game. It’s an open-world survival game that reveals itself one large tile at a time. Reveal the secrets of the land while creating your own little safe haven in the middle of the wilderness. With not much else to work on, this game must find a way to retain players beyond the initial hook. It’s a good thing the steam next fest demo came out when it did.

The Tarnishing of Juxtia

The Tarnishing of Juxtia is quite like other regular Souls-like games. And that’s why you need to try it out during this Steam Next Fest. You need to be more aggressive in order to benefit the most from the game’s mechanics. If you like playing the shield playstyle, it might not be for you. This game’s going to be enjoyed by Bloodborne players looking for gaps in between enemy attacks while dodging at the very last moment.

It’s also worth noting that the game is set to release this Summer.

Lost in Play is one of those games that’s just overrun with charm. The visuals remind you of a Saturday morning cartoon and you can’t tell from a glance that the game is a point-and-click adventure game. This is where the demo comes in, it’s the best way of seeing how the game comes together as a game. I’ve seen some pretty good point-and-click games in my time, but the thing is, this game won’t have the snappy writing the best ones are known for.

This game is going for the non-communicative approach. So, it can still go either way. I’m hoping that it’s still as good as advertised despite the fact that the main two characters do not have any speaking lines.

Lost in Play releases this August too. This is a great time to try out the game before it fully comes out.

Now, this one managed to sneak its way onto my desk. When I first saw the trailer, I was thinking that it was going to be something like battle chess. I could not be any more wrong. And I am very glad that this managed to have a demo up for Steam Next Fest.

Chessarama is a collection of micro-campaigns with their own win conditions. There’s no wrong way of playing this game in terms of moving pieces, it looks like. As long as you satisfy the win conditions, that’s all that matters.

It also helps that the chess pieces look like something you can make with a 3D printer. If they can make a chess set with those pieces, it might just sell. But it’s cool enough as it is.

Did you know the original voice actress for SHODAN is going to be part of this game? That’s right Terri Brosius is lending her voice as the Countess of Gloodwood. That enough should be worth a look-see, but let’s allow the gameplay to speak for itself. The graphics are reminiscent of old PC games. Which is already a massive plus in my book. And it plays around with shadows as the original Thief did. AND it has physics-based interactions ala Half-Life. I’m sold.

But if you aren’t into old-school games like I am, you ought to give this Steam Next Fest demo a try. Who knows? You might like it.

And that’s our list of 12 Games You Should Try Out during this Steam Next Fest June 2022. If you have any suggestions for any Steam Next Fest games that manage to catch your eye, you can always leave a comment on our socials. Right below this article’s link!