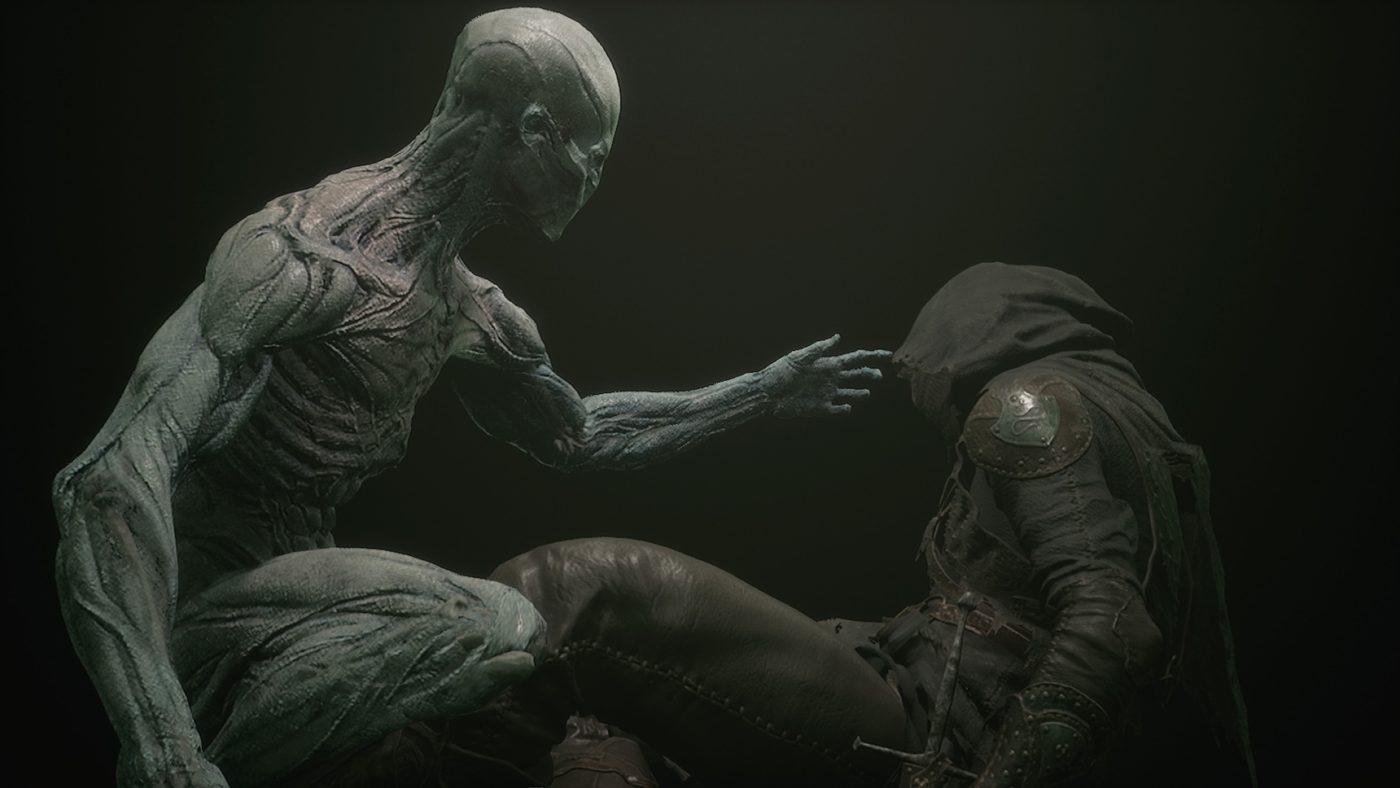 Mortal Shell Guide: Where To Find All Shells

The “Shell” system in Mortal Shell is the game’s unique way of revitalizing the class system we’re so familiar with in RPG games. Each shell has its own distinct features and attributes. There are a total of 4 shells you can inhabit in the game and you can find them all in different parts of Fallgrim. In this Mortal Shell guide, I will show you where you find each of them and what makes every single one unique.

Harros, The Vassal is the first shell you’ll encounter in the game. This shell is the easiest encounter, but many fail to find him on the first chance, essentially walking around as the Empty Vessel until they reach the tower.

Just as you enter Fallgrim for the first time (after finishing the tutorial stage), you will stumble upon a crossroads where you can choose to go either left or right. Head left and you will find Harros’ lifeless body slumped over on the ground.

Harros, The Vassal is a “balanced”, or what you’d consider a milquetoast build. His durability, stamina, and resolve all have a 5/10 rating. This is the perfect build to use if you want to fully explore the harden system, as his upgrades mainly focus on improving it.

Some of his upgrades will allow you to shorten the harden’s cooldown, increase stamina replenish when hardening, and allow you to reset the harden cooldown entirely after killing two enemies.

Solomon, The Scholar can be found in the cave where you encounter Grisha for the first time. You can find this straight across the ajar door at Fallgrim tower. You can choose to defeat Grisha first, or just run straight past and head for the downhill path behind him which leads to a small tunnel you can crawl through.

Solomon has a 7/10 durability, a 5/10 stamina, and a 10/10 resolve (the highest in the game) which makes him more of an ability-centric build. His upgrades also revolve around resolve—like allowing you to replenish your resolve while being hit while hardened, or gain a resolve when talking to an NPC for the first time.

Tiel, The Acolyte is a light build, bringing more emphasis on dodging, frequent slashing, and stamina. This shell can be found outside the Abandoned Chamber entrance.

From the tower, head to the corridor left of Sester Genessa and crawl through the tunnel at the end. Once you’re outside, head left and continue walking forward until you reach another path to your right. You will reach another crossroad, marked by an inscription rock. Head left from here.

Keep moving forward until you get past a large tree with a campfire surrounded by enemies underneath it. You should reach a narrow, downhill walkway that heads towards a graveyard. You’ll find another enemy camp here.

You’ll find a tunnel opening that’s covered by branches on the right side of the camp. Tiel’s shell will be waiting for you here, guarded by a mini-boss. Be careful. This enemy is very agile and can inflict poison damage.

Tiel’s attributes are as follows: 3/10 durability, 10/10 stamina, 2/10 resolve. This shell has the highest stamina rating, but also the lowest durability and resolve rating. His play style and upgrades are centered around mobility and poison.

Tiel has the ability to release a poisonous cloud after riposting an enemy, gain health instead of receiving damage when poisoned, and gain a poison damage buff after killing an enemy via upgrades. He also has a unique dodge animation where he transforms into a puff of smoke as he rolls away.

Eredrim, The Venerable can be found outside the Eternal Narthex entrance. Starting from the tower, head to Grisha’s cave and turn right to find a tunnel opening. Crawl through here to emerge to an enemy camp.

Just head straight from here and make your way through a line of stone slingers and a sturdyman, until you stumble upon another enemy camp. You’ll know the place you’re supposed to turn to when you find a shift in level design, from mossy grasses to marble pavements.

You’ll find stairs left of a stone slinger and walk all the way down to the bottom. Just before you reach the platform heading towards the Ethernal Narthex, you’ll find Eredrim slumped against a broken pillar on the ground.

Eredrim is an atypical tank build. He has a 10/10 durability, 3/10 stamina, and 3/10 resolve. He has the biggest HP in the game, which can still be increased via an upgrade. His other upgrades still revolve around durability and defense, as well as other damage buffs. This Mortal Shell guide ends right here.

If you want to check another Mortal Shell guide, here’s how to activate the Obsidian Dark Mode.