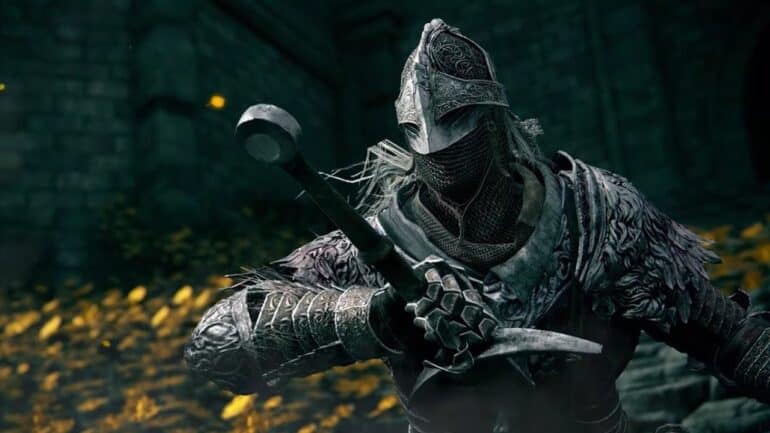 There are several classes in Elden Ring that you can choose from which will compliment your playstyle. The Lands Between is a dangerous place filled with monsters that will push you to the very core. In Elden Ring, one must play to their strengths. Here are all the Elden Ring classes, their stats, and what they do.

Elden Ring follows a fluid class system. Although there is a class selection at the start of the game, each having their own benefits, players can mix and match skills, magical abilities, and stats to create their own unique character.

You won’t have to follow a certain pathway just because you picked a certain class. Though you will be shaping your build most likely around your specializations. No two characters will ever be the same.

For now there are 5 classes revealed on the Network Test in Elden Ring. More to be revealed as we get details on the game.

Here are all the classes revealed thus far in Elden Ring:

Warrior is a class that favors melee attacks and skills over magic, the Warrior revels in their physical prowess. Using dual wielded scimitars that can unleash powerful combos, this class can wreck the battlefield. However, the Warrior isn’t all offense. They also has defensive capabilities as they come equipped with a buckler.

The Warrior is a fluid class that focuses on its dexterity and endurance. You’ll have no problems being mobile and flexible if you choose to be a hard hitting warrior.

The Enchanted Knight class discipline themselves in the art of magic without sacrificing physical prowess. This class is the best beginner friendly class with its flexible playstyle and well rounded attributes.

As an enchanted knight you have your powerful shield, your shiny silver armor, and your trusty spear. You’re also equipped with two powerful skills: the Carian Piercer lance attack and the Glintstone Pebble projectile.

The Prophet class forgoes physical might for a magical one. Don’t let appearances deceive you, this class is very resilient. With the ability to turn FP to HP with the Heal incantation, prophets can last long in the battlefield. They also have access to spells which can devastate large group of enemies such as the Bear Claw incantation.

The Champion class is a physical powerhouse. Though you can probably tell just from appearance alone. This class is essentially Elden Ring’s barbarian that forgoes FP for strength and vigor. If you’re looking for a beginner friendly melee specialized character, you’re looking at the best class for you.

Bloody Wolf is certainly a class for people who appreciate the melee-centric focus of Dark Souls. Out of all the Elden Ring classes, Bloody Wolf has the best melee-centric stats there is. However this class can be difficult to master in comparison to the Champion as it is slow moving due to its heavy armor and long bastard sword. You’ll find that Bloody Wolf initially has a limited arsenal when it comes to range. Though that can be fixed with a few weapon skills.

The best starting class is the Bloody Wolf class if Elden Ring is your first Souls-like game and if you have not played any games from the Dark Souls franchise. The higher your Vigor stat, the more opportunities you have to learn basic combat strategies like parrying.

In addition, this class’s hefty armor offers superior protection over that of other classes. Your strength-based weapons can be boosted in damage by having a high Strength stat.

You may be confused as to what Faith and Arcane mean. These stats are paramount to the type of character you create. So be sure to understand what these stats are for and invest wisely.

Here are all the Elden Ring stats and what they mean:

Elden Ring – How to Increase Attributes?

You can increase your attributes by leveling up. You need to spend Runes to be able to do so. Runes can be acquired by defeating enemies on the battlefield as Runes will be your main reward from conquering your foes.

For more on the game, here is everything we know about Elden Ring. We also talked about some of FromSoftware’s biggest innovations when it comes to Elden Ring.