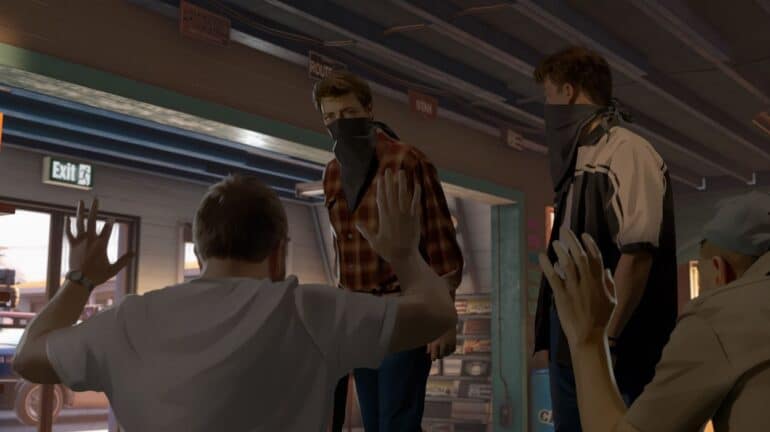 Players are looking for the As Dusk Falls PC System requirements. Modern day games have become more demanding as time goes by and it’s understandable that those interested in playing the latest games would want to know if their hardware can handle it. This article will talk about the minimum requirement and recommended requirement to run As Dusk Falls on your PC.

You need to meet at least the minimum requirement to run the game on your PC. Here’s the As Dusk Falls PC requirements:

As Dusk Fall’s PC requirements aren’t too heavy. You’re not going to be needing the latest and most expensive hardware, but you do need at least a GTX 750 TI or something more powerful to run the game.

As Dusk Falls features a frame-by-frame motion to convey its story. Instead of seeing smooth animation, you’ll see what’s more equivalent to a voice acted slideshow. While the graphics aren’t going to impress anyone, this does mean that you won’t have to worry about the game being too heavy for your GPU.

As Dusk Falls was developed by INTERIOR/NIGHT and published by Xbox Game Studios. It will take you from multiple perspectives that follows the journey of several characters as they grow and develop around the events of a robbery in a small American town.

We hope that the As Dusk Falls PC requirements aren’t too heavy for you. We have more As Dusk Falls content about the game you might be interested in.

Check out this Youtube video from the Xbox Youtube channel for the As Dusk Falls announcement trailer.