Meet all the Voice Actors for As Dusk Falls 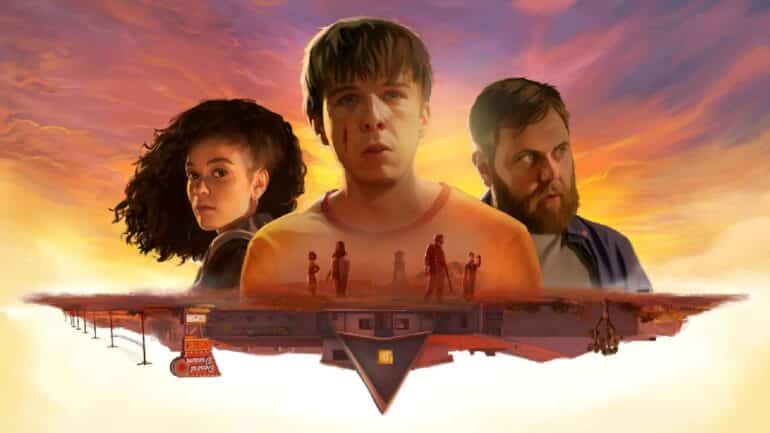 Each of the As Dusk Falls Voice Actors showcased their talents in a variety of artistic settings in this story-driven game, and since there are many different characters you’ll interact with, there are many potential parts to play. There’s a chance you’ll recognize some of these names from other works as well.

With the game having just been released, taking a peek at the enticing interactive game’s cast is a good thing to consider. As such, here’s a rundown of every actor/actress who is playing a significant role in this storyline.

Who are the Characters in As Dusk Falls?

Additionally, Several major roles were shared by two actors, as evidenced by the fact that they are both included later in the credits:

Acushla-Tara Kupe, who had previously worked in film casting, made her acting debut in the 2012 film Fresh Meat. She has since had cameos on episodes including The Crown and The War at Home.

This is Alex Jarrett’s first acting role in a video game, and she does a great job as Zoe Walker. A juvenile witness to the burglary who is still affected by it fourteen years later. The actress has been on BBC’s Doctors, Adult Material, but her role as Azelma in the BBC mini-series adaption of Les Miserables is arguably the most recognizable from her extensive acting resume.

No record of Amy Elsam’s acting career can be found at the moment. On the BFI website, there is only one role listed for Visual Development in 2012, however for the time being, this is all that is available.

Brian Bovell is another veteran of the industry, having appeared in major motion pictures such as Pan and The Witches. In terms of his appearances in television shows, he has appeared in episodes of Shadow and Bone, Holby City, and Coronation Street.

Clara Emanuel is another up-and-coming actress who has been in supporting roles in recent films such as Jason Bourne, Jack Ryan: Shadow Recruit, and Homeland. As Dusk Falls is the first time she has appeared in a game.

Vince is based on the actor Elias Toufexis, who you may recognize from roles such as Prometheus in Immortals: Fenyx Rising or Garner in Back 4 Blood. In addition to his role as Adam Jensen in Deus Ex: Mankind Divided, he has lent his voice to a number of video games, including Spider-Man and Red Dead Redemption II.

Erica has a strong reputation as a voice actress in the gaming industry thanks to her roles as Zo in Horizon: Forbidden West and Bangalore in Apex Legends. Not only that, but she has appeared in a number of well-known films and television shows, including HBO’s Westworld as New Mother and Steven Universe.

Francisco Labbe lends his voice to Dante Romero in As Dusk Falls. although you probably recognize him better as David Agnoli from the Halo TV show. He is most known for his role as Juan in the action movie The 355.

According to IMDb, Gabriel Persaud has only appeared in a single film, which was a low-budget horror film released in 2014 called Tricked. His part was that of Kid 2. After being absent for such a lengthy period of time, it will be fascinating to observe the development of the character of Ash Walema.

In As Dusk Falls, Jack Bandeira will play the part of Dale. This is his first major video game role after appearing in recent live-action films like Venom: Let There Be Carnage and The Witcher. If you look closely, you might be able to spot Dale among the robbers, even though Jack’s character isn’t portrayed in the trailer.

In addition to Jason Dorland, James Sobol Kelly has done some voice work for video games. He has been in the voice acting industry for a while now, and his most recent roles were as 8D8 in Lego Star Wars: The Skywalker Saga and Nitaf in Dying Light 2: Stay Human. In addition, he has portrayed Ron Thompson in Jurassic World: Evolution 2 and an engineer in Battlefield 3.

Jane Perry provides the voice of Sharon in As Dusk Falls, a character who is still mostly unknown. She also has an impressive resume of voice acting for video games, having played Dianna Burnwood in Hitman 3 and Selene in Returnal. The teaser shows the cops in hot pursuit of her character, therefore she will most likely play a role in the game.

There is a good chance that Josh Taylor is already familiar to viewers of indigenous British drama. Both Johnny Dalkeith and Viscount Bollington were roles that he played in the early seasons of The Crown and Poldark, respectively.

Kosha Englers, who has a lot of experience in the field of voice acting for video games, is the one in charge of giving Becky her voice in this new game. Her performances as Zorii Bliss in Lego Star Wars: The Skywalker Saga, Nicole in “The Suicide of Rachel Foster,” and Anne Faraday in “Horizon Forbidden West” may also be familiar to you.

Mali Bamber is an up-and-coming artist who has not yet established a significant collection of works in their career. As a result, it’s going to be very interesting to watch them act out the part of young Zoe in the game.

Vince, played by Oliver Britten, is a former aircraft worker who recently found himself unemployed and divorced. In As Dusk Falls, he goes to great measures because he feels he has nowhere else to turn and since his long-absent father has returned. Although he is most known for his roles in The Limehouse Golem and Doc Martin, you may also recognize him from his voiceover work in Total War: Warhammer II.

Rhydian Jones has been cast in the role of Paul, a character who is unknown at this time. he  has only ever made a single previous cameo, portraying the role of Helio in Bravely Default II. He is most likely most recognized for his supporting appearances in television shows such as Doctors and Jonathan Creek.

Francesca Bridgerton, played by Ruby Stokes, was a pivotal character in the critically acclaimed Netflix series of the same name. She also appeared in the British film Rocks as a member of the band’s posse, and she portrayed the title role in the film Una.

As one of the protagonists of As Dusk Falls, Ryan Nolan plays the part of Jay Holt. The actor has been busy as of late, making appearances in a number of films and TV shows, including Becoming Elizabeth and the highly regarded film 1917. He was noticed shortly after making short films with Newcastle’s Tyneside Cinema, and he now has a role in the newest game.

Bear’s voice actor is Sam Douglas. The actor has been active in the industry since 1983, appearing in films and TV shows including Killing Eve and Colombiana and television shows like Snatch. Video game fans can catch his voice work in titles like Horizon: Zero Dawn and Killzone: Mercenary, but he is most known for his role as Scott Shelby in the critically acclaimed 2012 title Heavy Rain.

Simon Hubbard, a fellow seasoned British actor, played PC Taylor on Inspector George Gently for a decade. He has a wealth of experience, including a seven-year run on Doctors in which he played a number of supporting roles.

For special occasions, Terence Booth steps into the character of Jim, the grandfather of Zoe and the father of Vince, who suffers from dementia. The British actor has appeared in seemingly every long-running soap opera or drama. He has been in numerous TV shows as a background actor, from “I’m Alan Partridge” to “EastEnders,” but “As Dusk Falls” is his first role in a video game.