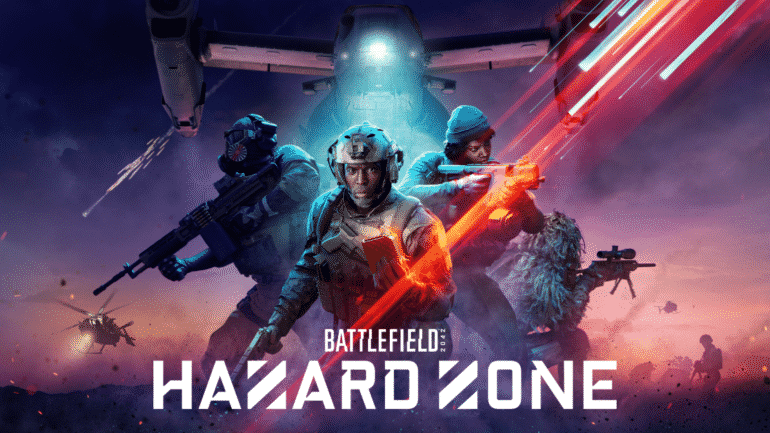 Hazard Zone is a new mode introduced in Battlefield 2042. You could technically call it a battle royale, but unlike Firestorm the goal in Hazard Zone isn’t to be the last team standing. This mode seems to have elements sprinkled from the Apex Legends battle royale formula along with Escape from Tarkov. On this guide, we’ll teach you everything you need to know about Hazard Zone and how to come out on top.

There is quite a bit of layers to unpeel regarding Hazard Zone. It can sound pretty complicated but you’ll get the hang of it after repeated playthroughs. Here’s all you need to know about Hazard Zone and how it works.

What is Hazard Zone?

The goal of Battlefield 2042 Hazard Zone isn’t to eliminate every other enemy player. Although that will make things easier for you. Considering the short time-to-kill you have Battlefield 2042, you’d best be advised to move slowly and not wander off from your team. This is a game mode with a lot of emphasis on tactics, strategy, and team coordination.

You can play with a group of up to 4 players in Hazard Mode. You’ll be dropped in a pre-assigned position on the map to complete objectives before making it out alive via extracting then coming back again. You’ll be competing against other players as well as enemy AI on the field.

Hazard Zone has a maximum of 32 players per match. So you’ll be competing against 7 other squads in a full lobby for the Data Drives you’re sent to look for.

Hazard Zone has a total of 5 phases.

There’s a very good incentive to want to get on that last extract by any means possible. It provides pretty good bonuses called Extraction Streaks.

What Are Extraction Streaks?

Successfully extracting from Hazard Zones multiple times in a row without dying earns you extraction streaks. Extraction streaks give you better odds in the next Hazard Zone match by discounting Tactical Upgrades and items you can buy on the Setup phase.

Your extraction streaks are being tracked per Specialist. So you’d have to earn those discounts one character at a time.

Are There Vehicles in Hazard Zone?

Yes, Hazard Zone has vehicles you can use in the game. You can even use your Call-In Tablet to call them to your location. You can even call in the Robot Dog “Ranger” to your squad.

All Maps in Hazard Zone

There are a total of seven maps right now in Hazard Mode. They’re quite big and spacious so it can be difficult to familiarize yourself with all of them.

These maps also include the weather conditions such as Tornadoes to be hazardous variable to compete in.

What Are The Objectives in Hazard Zone?

The goal of Hazard Zone isn’t to kill other players. Rather, your team is tasked with getting “Data Drives” scattered throughout different locations in the map in a fallen satellite. Other teams will also be gunning for them so you’ll eventually encounter competition.

Before your match begins, the map will show the location of every fallen satellite containing a Data Drive inside. You can head towards them. However, there will be more satellites falling down from the sky which will contain double the amount of Data Drives which makes them high priority. Make sure that at least one of your squad members has an Intel Scanner, a unique equipment in Hazard Zone, to find these fallen satellites.

There are two ways to get Data Drives in the game:

Reviving and Respawning in Hazard Zone

Unlike other modes, once you’ve been downed by the enemy you can crawl down in the ground waiting for revive. This is especially useful for finding cover before you’re killed.

If you do find yourself dying, then you’re not completely out of the fight. Your squad can respawn you using Reinforcement Uplinks scattered throughout the map. They’re essentially Respawn Beacons from Apex Legends. Before the match begins, you can also buy a portable Reinforcement Uplink you can deploy anywhere.

There are a total of 10 Specialists, all of them from Battlefield 2042 and not of the game’s Portal Game Mode. Your team cannot have two of the same specialists in one match so you’re going to have to diversify. Of course your mileage may vary, so it’s usually best to choose one you’re comfortable with. But team roles are important in Hazard Zone, so it’s best to choose a team of Specialists that can support each other.

Before you’re placed into the game, you’re taken into the game’s Setup phase where you can buy weapons you’ve unlocked. Hazard Zone doesn’t have a separate levelling system from All-Out Warfare so whatever you’ve already unlocked you can take with you. So it’s in your best interest to level up and level up fast.

There is a catch though. You can’t just pick any weapon you own just like that. Hazard Zones features a dark market where you earn in-game credits every after match that you can use to buy weapons and tactical upgrades for your Specialists. You can purchase these by earning dark market credits.

Your first game will have you using the default M5A3 assault rifle which is free but without any additional attachments. So you’ll have a challenging time on your first match.

How To Earn Dark Market Credits?

What if You Don’t Have Market Credits?

On your very first match, regardless of your level you start out with 0 credits. So you’ll only have the default equipment which is an M5A3 assault rifle and whatever default equipment your chosen Specialist has.