Battlefield 2042 – How to Level Up Faster

Here's a guide on how to Level up fast by farming unlimited XP in Battlefield 2042. 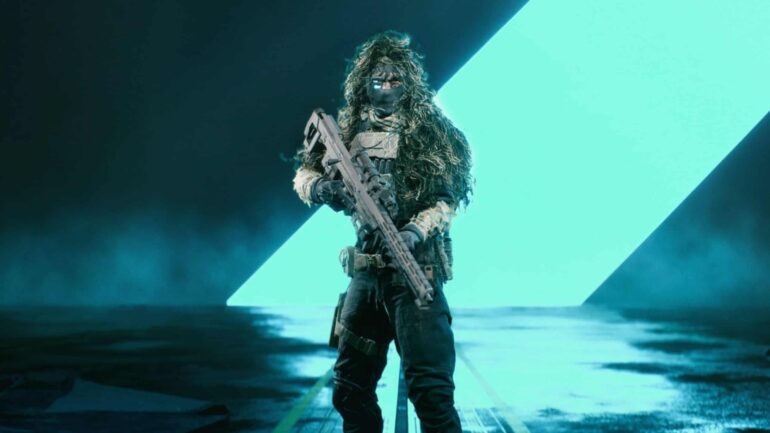 Battlefield 2042 gives you a big incentive to ensure that you level up fast. If you want to unlock every weapon, gear, and skin in the game then you’re going to have to progress your level as soon as possible. If you’re tired of the grind and just want to level up quickly, we got a way for you to skip past the tedium by farming unlimited XP.

There is a method you can use in Battlefield 2042 that allows you to farm as much XP as you can. This doesn’t mean that you have to hack into the game or take advantage of a glitch but there is a trick to gaining unlimited XP. This is by far, the fastest way to level up.

How to Farm Unlimited XP in Battlefield 2042

I’d like to introduce you to Casper, a recon specialist in the game which specializes in the use of his drone. Get comfortable with him because you’re going to be using him a lot to farm unlimited XP. Just follow our four easy steps and you’ll quickly find yourself levelling up fast.

This is the best mode to farm in, but it isn’t a heavy requirement. Select All-Out Warfare mode from the game’s main menu. You’ll get Conquest by default, change modes to Breakthrough.

Select Casper as your Specialist

Before the game starts be sure to select Casper. His recon drone will be important to farming those XP. It doesn’t matter what his loadout is so long as he has his drone.

Hide and Use Your Drone

Once the game begins, you need to hide and use your drone. Find someplace where you won’t easily get stabbed, shot, or ran over when you’re using it.

Every enemy you tag nets you a mere 5 XP and while this doesn’t sound like much, it quickly adds up. As you keep tagging enemy players from the safety of your drone up above, you’ll constantly be farming XP points.

The drone will tag enemies automatically. It will even tag them if you withdraw from controlling your drone. This means you’ll earn XP just by keeping your drone stationary in the air passively tagging enemies.

For comparison, killing an enemy nets you 50 XP. This sounds like a day and night difference. But what’s also something to be considered is that when allies kill those you tagged, it also counts as an assist which also gives you 50 XP. Imagine tagging 5 enemies, them being killed by your allies, and you getting 250 XP for the assists.

This is even better for filling up your Ribbons as they increase your XP earned from the match. Just rinse and repeat until you get to quickly soar through Battlefield 2042’s level progression system. You don’t even have to fight, just sit back, relax, and wait for the XP to come in. Just don’t stay motionless for long else you might get kicked from the match.

And that’s the method to farming unlimited XP in Battlefield 2042. Thank you for reading it. If you’re interested we also have other articles related to the game that could help you out.