Battlefield 2042 – How to Fix DirectX Error 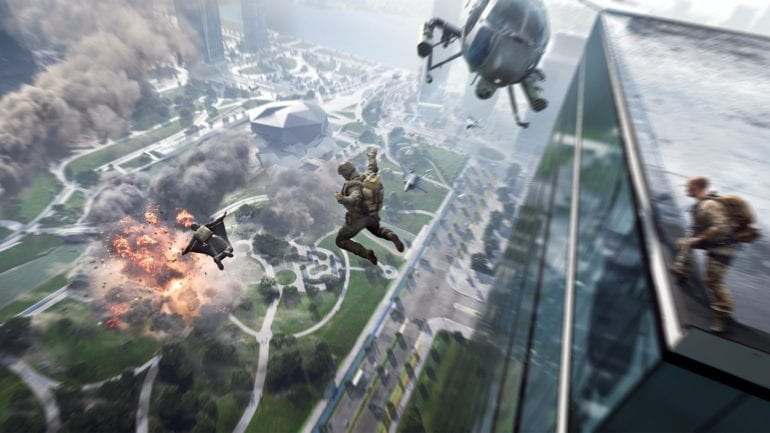 Battlefield 2042 has got to be one of the most disastrous PC launches to date. For a game that is exclusively multiplayer with no main campaign, DICE sure didn’t have a plan to smoothen out their game before launching the servers. But this isn’t the only issue the plagues it for PC players. You’d be lucky to even boot up the game and having it running. Many players are getting the DirectX error that prevents them from even launching. If you’re one of those who have this problem, then here’s how you fix it.

Now DICE hasn’t quite shared any guaranteed fixes to this DirectX error just yet. They have yet to confirm the issue. But that doesn’t mean you’re out of options. There are several ways to potentially fix this error you can try out.

How to Fix DirectX Error

There are three ways to fixing the DirectX error. Try out the steps one-by-one and see if one of them fixes the issue. This error usually occurs when the graphics card of a PC isn’t compatible with a game. You need to meet the minimum requirements of the game first before attempting to run it. If you have confirmed that your hardware is good enough then please proceed to these fixes.

If you don’t have the latest driver for your GPU, the first thing you need to do is update it. Check what kind of GPU you have, then visit the AMD, NVIDIA, and Intel websites appropriately to look for the latest version.

If unsure which graphics driver to install:

Alternatively, your GPU could have an app which you can use to automatically download the latest version for you. Once you’ve updated your driver, your PC will restart and install it. Afterwards you can boot up Battlefield 2042.

Install The Latest Version of DirectX

You’re more likely to face errors if you don’t have the latest version of DirectX. You can download and install it via the official Microsoft website. Once you’ve installed it, boot up the game again.

This has been confirmed to solve the issue for a few players. Go to the in-game setting and disable Future Frame Rendering which you can find under the Display tab.

Once you’ve tried out all these and the issue still hasn’t been fixed, it’s time for the worst case scenario: waiting until DICE patches their game.

Thank you for reading our guide. If you’re interested we also have other articles related to the game that could help you out.