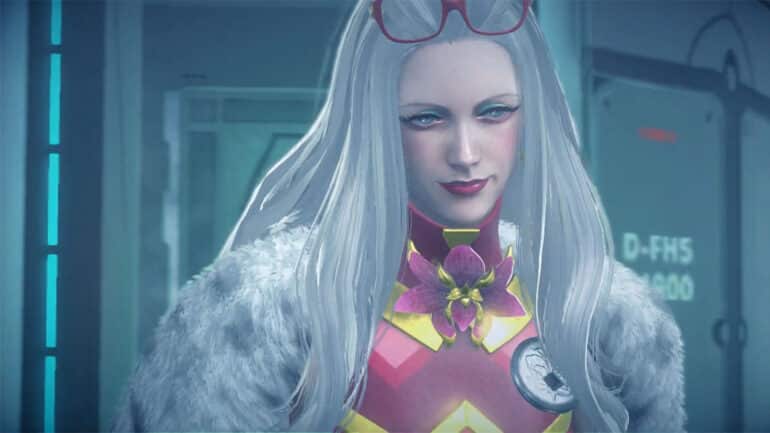 High Stakes is the third side mission in Bayonetta 3 where Jeanne continues to make her way through the homunculus overrun facility in order to rescue Dr. Sigurd, the person who knows how to use the Chaos Gears.

In this guide, we will go through Side Mission 3: High Stakes, listing along any collectibles as well as Bewitchments that can be acquired in the chapter.

You’ll play as Jeanne as you go through the facility, using her unique skills to sneak through or eliminate enemies. Though you have access to your weapons, unless you’re using the shotgun or bow, it’s easier to to clear out the enemies using stealth kills.

Enemies will have a vision cone showing you the extent of their vision. You can do stealth kills when you are behind them, or you’re hiding behind a door or a vent. There are also turret enemies that latch on to the ceiling; they can be easily passed through and there’s no point to kill them. There is an additional enemy that acts as a proximity mine that explodes when you get too close.

All collectibles in this level can be obtained from killed enemies as drops. Kill a lot of enemies as they spawn to make sure you get all of them.

The boss has two bars of health and will switch positions depending on how many bars is left. Its weak points are its head and its arms, but only if they are holding on to the elevator.

Check out this video by Linkmstr showing gameplay for Side Mission 3: