A look at how the Captain's Log Book works. 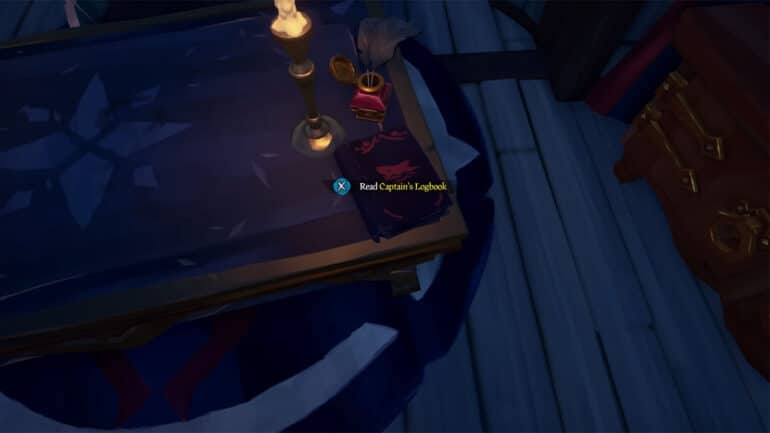 The Captain’s Logbook is a new feature added in Sea of Thieves. This book allows captains to record the history and details about their ship’s voyages and other related stats. It’s a good way to check on how your ship and crew has been doing, and it can also become a prized item that other pirates can steal.

How to get the Captain’s Logbook

Every purchased Captained ship will always include a Captain’s Logbook which can be found on top of the Voyage Table.

How to use the Captain’s Logbook

The Captain’s Logbook will automatically log different kinds of stats on an active Captained ship. Checking the log book is as easy as interacting with it on the Voyage Table, or if you have a stolen one, you can access it within your inventory. All crewmates can also access the log book of the ship that they’re in.

The Captain’s Logbook will start recording several statistics starting from the day the ship is purchased. It will also keep a separate record of the current play session. The stats and details that are being recorded are as follows:

Players can attack other players’ captained ships in order to sink them down. If you manage to capsize another captained ship, you will be able to recover its logbook from its wreckage.

Stolen Captain’s Logbooks can be sold to The Servant of the Flame of the Reaper’s Bones to get some gold. The amount of gold that can be received will depend on how much time has been recorded on the logbook; from the time it set sailed until the time it sank, all within a single session. Each logbook will also receive a prefix or a tag that will tell the value of the book upon its possession.

There is a recent bug involving the logbook which allows players to delete items that can be picked up while holding the logbook. This happens when the logbook on hand is a stolen one or a logbook that does not belong to the ship and if the items are placed within treasure chests. So be aware of this if you have invited random players to your crew or if you have a stolen logbook in your possession.

Check out this video by Syrekx that includes a quick intro about how the Captain’s Logbook works: