Deathloop Pact Of Smoke How To Open The Smoked Room (2022) 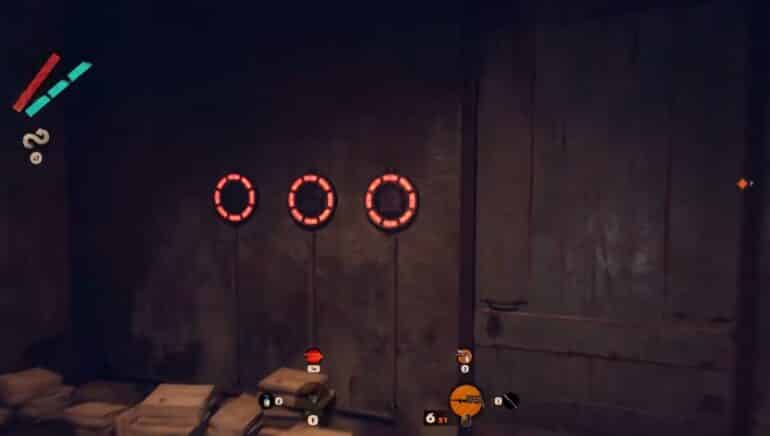 There is nothing more satisfying than solving a good mystery. In Deathloop, there are a ton of hidden quests and challenges that can be found in different parts of the island. In this guide, we will help players solve one of them titled, The Pact Of Smoke.

Where is the Deathloop Pact Of Smoke Door

Located up a small set of stairs on top of the roof adjacent to Colt’s Flat, the Pact of Smoke Room contains a mystery behind it. To reach it easily, players can enter Colt’s apartment from the Dorsey Square window and then exit out the other side by using the only other open window. They can either enter the room where the Pact of Smoke Door is by using the door at the top of the small staircase or using a window located on the right side.

How To Get Door Codes for The Pact Of Smoke

The Pact of Smoke door found in the room is rigged with three separate combination locks. Each of the locks has different codes required to unlock it. Looking for them down isn’t as simple as walking around Updaam since it may require players to perform a reset in the loop twice to get all their passwords.

How To Get The Code From Cass

The 1st password is found at a building joined by the courtyard outside of Colt’s Updaam flat. Go inside and there is a strange smoking device. Search for a note next to it from a girl named Cass and the 1st code will be found.

How To Get The Code From Vanya

After getting the 1st code, players will need to press the switch to light up green to the top row, the red pipe. Doing so will kill Cass and another Eternalist while leaving Vanya alive. Reset the loop to the morning but before that, ensure that the red tube is safe.

Head straight to Karl’s Bay in the afternoon and take the tunnels where you will see the Gardens of Perception sign. Go through the door and stay on the right. From there, there will be staircases that head down.

Go down the stairs and on the right side is a doorway. Head inside and a workbench is found on the back wall. A note by Vanya will be found on the counter and the 2nd code is found.

How To Get The Code From Anatoly

After getting the 2nd code, do another time loop that lands you in the morning. This time, the machine in the Pact of Smoke Room should be set so the green button aligns with the Blue Pipe. Doing so will leave Cass and Vanya dead and Anatoly alive.

Head back again to Karl’s bay in the Afternoon. Look around the area for two hangars. Find the sign that says Treasure of The Ice. The left side of the entrance is decorated with green lights where Anatoly’s flat is. Go inside, kill him, and the last code is found.

After getting all the codes, players can return to the Pact Of Smoke Door and unlock it. However, there will be the only disappointment found as there is only an audio log featuring the second part of Harriet’s interview with Julianna.

Check out this video guide by No-Nonsense Guides to see how to get all the codes for the Pact Of Smoke Door in Deathloop.