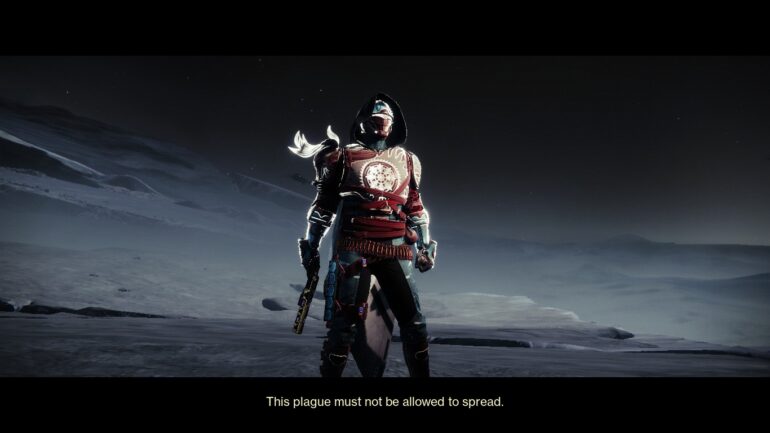 My experience so far with Destiny 2 Incandescent and Solar 3.0 last season was some but of the best a solo Hunter can ask for in the game. Not only did Solar get tremendously buffed, we also got the bane of many a PvP player – Classy Restoration. That one seasonal perk was so good that I nearly abandoned the subclass when Arc 3.0 was released and Classy was removed from the game.

But that’s all changed since I got back to it and started playing around with perk combinations and looking towards the community for guidance. What I found out changed everything and made my build more destruction than ever before.

The thing that really gives this build some teeth is the fact that despite Solar 3.0 literally allowing you to survive up to an inta-wipe attack, it was actually hard to get enough Scorch stacks to make an Ignition. It was either enemies die too fast or they don’t Ignite fast enough to be impactful.

But that changed with the Incandescent perk.

What does Incandescent do in Destiny 2?

Defeating a target spreads scorch to those nearby. More powerful combatants and opposing Guardians cause scorch in a larger radius.

According to the community’s research, Kills apply 30 Scorch to enemies within a certain range.

For the class ability, I recommend Gambler’s Dodge. Depending on what you are running, you can opt to use Marksman’s Dodge to have instant reloads. It’s a matter of personal preference, really. I just like to have my weighted throwing knife ready for the next Champion that comes close.

Weighted Throwing Knife is my choice of melee ability. This is less for getting class ability back on precision kills but more on getting ignitions on Scorched targets. (Watch as these yellow bars go up like a Roman candle.) But really, you can go with any of the other options, all of them are good in their own way.

Feel free to choose whatever grenade and jump you’re comfortable with. Personally, I go for Thermite Grenade for that sustained wave of scorch-inducing damage. I also go for the very versatile Triple Jump, the tried true hunter go-to.

Now let’s go through the Aspects:

You can only two of them but the one you need for this build is Gunpowder Gamble. Running this Aspect allows you to charge up a powerful solar explosive that, when shot in mid-air, causes an Ignition. And by using Incandescent energy and heavy weapons, you can get all 5 charges really quickly.

The second aspect is totally up to you. Since I run the Ace of Spades hand cannon on this build, I naturally gravitate towards On Your Marks because I really dislike waiting for the reload animation to finish. But you can totally go for Knock ‘Em Down if you’re into Radiant and more powerful Supers.

For this build, Ember of Ashes is the only fragment you absolutely need. With it, you apply more Scorch stacks to targets. Somewhere along the lines of 40 Scorch. Also, killing powerful combatants and other players increases the explosion range to 8 meters. Spreading even more Scorch stacks.

The other aspects are totally up to preference.

I like to run Ember of Tempering for increased recovery. For a) my build runs 2 solar weapons (technically 3 if you count Ace of Spades and its Dragonfly perk.) and b) I really miss Classy Restoration.

For my third fragment, I run Ember of Searing. By defeating scorched targets, it grants melee energy. It’s yet another way to get Weighted Throwing Knife back faster and who wouldn’t want to have constant up time with their knives?

And finally, there’s Ember of Wonders. This is the one aspect that’s easily replaceable but since Ignitions are so easy to pull off with this build, I have no issue having it in for additional Orbs of Power. Plus, there’s the added Resilience. And there’s nothing more important in Destiny 2 right now than really high Resilience.

If you’re looking for other recommendations, I suggest Ember of Blistering and Ember of Eruption. These two work well with your chosen Grenade ability. But they aren’t needed for Gunpowder Gamble. Your grenade ability can be on cooldown and you can still have the explosive up after fulfilling the requirements. More on that below.

(Solar) Helmet mods – Anything you like but have Well of Life in your Combat Style mod slot.

(Any) Gauntlet mods – You probably would want to have space to run Champion mods and any elemental mod you want but have Elemental Ordnance in your Combat Style Mod slot.

(Void) Leg Armor mod – For this one, I run Lucky Pants (cause I like it.) Plus being a Void subclass, it allows me to run Already Better as an armor mod which adds more functionality to picking up Orbs of Power made by your or allies. You’re going to need Font of Might in your Combat Style Mod slot too.

(Solar) Class Item mod – For my class item mods, I like Bomber because it reduces the Grenade cooldown when I use my class ability. You can also do something like Healthy Finisher to get your health back faster in high-level content. What’s important is that you have Explosive Wellmaker in your Combat Style Mod. That’s going to allow you to get the most out of your explosions. It even works with Firefly if you get 3 enemies in the same explosion. Which shouldn’t be hard to do in PvE.

Where to get Armor Mods in Destiny 2?

You can get more armor mods by visiting Ada-1 in the Tower. Her stock rotates daily, allowing you a chance to get the mods you need to complete your build. But warned though, sometimes you’ll have to wait months to get certain mods, especially ones that were once offered by removed vendors from past seasons.

For my primary kinetic slot, I go for my trusty Ace of Spade. It’s an exotic kinetic weapon that has built-in Solar explosion capabilities. I’m sure there are other weapons that fit the bill but none come to mind right now.

For my energy weapons, I go for the Ammit AR2 Auto Rifle. This gun has quickly won me over of how effective it is at spreading Scorch stacks. But more importantly, you can quickly get this gun’s weapon crafting print via a season quest.

You can also run this like the ever-popular CALUS Mini-Tool. Or Drang that works too, especially if you decide to go with Mechaneer’s Tricksleeves.

Just make sure it is a weapon that has Incandescent on it.

For my heavy weapons, I plan to use the Cry Mutiny Grenade Launcher. You can get this weapon by reaching rank 16 with the activity vendors – particularly Commander Zavala, Lord Shaxx, and even the Drifter. This gun is amazing not only when it comes to add clear potential but it also runs Incandescent.

The returning Iron Banner weapon, Roar of the Bear, can also have Incandescent. Otherwise, any Solar weapon will do. (The worm launcher is great too.)

The idea is simple, defeat opponents with Solar weapons, charge up all 5 stacks of your improvised explosive and toss said explosive into the nearest group of enemies. (Don’t forget to set it off in mid-air for maximum effectiveness.)

One interesting fact, you can throw your solar grenade before filling up all 5 stacks and when you get that 5th stack, you’ll have the explosive on hand.

Anything that survives the explosions gets the Weighted Throwing Knife causing them to explode soon after. It’s very effective and survival shouldn’t be an issue if you keep picking up Solar Wells and Orbs of Power.

As to why I run around with Lucky Pants. I just really like Lucky Pants. It allows me to shoot a couple of hand cannon rounds when my energy weapon needs reloading. When I hot-swap back to the AR, I need only wait 8-10 seconds and my hand cannon is fully reloaded. Neat.

The only issue with this build is you have to be mindful about not killing all the mobs when dealing with end-game bosses. But anything below that extreme point, you can take on without much issue.

As a final point, this build works because of Incandescent. You can use whatever Solar weapon you want but it’s not going to be as effective as using Incandescent. But don’t shoehorn yourself into always using it. Every build changes depending on the time and season. And Bungie also tends to balance things that are too effective. So, experiment away and see what works for you.

See you next time!

If you’ve made it this far down the article, share your thoughts with us by emailing us directly. And if you like to see more wacky build articles like this one, do let us know. We are always looking for feedback.

Also, check out this video from Youtuber xHOUNDISHx where he talks about the best weapons this season that can get Incandescent.