Try to get these two great weapons basically for free. 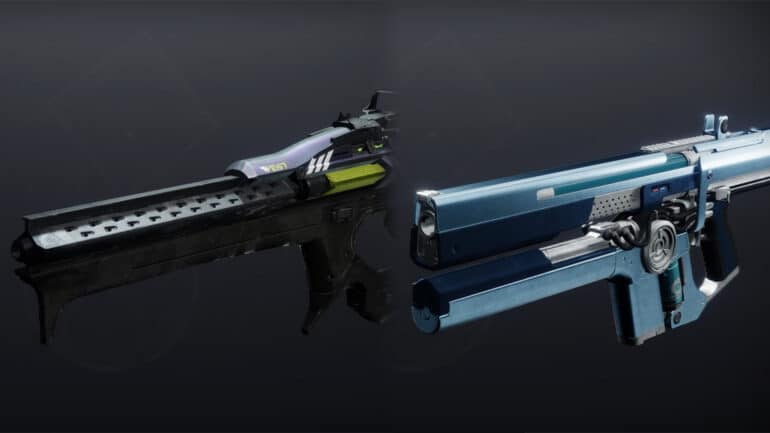 Added along in Destiny 2 Season 18 Season of Plunder were two new weapons, the Destiny 2 Ammit AR2 and the Taipan 4FR, both of which are locked behind two new Foundry quests. These two new weapons are hot right now considering how interesting some of their enhanced traits are which can be built upon to get very powerful builds.

In this guide, we are going through the steps on how to unlock the Ammit AR2 and the Taipan 4FR weapons, and get to take a better look at what makes these new weapons special.

Both of the weapons’ quests can be initiated at the Relic Conduit of the Weapons Foundry at the Enclave. After completing the Ascendant Alloy Requisition quest, the Foundry Resonance quest will be unlocked, which is the quest that will lead to unlocking the Ammit AR2 weapon first, and then the Taipan 4FR.

How to unlock the Ammit AR2 in Destiny 2

Unlocking the Ammit AR2 simply requires you to unlock its weapon patterns by using the Deepsight version of the weapon. Once the patterns are obtained, the weapon can then be crafted.

The steps below succeed the Ascendant Alloy Requisition quest which just requires you to complete a weekly campaign mission.

Step 1: Obtain the Deepsight Copies from the Foundry Resonance Quest

The first step in unlocking the Ammit AR2 is by heading to the Relic Conduit and accepting the Foundry Resonance quest. This will give two Deepsight copies of the Ammit AR2.

Once the Deepsight weapons have been obtained, you will then have to use them on Vanguard playlist activities such as Strike, Gambit, or Crucible to increase their attunement level for their Deepsight Resonance.

After completing the resonance on both weapons, the next step is to extract each of their resonances. Once the extraction is done, head back to the Relic at the Enclave to receive the weapon pattern of the Ammit AR2. But before it can be craft, you will first have to proceed with the Foundry Shaping quest.

How to unlock the Taipan 4FR in Destiny 2

Unlocking the Taipan 4FR basically has the similar steps as unlocking the Ammit AR2, with a bit more extra steps. The steps below picks up after completing the Foundry Resonance Quest for the Ammit AR2.

Step 1: Obtain the Deepsight Copies from the Foundry Shaping Quest

Back at the relic, accept the Foundry Shaping Quest to obtain two Deepsight copies of the Taipan 4FR.

Step 2: Complete either a Wellspring or Dares of Eternity activity

Use both weapon copies on either a Wellspring activity or a Dares of Eternity activity to fill up their attunement level and complete their Deepsight resonance.

Step 3: Craft either the Ammit AR2 or the Taipan 4FR

After completing the resonance on both copies of the Taipan 4FR, head back to the Foundry and craft either the Ammit AR2 or the Taipan 4FR to proceed to the next step.

To increase the Weapon Progression of the crafted weapon, use the weapon on activities and kill enemies. Each enemy killed by the weapon increases the weapon’s progression meter, so go for activities with a lot of adds to quickly level the weapon up.

After completing this step, don’t forget to head back to the Relic to claim your Ascendant Alloy reward.

The Ammit AR2 is an Auto Rifle with the following stats and perks:

The Taipan 4FR is an Auto Rifle with the following stats and perks:

Check out this video by Time Sausages Gaming Channel showing how to get the two new weapons in Destiny 2: