One of the most powerful exotics in the game 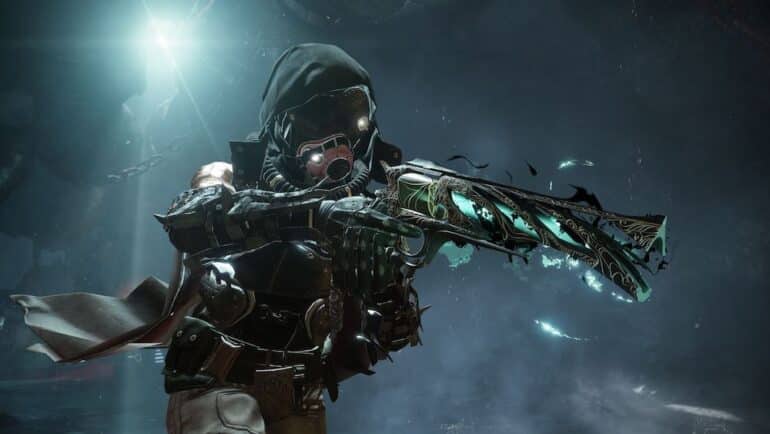 How to Get Destiny 2 Malfeasance Hand Cannon?

Ever since the Destiny 2 Forsaken DLC has released for free-to-play players, everyone now has the chance to grab the Malfeasance Hand Cannon for themselves. This exotic weapon has been universally acknowledged by even Destiny 2 veterans as one of the best weapons in the game. So don’t be surprised that everyone wants to get their hands on it.

Acquiring the Malfeasance exotic is easier said than done. Like the Destiny 2 Thorn Armor, it can be taxing and will require some stroke of good luck to acquire. If you’re lost at where to being, we’ll show you exactly where to go in order to get this exotic weapon for yourself.

How to Get the Malfeasance Hand Cannon? Step-by-Step Process

In order to acquire the Destiny 2 Malfeasance exotic Hand Cannon, we first have to begin the exotic quest for it in the game. The quest to acquire the Malfeasance is called Light in the Darkness which you can start after handing a Seeding Heart to the Drifter.

Here is the complete step-by-step process into getting the Malfeasance Hand Cannon. This will include how to get the Seeding Heart to start the Light in the Darkness Quest.

Go to the The Drifter and participate in Gambit Matches. You’ll have to summon Primevals until you can get the chance to fight an Ascendant Primeval Servitor. You can find the Drifter as a vendor in his ship, The Derelict, in the Tower.

The Ascendant Primeval Servitor will be on a random rotation. So you might not encounter it during your first time summoning the Primevals.

Once you have had the chance to encounter a Ascendant Primeval Servitor which is a mini-boss, you can defeat it for the chance to acquire a Seeding Heart which is important to getting the Malfeasance Hand Cannon.

Speak to The Drifter

Once you have a Seeding Heart, return to the Drifter and he’ll give you the Light in the Darkness Quest.

While this quest only has around 1100 Power, this can actually be very difficult for even Guardians at 3000 Power. There is no matchmaking for this quest so we recommend you pair up with a friend before tackling it.

You need to speak with the Drifter and participate in Gambit Matches where you’ll need to win at least 10 Gambit Matches and deposit 100 Motes. Beware that losing Motes will also count against your progress making this a particularly difficult step.

Whether you’re playing Invasion or defending, you have to defeat 25 Guardians in Gambit which isn’t an easy feat. This part tends to be rather taxing so prepare yourself.

Next, you’ll have to wipe an entire team in an invasion 3 different times. You can also rely on your teammate to be the one to do this or you can team wipe yourself. Either will count towards your progress.

Return to the Drifter

Once you’ve completed all the steps above, return to the Drifter. You are now a proud owner of the Malfeasance exotic Hand Cannon.

For more Destiny 2 related articles, please check out our other content.