There is no Diablo Immortal cow level… or is there? 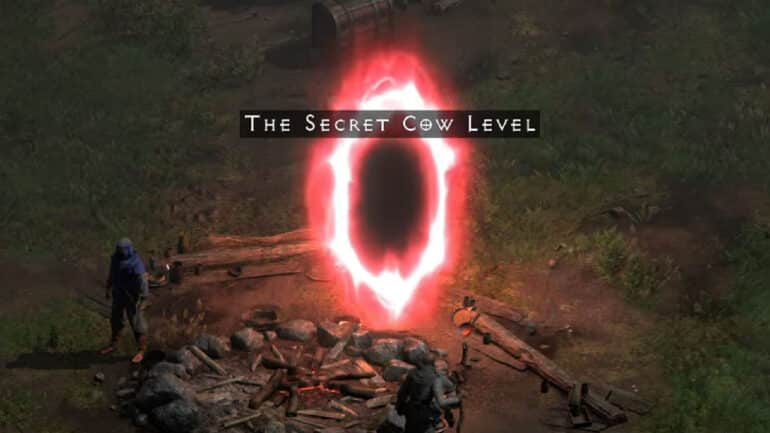 The Secret Cow Level has been a running gag in the Diablo community way back in the early Diablo games. It’s basically a secret level that is populated by cows that are out to kill you. What made this level popular with the players aside from the level’s absurdity is that it was a good place to grind for XP and farm for consumables. The Secret Cow level had a couple of iterations up until Diablo 3, so players are also wondering if a Diablo Immortal Cow Level also exists.

What is the Secret Cow Level in Diablo?

What started as just a rumor about accessing a secret level involving a cow’s corpse, the Secret Cow Level has first manifested in Diablo II when the devs decided to pick up the joke and actually include it in the game as some sort of an Easter Egg content.

Players can open a portal to the Secret Cow Level which is also known as the Moo Moo Farm. Upon arriving, they will be greeted by herds of axe-wielding Hell Bovines. Well-equipped players should have no problems mowing down these mad cows, but they could still get overwhelmed just by the sheer number of the mobs. Within the farm is the Cow King which serves as the level’s boss.

This continued on to Diablo 3, with the return of the Cow King, but now as a ghost. He sent players to a different world called Whimsyshire which is a colorful land full of killer unicorns, flowers, and teddy bears. The game got another reference to the cow level when it held an anniversary event where the Herald to the Queen spawned and killing it opens a portal to another secret area called Not the Cow Level. Despite its name, it was still full of killer bovines, just like the original secret cow level.

Is there a Secret Cow Level in Diablo Immortal?

Sadly, there is no secret Diablo Immortal cow level, at least not yet. If there was one, we would have heard about it from the beta testers or the dataminers. But there is still hope since it can just be sneakily added into the game via a patch or an update.

On the other hand, there are some secret levels that can be found in Diablo Immortal known as Hidden Lairs. The portals to these hidden lairs can be found in different zones, but they are not always open. When they do open up, a notification will pop up in the middle of the screen. You’ll have to look for it fast, though; since it’s on a first come, first serve basis, other players can get to it and lock you out from entering.

Inside these Hidden Lairs enemies and a boss that can drop some good random gear, and they can also drop gems if you are lucky.

Check out this video by WCLadranas showing the original Secret Cow Level in Diablo II: