Diablo Immortal Leveling Guide – How to Level Up Fast

If you want to earn all you class' skills then you need to know how to level up fast. Here's a guide that will teach you how. 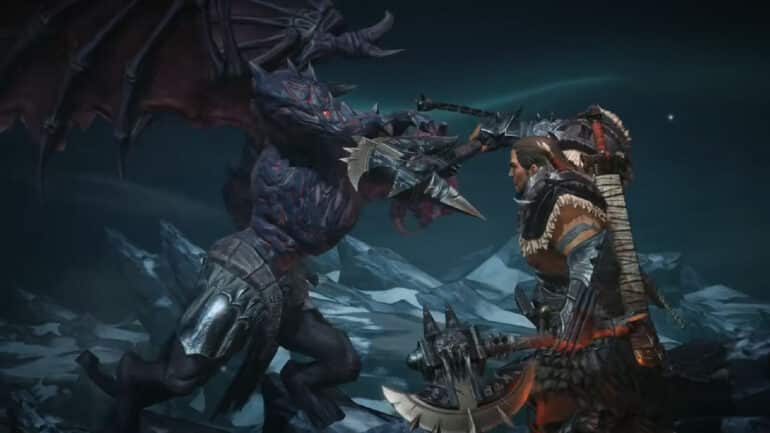 The level cap in Diablo Immortal is Level 60. Once you reach level 60 you can no longer level up but you can still earn points to invest in the Paragon skill tree.

How to Level Up Fast in Diablo Immortal

Here are the best ways to level up fast in Diablo Immortal:

You can level up pretty fast in Diablo Immortal just by playing the game however you need to prioritize certain aspects if you want to reach higher levels quickly. Some content just don’t give you the EXP you need to level up fast and are best avoided to not waste time.

We’ve given a more detailed explanation in this levelling guide for how to level up fast in Diablo Immortal.

Do the Main Story Quests

The Main Story quests give significantly more EXP than the side-quests. We aren’t saying that you shouldn’t take a side-quest every once in a while but you should prioritize the main story as it’s more rewarding for faster levelling.

Complete Quests Rather Than Clear Zones

Completing quests give far more experience than farming EXP by clearing zones. You may be tempted to defeat foes to gain EXP but they aren’t as reliable of a source for levelling up. If you’re doing a quest, instead of clearing a zone go for finishing the quest as soon as possible.

Round Up Monster Before Engaging

Monsters are aggressive and will follow you around. A lot of classes in the game have reliable AOE damage and crowd control skills. Run around and make mobs follow you before engaging them all in crowd control combat as it saves more time and cooldown periods for your skills than just engaging them one by one.

Save Up on Gear Upgrades

You may be tempted to upgrade your current equipment for a big boost in power. However we recommend that you save your Gold and materials whenever you can. While upgraded gear from the Blacksmith usually beats the attribute boosts from other dropped gear, you will eventually come by a gear that has better and more beneficial stats than your current upgraded version.

Instead of upgrading the new equipment, consider transferring the upgrade rank to the new item that’s within the same gear slot. Diablo Immortal allows you to do this so long as that equipment s in the same slot.

Save Your Battle Points

Completing dungeons really reward a lot of EXP however they can be difficult to tackle on your own. Assembling a team composition will help you out big time here. Dungeons reward you with a lot of EXP that also scales with your kill streak. The higher your kill streak is, the more EXP you get at the end.

You will want a class that has good AOE damage or at least be in a party with one. Our Diablo Immortal Tier List – Classes Ranked shows which classes are great for dungeons.

Bounties can be undertaken from the board in the Palace Courtyard of Westmarch. You can take up to 8 bounties per day and you should make it a habit to take all the bounties each time you login. Bounties will reward you with decent EXP to level up.

And that’s how to level up fast in Diablo Immortal. We hope this levelling guide really helped you out.

Hey, if this quick guide really helped you out then you might want to stick around! We have more Diablo Immortal content for you to check out. You might be interested in the best builds for each of the classes in this game.

For more of our Diablo Immortal content, check here.