Diablo Immortal Clans – How to Join and Create Clans 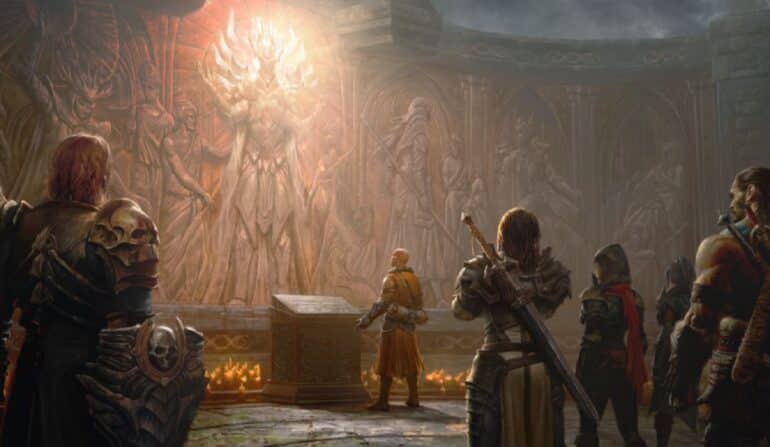 Diablo Immortal Clans play a major role, serving as a platform for competitive rivalry. The concept is  pretty straightforward, however creating a clan can be quite expensive.

Although PvP and PvE are both enjoyable, you’ll get the ultimate experience if you join a clan. Here’s everything you need to know about Diablo Immortal Clans.

How to Create a Clan in Diablo Immortal

Once you reach level 30, you can access the Diablo Immortal Clan feature, and  In order to create your own clan, you will need to spend 100,000 Gold fee, which can be earned through slaying monsters and finishing quests.

Once you’ve collected the necessary funds, go to the Adventurer Tab in the Main Menu. There you’ll see an option called Create Clan, simply click on that and you’re done, easy right?

After you have established a clan, you are free to invite other players, set goals and ranks, and much more. Take note that the maximum number of members that a clan can have at this time is 100-150.

How to Join a Clan in Diablo Immortal

Joining a Clan in Diablo Immortal is pretty straightforward, simply head over to the Main Menu in the upper right corner of the screen. Then navigate to the Adventurer Tab (same as creating a clan).

There, you will be able to search for and view clans that have open spots available. Once you’ve found one, select the Apply Button. The only thing left to do is wait till you get accepted.

How to Create a Dark Clan in Diablo Immortal

Dark Clans symbolize the Shadows and are eligible to compete for the coveted title of Immortal Clan with other Dark Clans.

First, you must join the Shadows’ faction through the Shadow Lottery in order to create a Dark Clan. This is a timed event that takes place three times a day in your server’s official timezone at 12:00, 18:00, and 21:00 respectively. You must meet the Mysterious Patron at the Westmarch Tavern during these times to participate in the lottery.

Unless you’re fortunate, you’ll get to fight three bosses in a secret tavern chamber. If you defeat all three, you will join the Shadows.

Akeba’s Signet, which allows an existing Shadows member to use to invite a player directly, is an easier way to join the Shadows. You can acquire it by joining the Shadow Lottery once again if you are already a member. Note that having as many players as possible as you begin the Rite of Exile will help you in your battle against the Immortal Clan.

How to Become an Immortal Clan in your Server

If you join or form a Dark Clan, your Clan can compete to become the Immortal Clan of your server. Exclusive raids and higher loot from the Elder Rifts are just some of the perks enjoyed by the Immortal Clan members.

Your Dark Clan needs to take part in the Cycle of Strife in order to advance to the level of Immortal Clan. During the course of this timed event, Dark Clans will be asked to complete a number of different challenges in order to make advancement on a scoreboard.

Clans that finish in the top 10 of each cycle are given the opportunity to compete in the PvP tournament for Rite of Exile. The victorious Clan can then challenge a representative of the current Immortal Clan in a Raid-Boss-style showdown against the current Immortal Clan. Whichever clan loses in the final battle, they will return to being a regular Clan and must compete once again.

There’s a variety of Diablo Immortal Clan Achievements players can work on, along with daily and weekly challenges in order to receive rewards.

Here are some of the achievements your clan can accomplish:

Here’s and awesome video by No-Nonsense Guides on How to Join & Create Clans in Diablo Immortal: