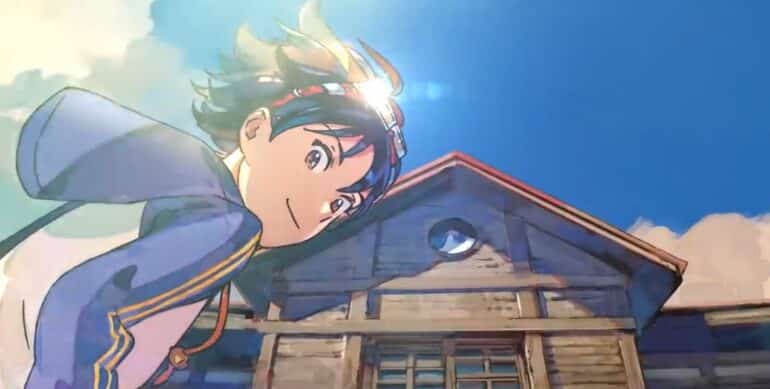 At the end of the month of July 2022, Digimon Survive will be coming out for most of the major consoles and previously, the gameplay mechanics and story of the game were explained. Recently, new details about how to evolve Digimons in Digimon Survive have been revealed including a new character that will be introduced to the game.

What is the  Kemonogami folklore?

“The indigenous belief that Takuma and his friends came to the extracurricular camp ” Kemonogami Tradition ” In the ancient times, in order to pray for fertility or to worship disasters, sacrifice a child to the beast god, ” Kemonogami .”

The dedicated child disappears somewhere alive. This was later transmitted as “spirited away”. However, as the times went down,

“Kemonogami” was treated like a tatarigami in Shinto, and was enshrined as an object of fear and requiescats. The once sacrificed and worshiped “Kemonogami” has transformed among the people as a raging god that causes curses and “spirited away”. And the belief in “Kemonogami” will soon disappear, and in modern times, only the old people know “Kemonogami”, and it is a belief that is being lost.

“Kemonogami”, who has lost faith and is about to disappear from the world forgotten by people, invites children to another world in search of new sacrifices …”

He is an associate professor at a local private university and teaches folklore. His dissertation, which interprets his folklore and myths from a unique perspective, is treated as heretical by academic societies. He believes that the paranormal phenomenon in this world has undiscovered factors that go beyond modern science and that the key to solving the mystery lies in the legends written in ancient literature in various places. He met Takuma and others while investigating the shrine dedicated to “Kemonogami” and was involved in the incident.

Evolving one’s Digimon is important and as stated above, the mechanics of how to evolve your Digimon will be dependent on the choices each player makes.

The story changes with the accumulation of actions selected in the “choices” that appear in the conversation of the text adventure part and in the middle of the investigation, and the evolution destination of Agumon, the partner of the main character Takuma, also changes.

The “karma value” changes depending on the answer of “choice”, and the “karma value” is a diagram of “morality“, “harmony“, and “passion“. There are 12 scenarios in total, and later onwards, by accumulating choices up to that point, the scenario will branch into three routes: “morality,” “harmony,” and “passion.” By seeing the ending of “morality“, “harmony“, or “passion“, further “back route” will be released.

The main character’s companion, Agumon, evolves as the story progresses. The evolution destination changes according to the “karma value” accumulated by the options up to that point. Vaccine, Data, and Virus are paired respectively with each other, and there are 3 types of Rookie, Champion, and Ultimate, and they are released by the back route. There are also special evolutions. However, not all evolution lines will be available for choosing.