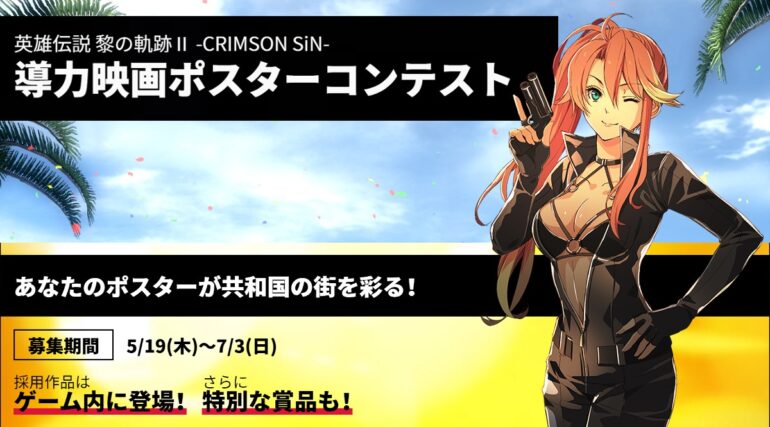 Kuro No Kiseki 2 Crimson Sin is now being talked about as one of the most talked-about games in the JRPG community. Not only has it caught the interest of many gamers but artists as well. Knowing this, Nihon Falcom has recently announced a contest for Kiseki fans worldwide.

As stated on this Twitter post from Nihon Falcom, the developers of Kuro No Kiseki 2 Crimson Sin are offering creative artists a chance to share their artworks for three movie posters they will be using for the game.

Produce Three Movie Posters Based on the Titles and Genres.

Winners will receive the following:

1. Chosen winners will have their artworks displayed as free DLC in the game

2. Winners name will be displayed in the credit scene of Kuro No Kiseki II Crimson Sin

3. Actual B2 Size poster of winner’s Artwork with a free copy of Kuro No Kiseki II Crimson Game for the Playstation 4 and Playstation 5

Kuro No Kiseki 2 is set to be released this coming Fall 2022 for the Playstation 4 and 5. More info will be revealed in the near future as well on their main website.