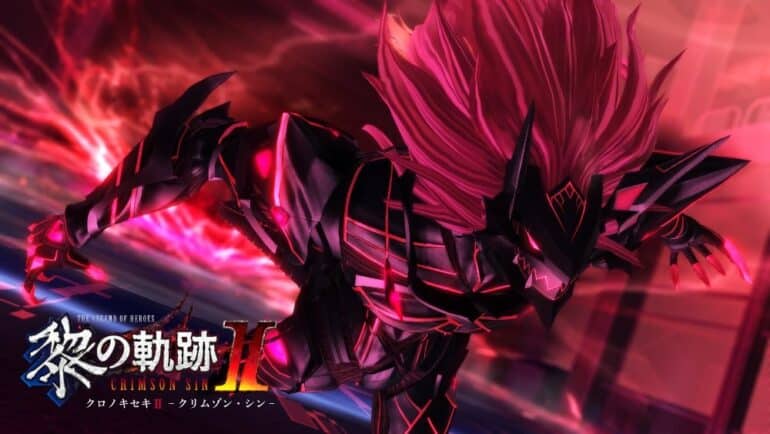 In a media interview with the developers of Kuro No Kiseki 2 by Famitsu, new details about new and returning characters are coming to Kuro No Kiseki 2 as well as new images showing new areas that players will explore once the game comes out.

As seen on the scans above, we see 2 returning characters who made their debut on the Kuro no Kiseki. Celis Ortesia and Rion Balthazar, members of the Septian Church, will be playable on Kuro No Kiseki 2: Crimson Sin. In the images above, not only are these two Septian church members playable but they will be important assets in Van’s adventures.

Zorga, a mysterious man who wears a black coat, is known to be the face behind the red Grendel. He can transform into the red-clad Nighmatre which is bigger than Van’s form using the same Hollow-core similar to the one that Van uses. However, it is not clear what his main intentions are, his relationship with the Eighth Genesis, and the existence of the HC: Altera.

Hollow Core: Scarlet/Crimson Altera also has a free will just like Van’s Core, but her personality is more arrogant-like and prideful than Mare and she despised humanity. She also resonates with the Eighth Genesis that Zolga possessed that transformed into the nightmare-clad.

Kuro No Kiseki 2 is set to be released this coming Fall 2022 for the Playstation 4 and 5. More info will be revealed in the near future as well on their main website.