No lovey-dovey for Warriors sadly. 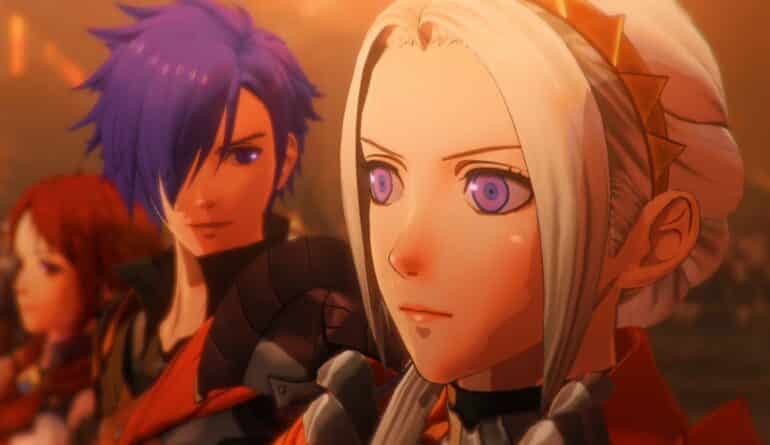 Romance was a key feature in Three Houses which many players enjoyed and we’re all keen to know if it’s made a return for this Fire Emblems title. So are there any Fire Emblem Warriors Three Hopes romance features in the game to look forward to?

For the most part, Fire Emblem games are about forming relationships with various characters and eventually developing a special connection with one of them. However, despite the game’s extensive and in-depth bonding system, the Fire Emblem Warriors Three Hopes romance options are missing in most sense.

Is There Romance in Fire Emblem Warriors: Three Hopes?

There is no romance in Fire Emblem Warriors: Three Hopes. You cannot romance characters in this game. The feature from Three Houses has not made a return for this title.

Shez, the main protagonist, regardless if you chose them as male or female cannot form s-rank bonds with other characters. So there isn’t any way to form romantic relationships with anyone in the game. The closest thing you get is a “date” with them which doesn’t really lead up to anything romantic.

You can still choose to bond with characters however and this will unlock new scenes and dialogue. However, nothing romantic remotely happens. There are a few dialogue that hint that there’s something deeper happening behind the scenes but that’s really about it.

Players hoping to carry over their romantic progress from Three Houses will be disappointed. Any characters romanced will be completely absent in Fire Emblem: Three Hopes. They’d have to continue on as a lonely but eligible bachelor/bachelorette.

Check out this Youtube video from Rubhen925 showing one of the closest things to romance in Fire Emblem Warriors: Three Hopes.